Le braai is fast gaining popularity in Paris, thanks to a burly and bearded boerseun from Oudtshoorn 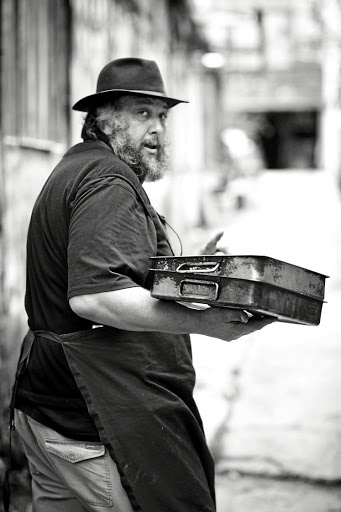 Having moved to Paris 10 years ago, the former film producer has been at his popular Kobus Braai business for almost five years, and is best known for his feisty outdoor feasts held for 1,000 and more sit-down guests.

What began as two braai restaurants, first in the Midi and then in Paris, set him on his path when he was invited to cater for large functions, some of which became mass events.

That his robust South African take on le barbecue is going down well is evident from countless photos on Facebook and Instagram and the good press and TV the Braai King receives in his adopted country.

The list of noteworthy French occasions the Oudtshoorn-born-and-bred boerseun has braaied at is not only impressive, but downright incredible, the biggest being the InterRhone Valley Wine Tasting that takes place every second year. There Botha caters for 5,000 to 6,000 wine lovers from around the globe for four days.

Other accolades include cooking for national sporting bodies, which normally would be the domain of French chefs par excellence. When France won the 2020 Olympic bid, Kobus Braai was tasked with putting together the outdoor barbecue - a fashion in outdoor catering since he's arrived on the scene. The chosen venue was the back garden of the Montmartre Museum, where Botha happily served braaivleis to 200 delighted guests till late that night, all the while keeping the braai fires stoked high in honour of the eternal Olympic flame.

More recently, when the French made the final of the 2018 Soccer World Cup, co-sponsor Nike got hold of Botha the night before the game, asking him to set up a celebratory dinner for 250 VIPs - on condition that the French won the next day, which they did.

In a recent stint with revered Michelin-starred chef Jan Hendrik van der Westhuizen, the two friends and compatriots promoted the best of SA on the rooftop of venerable Parisian department store the BHV, where they served the press and select clientele South African treats. 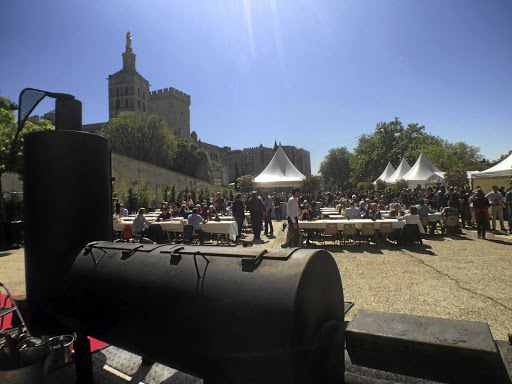 They also collaborated on the second of Botha's three braai books (all written in French). For this project Van der Westhuizen was Botha's first choice as photographer. The English version was launched recently in SA, called Le Braai: Braai with a bit of je ne sais quoi (Penguin Random House, R250).

As a braai book, it stays down to earth and genuine, paying homage to the best cuts of meat and the freshest of fish, which Botha has no problem sourcing from his top-notch suppliers all over France.

"There is so much good food to be found everywhere in France, all you need is salt, pepper and wood. But then, without proper technique and timing you won't get to make a good braai," he says.

With Botha having taken braai to gourmet levels in France, one can expect the inclusion of some fancy elements such as grilled artichokes (with a raspberry vinaigrette), creamed shallots and the sensible French braai invention papillotes - chopped veggies in wax paper parcels done on the grid. "They're the best," says Botha. "I make them all the time. That way you don't lose any flavour."

Also included are easy Moroccan "skinless" coriander sausages - a much quicker option than making one's own boerewors, though the recipe for the latter is one of Botha's Proudly South African specialities.

Another dead-easy recipe is for quails stuffed with grapes, coal-roasted on thyme sprigs for flavour. Duck breast Kampana style is Botha's manly take on the meat that the French so love.

With no braai being complete without some bread, there's an easy white bread recipe used throughout for buns, flatbread and the traditional "bread on a stick" (stokbrood in Afrikaans). 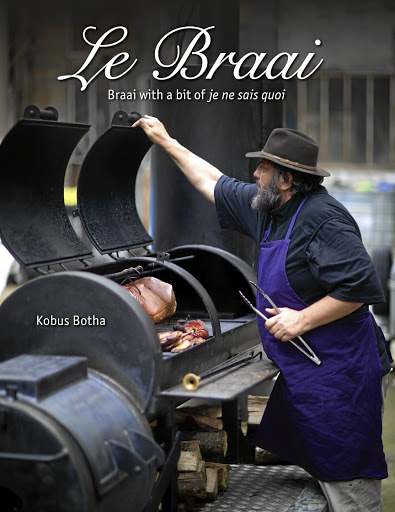 Having taken time off to attend the Cape Town, Joburg and Durban launches of the book in August, Botha and his 14-year-old son managed to fit in road trips to the Karoo and other haunts as well.

The best part was being reunited with the family - his sister Elmarie, co-producer of Boer Soek 'n Vrou on kykNET, and Botha's 84-year-old mom, Neelsie, whose fine hand in the kitchen inspired a lifelong interest in good food.

Back in France there is a busy programme ahead, starting with a documentary series last month, followed by two more about his braai art. Having worked in both movies and food, Botha is unfazed.

"I love what I do," he says. "I am at my best when I can light a fire in Paris and start cooking for a thousand people. You can say it's my contribution to more happiness on Earth."

Not only did discovering how to cook with fire help the human race evolve, but it also gave Mzansi a national cooking method that's capable of ...
Lifestyle
3 years ago

Prepare to lick the pages: 7 of the best new cookbooks

Cookbooks jam-packed with great recipes from the likes of Jamie Oliver, Zola Nene and Yotam Ottolenghi
Lifestyle
3 years ago