Making a meal of it

Wedding feasts with a side serving of snake attack

Food adventurer Jono Hall agrees weddings are a magical time to celebrate love and canapés. But when was the last time you actually had a wedding feast that made you want to say, 'I do'?

I catered a wedding once.

Let me be clear, it was a stupid thing to do. I am not a professional cook, not by any stretch of the imagination. I am, at best, an eager amateur who can deliver a decent poached egg – but at the time I was running a little once-a-month, pop-up restaurant and some dear friends of mine thought it would be a nice touch if I did the food for their Big Day. With the careless enthusiasm of idiocy, I said yes.

This is how I ended up cooking for basically 48 hours straight in a bush kitchen where my main concern was not whether I’d undercooked the croquettes but knowing the whereabouts of the 5m python that was hiding somewhere above the dry larder, because it was entirely possible at some point it would drag me into the undergrowth and eat me.

I missed the ceremony while making individually hand-rolled mini Greek salads. I missed the speeches plating over 100 flaked smoked salmon starters on leek and potato cupcakes. I did not have my photo taken in the booth wearing a feather boa, a pair of oversized novelty sunglasses and a sailor’s hat because who knew baking venison pies with the initials of the married couple designed into the pastry lids would take so long.

After it was done, I sort of stumbled out onto the dance floor in a glass-eyed daze, just in time to watch three of the best men taking turns to jump over a fire pit, which seemed like way more fun than trying to feed them had been. But, at the end of the day, I didn’t kill anyone with the food. Everyone had something to eat and seemed to enjoy it. So, I feel I can claim some kind of modest success.

The experience has made me supremely respectful of anyone who would willingly take on the job of providing food at a wedding because it has to be up there with being wasp bait or treasurer-general of a rubbish dump as thankless examples of How Not to Spend a Weekend. But, when I took on the folly of my foray into that world, it was because I desperately cared that my friends not have to eat pallid Martian-penis asparagus or have to navigate a grilled chicken breast lurking shamefully near iceberg lettuce advertised as a “green-leaf salad”.

Wedding food is an oddity, mostly because it does seem to be the first thing people ask about after you’ve been to one, but also the first thing you forget. “How was the food?” people will desperately enquire. And it confuses me. Because, other than Aunty Merle who’s going to shove as many of the individually wrapped dessert chocolates into her handbag as she can, does anyone ever remember what they ate at the last wedding they went to? And, secretly, I think wedding caterers seem to know they’re providing the culinary equivalent of Brett’s best-man speech which started with, “I can’t believe my boet Dylan has finally decided to settle down with Candy-Lee …” and don’t really put in an effort. 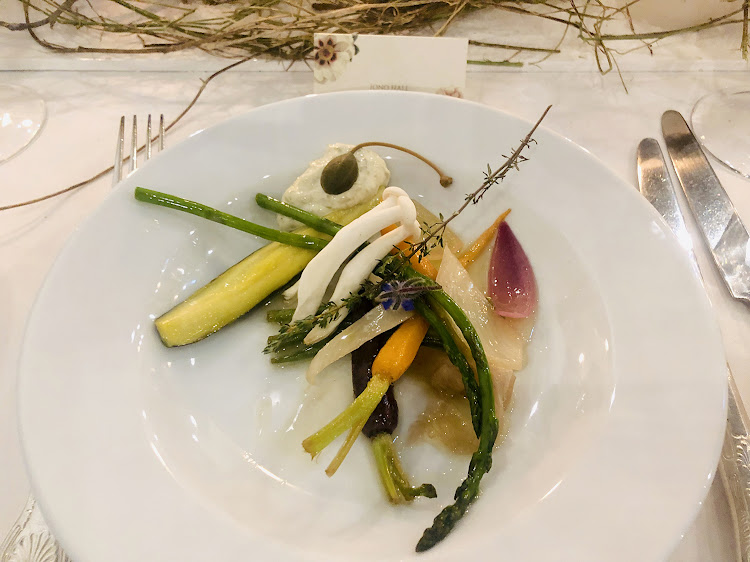 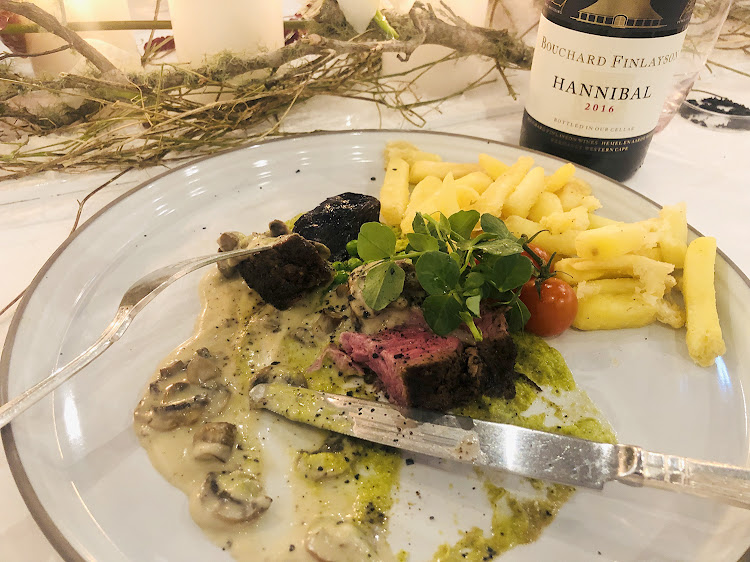 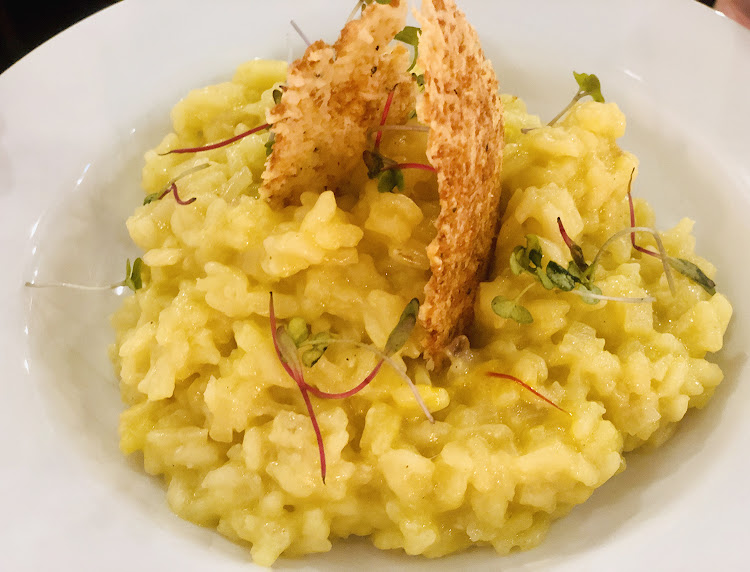 It is when someone truly decides to go for it that it becomes a marvel, as I recently experienced. It was a shining rebuke to the disastrous economics of mass food production and nuptial awkwardness. A couple of weekends ago, I went solo to a wedding whose invitation gave the dress-code as “black tie”, which basically means, “We went to a lot of effort for you people, so best you try to look nice for it.” Which is fair enough, because they had. It was an incredible example of what happens when the extra mile is walked. Delicately tender steamed vegetable starters, lavish fillet medallions, duck-fat fries, and a panna cotta dessert that included a spoonful of honey provided by the married couple’s own beehives (I mean, come on), it was the kind of meal I’d have fallen to pieces for at the best of times, let alone at an evening where at some point there will definitely be a middle-aged white guy with his tie wrapped around his head trying to figure out how to dance to Vulindlela and sweating on you.

If only they’d wrestled a deadly 10m killer python with a taste for man-flesh while plating the saffron parmesan risotto, it would have been perfect.

Just a friendly noodle dropping by to give some (much) needed advice
Image: Jono Hall

Is where you sit in a restaurant just as important as the food you eat while you're there?
Lifestyle
1 year ago

Zuri Zanzibar: say 'I do' to some me time on the Spice Island

Travelling solo in Jordan? Take a tour to unlock this kingdom's treasures

R250 for a pack of cigarettes - We go undercover to find smokes, and it was ...
Adoptions on hold: Shelters struggle with space for newly abandoned babies ...