Local #FoodCrush | J’Something has cooked up something new on YouTube

Blending his love of food and music, the Mi Casa frontman has launched an online cooking channel 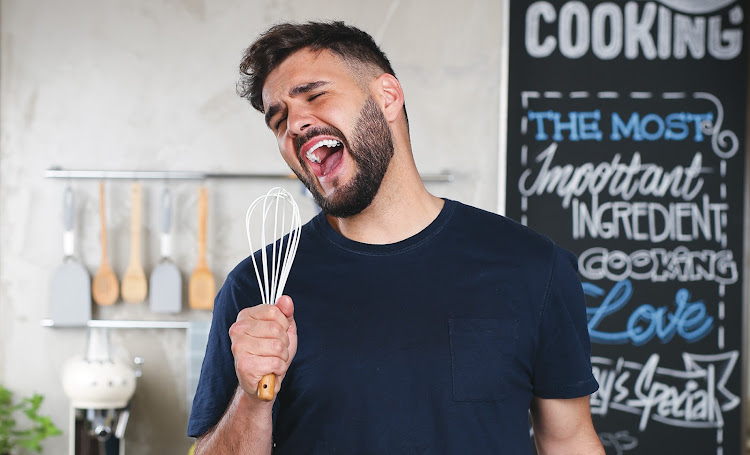 Mi Casa frontman J’Something keeps adding to his resume as celebrity chef. He turned to the pots after he posted a picture of a roast chicken and potato dish on Instagram almost six years ago, settling on the hashtag #SomethingsCooking.

Since then he has brought out a cookbook, hosted Something’s Cooking on Mzansi Magic and opened his restaurant Something’s Cooking by J. He has been a judge and host on My Kitchen Rules South Africa and even launched his own gin brand last year, Jin Gin.

At the beginning of March, he announced his next cooking adventure: the launch of Something’s Cooking TV on YouTube. It is an extension of everything he has been doing and a way to do something different.

The energetic, down-to-earth musician-turned-cook says he considered going the traditional TV route but that it is limited. “The way people are being entertained from a visual point of view has changed dramatically. YouTube is an incredible platform that has so much inspiration and content.”

The videos are short and snappy and set to music produced in J’s home studio by brother-producer duo Jay-Em from Port Elizabeth.

They feature all the information viewers need to make the dish, such as ingredients and method. More detailed versions of the recipes featured on the videos can be found on the food segment of his website or in his cookbook.

J says what’s available on the channel now is only the beginning of “a lot of cool stuff”. He’s working on 24-minute episodes, in line with more traditional cooking shows, and future episodes will feature celebrities and special guests.

Initially, 12 episodes will be released every month and three videos will be promoted on social media platforms every week.

As part of the evolution of the platform, J will be releasing a playlist that you can cook to every four months.

Something’s Cooking TV is a fun and fresh YouTube channel that you can turn to for quick inspiration, new spins on old favourites and easy-to prepare dishes you can nail in the comfort of your own kitchen.

My family plans our lives around food, says J'Something

WATCH | Hate making pastry? How to make a tasty quiche with a bread crust

There's no need to mess about with pastry when making this scrumptious bacon, mushroom and spinach quiche
Lifestyle
3 years ago