Making a Meal of It

Can waiters please stop asking, ‘Are you enjoying your food?’ 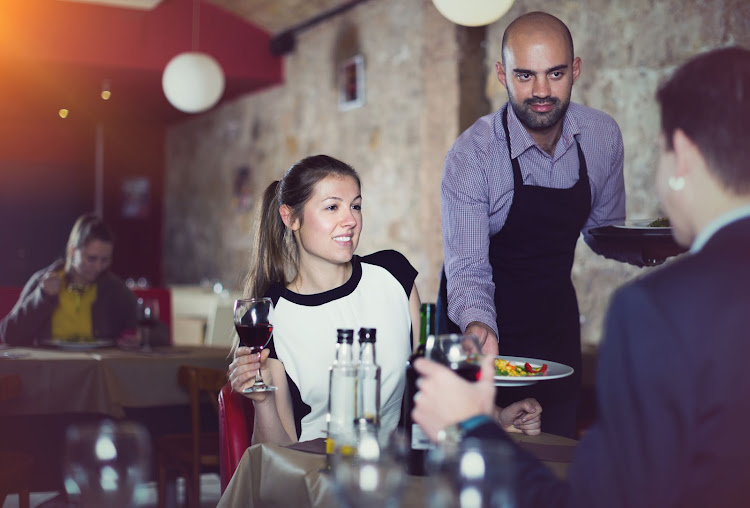 "Why, yes, everything is great, thanks for asking the 16th time."
Image: 123RF/jackf

I’ve been visiting Cape Town since, basically, forever and yet in all that time have somehow never gone to Giovanni’s.

To explain, Giovanni’s is the kind of place Capetonians revere as an institution. A place on the cultural landscape supposedly without peer or equal. Confessing out loud that I’ve never been there immediately cues the kind of shock and horror that is normally reserved for gross human rights abuses.

When I finally did go, it was fine. It’s a nice deli. But this isn’t a story about Giovanni’s. No, this is about the dinner that happened because of a friend I bumped into at Giovanni’s.

Yezi is one of those people I always enjoy seeing and we immediately got in everyone’s way as we attempted to have a catch-up next to the hummus. And because we hadn’t seen each other in a while - and both our girlfriends happened to be in the same city as us (which doesn’t happen very often) - he said, “Let’s get away from this very narrow hummus aisle and all go have dinner.” He’d choose the spot.

The restaurant he picked was a boutique-ish place that I was super-keen on going to and had been meaning to visit for ages but (like so many things) just had not got around to.

It turns out it offered deconstructed fine dining meant to appeal to a narrow band of moneyed, mid-30s professionals who want to appear in touch with “what’s good” without necessarily having to put in the effort to actually go and look for it. The kind of place that values the idea of a meal, rather than the reality of it: an Instagram-ready design aesthetic that, in person, just kinda feels a little empty and austere.

And empty it was. Within about 20 minutes of us being there, we were the only table.

Now I don’t say this to be mean or anything, but more to highlight that being the only people in a restaurant creates a very specific kind of pressure. You instantly feel an intense performance anxiety, which really shouldn’t be associated with going out to eat - at all times excruciatingly aware of the fact that there is no cushioning between you and the people running the place.

You can’t be anonymous in the babble and hum of other diners; the eyes of the establishment are on you and you alone - which in turn breeds a kind of urgent attentiveness that can end up being quite, well, unnerving. 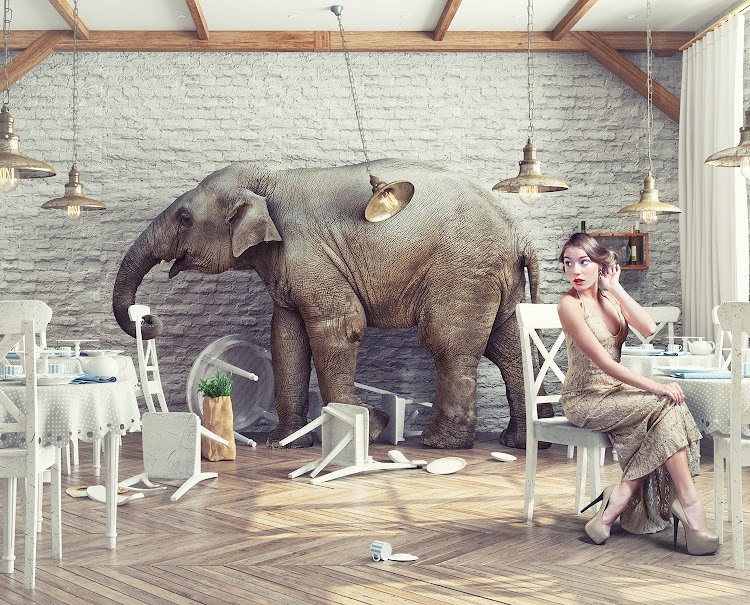 Being asked, “Are you enjoying your food?” is probably one of the most loathsome experiences to force anyone eating in a restaurant to endure.

It’s a lose-lose situation, inevitably, because the person asking it always times their intrusion to perfectly coincide with the moment you’ve put a forkful of potato in your mouth, forcing you to show the world sloppy goo if you try to answer the question.

And the answer itself is also a dangerous tightrope to compel someone to walk - let’s consider the options...

Either I say “no”, at which point we’re going to do this weird thing where the exact reason I’m not enjoying myself gets interrogated and at some point they’re going to try to take what I am eating away from me and replace it with an exact same version of it, which absolutely 100% has been spat on.

Or I just say “yes” - because I feel weirdly bullied into affirming someone else’s need to reassure themselves that their restaurant isn’t crap.

So, there we were. Now add to this mix the fact that there is only a set tasting menu, each course of which needed to be explained, at alarmingly frequent intervals, at length, without respite.

It meant the amount of talking we had to do to people who weren’t each other started to get to the level where, by about 30 minutes into the evening, I’d probably spoken more to the (very sweet) waitress than I’ve spoken to my own mother in a decade - all while being side-eyed by the chefs in the open-plan kitchen about a metre away from us.

It started to feel like we were unwitting participants in a performance-art piece, where any minute someone dressed as a ghost was going to set us on fire as a complex allusion to late-stage capitalism.

Every single time we got into some kind of conversational swing, a small “excuse me” slipped into the table like a gentle assassin’s dagger between the ribs, so we had to stop our discussion and hear about what we were about to be served with all the detail and precision of a tax return.

Forty minutes in and enough conversational threads lay dead around us for it to be considered some kind of mass crime.

Now, you could obviously argue that we were in the wrong restaurant. Clearly, the experience being offered was not one compatible with what we needed that night and that’s not their fault. Which is totally fair. But at the end of the day, I can’t help feeling that the simple act of sharing food with some friends you haven’t seen in a while should somehow be … simple?

Wedding feasts with a side serving of snake attack

Food adventurer Jono Hall agrees weddings are a magical time to celebrate love and canapés. But when was the last time you actually had a wedding ...
Lifestyle
2 years ago

Is where you sit in a restaurant just as important as the food you eat while you're there?
Lifestyle
2 years ago