Image: 123RF/rawpixel Thanks to the craft beer revolution, there's now a brew to suit every taste.

Beer! Far from being boorish, its recent hipster-endorsed status has helped to heap accolades aplenty on this hop-and-malt-based brew. What started out as fermented-wheat gunk is now praised, not only by bearded braaiers, but by people from all tiers of society — including women.

SA has seen exceptional growth in local breweries and the explosion of the craft beer industry, with both big and small players, is just beginning.

With this in mind, we set up the Sunday Times Lifestyle Beer Awards, in partnership with Makro, to find the very best brews in SA.

HOW THE JUDGING WORKED

We received a total of 82 entries, which were then narrowed down to 10 finalists (two per category), by a panel of judges who all have a formal background in the beer industry. This included the likes of Greg Gilowey and Karl Tessendorf from the TV show Beer Country and Fanent Zimba, GM of Beer House.

The 10 finalists were showcased for consumer tasting at Makro outlets across the country, where shoppers could vote for their favourite. 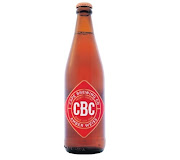 The beer: This award-winning beer is a German-style craft that is fruity and satisfyingly aromatic. It is amber and slightly reddish in colour. The unfiltered beer is only slightly hopped so only a light bitterness is noticeable in the finish. Banana ester and a slight hint of clove is noticed in the finishing.

The brewery: The Cape Brewing Company's master brewer Wolfgang Koedel has over 30 years of experience and is even more passionate about beer today than when he first became an apprentice brewer in Germany. The brewery produces a wide range of beers using the finest ingredients and state of the art equipment. Situated in Paarl, it provides a tasting experience where visitors can watch the beer-making process. 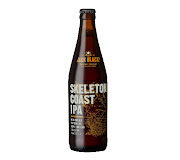 The beer: A hazy amber ale with a full malt flavour and extreme hop character. Skeleton Coast IPA has inviting earthy, floral and citrus notes on the nose and palate, owing to subtle dry-hopping during production. Sweet-toned caramel profiles reveal themselves later on the tongue, before fading into a pleasantly dry, bitter finish. Excellent match with lamb, spicy dishes and curries.

The brewery: Jack Black Brewing Co is a family-owned business founded in 2007 by partners Ross and Meghan McCulloch with an aim to change the craft beer landscape. Their experience of North American craft beer culture plays a part in their success locally. Sample their beer offering at their taphouse in Diep River, Cape Town. 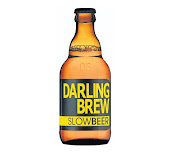 The beer: A dark, golden lager with a refreshing hoppy flavour rounded off with a mild bitterness. Sweet at first with great supple body and luxuriously frothy head, it has banana and vague grassy notes. True to its name, the Darling Brew Slow Beer is designed to be enjoyed at a leisurely pace. It is naturally fermented and preservative free. Great to pair with a braai or with cured meats.

The brewery: Founded in 2010, Darling Brew is one of SA’s first well-established and award-winning microbreweries that brews a wide range of premium speciality beers, including traditional lagers, ales, oat ales, pale ales, IPAs, wheat beers and exotic darks. Their tasting room is in the small town of Darling on the Cape West Coast. 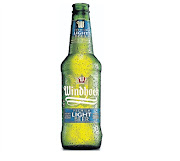 The beer: A refreshingly crisp, natural light lager brewed the Reinheitsgebot way using only natural ingredients —malted barley, hops and water. Low in alcohol and kilojoules, without compromising on taste, it contains no preservatives or artificial ingredients and is the ideal beer for the health-conscious beer lover. Balances rich foods well and is excellent with rare steaks.

The brewery: Once brewed at the Felsenkellar (Cellar of Rock), on the corner of Sam Nujoma and Tal Street, in the heart of Windhoek’s business district in Namibia. The new brewery was built just outside Windhoek and houses three bottling lines, a canning line and a keg line. Collectively, it has an impressive capacity of over 2.2-million hectolitres per year. It is here that Namibia's best-known beers are brewed and packaged. 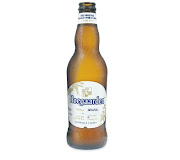 The beer: A pale yellow, murky colour with a creamy head, Hoegaarden Witbier has notes of lemon essence, spice, coriander and hints of white pepper on the nose. It has a medium weight in the mouth and is very effervescent. Described as zesty and refreshingly fruity with background hints of flowers and spice, this beer is fermented twice —hence its cloudy appearance. Delicious with steamed mussels and other shellfish such as shrimp, clams or lobster, especially with a squirt of lemon added to the dish.

The brewery: Situated in a village called Hoegaarden, near Tienen in Flanders, Belgium. Visitors are welcome all year round. They can soak up the atmosphere and get an inside look at Hoegaarden’s brewery. Guided tours include Hoegaarden beer tastings.