Sommelier Moses Magwaza was a gardener when his potential was spotted 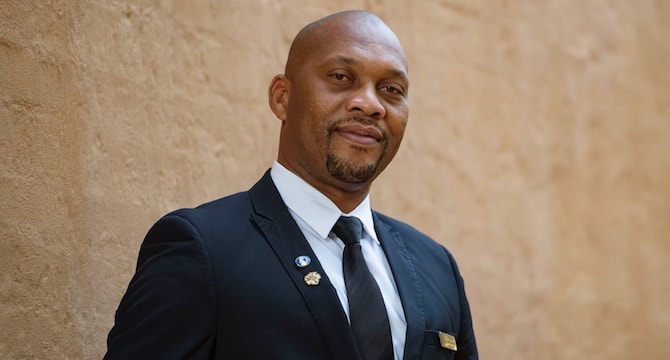 Pretoria-based sommelier Moses Magwaza was employed as a gardener when he began learning about fine wines. Today he boasts several qualifications and travels the world.
Image: Restaurant Mosaic

A Pretoria restaurant has been named the winner of the 2019 World's Best Wine Lists awards.

According to the Daily Mail, Mosaic at The Orient scooped first prize, while London's Sager + Wilde took the prize for best medium-sized wine list.

Blue Hill in New York picked up the best short wine list award, while Air France was recognised for having the best airline wine list.

The winners were announced at the sixth annual event in London in September.

The judges, according to Daily Mail, assessed more than 1,000 of the world’s best wine lists to come up with the shortlist.

“The creative cookery of Restaurant Mosaic at The Orient is well matched by a superb modern wine list containing over 5,000 selections, described by our judges as 'a phenomenal list that is a joy to explore'," the organisers of the event were quoted as saying.

According to the publication, the restaurant's sommelier, Moses Magwaza, oversees one of the most “comprehensive” wine cellars in the country, which comprises more than 75,000 bottles of wine from 5,500 local and international labels.

“The restaurant says that its cellar master travels the globe to seek out 'the finest wines'," said Daily Mail.

According to Mosaic at the Orient's website, the establishment's cellar is one of the finest in the country, “with some of the best and rarest from both South Africa and the world”. The restaurant has earned “numerous” awards and accolades.

Speaking of Magwaza, the restaurant says: “Being a true sommelier requires intensive training in food pairing, wine tasting skills and theoretical knowledge of wines all around the world.”

Born in KwaZulu-Natal, Magwaza was originally employed by the Francolin Conservancy, within which the restaurant is based, as a gardener. He became a waiter and then an apprentice sommelier, before enrolling in 2009 at the Cape Wine Academy, kicking off a string of subsequent qualifications.

It's official: Africa's best pizzeria is in Hout Bay

We asked the owner, Massimo Orione, to share the secret of making an award-worthy pizza
Lifestyle
2 years ago