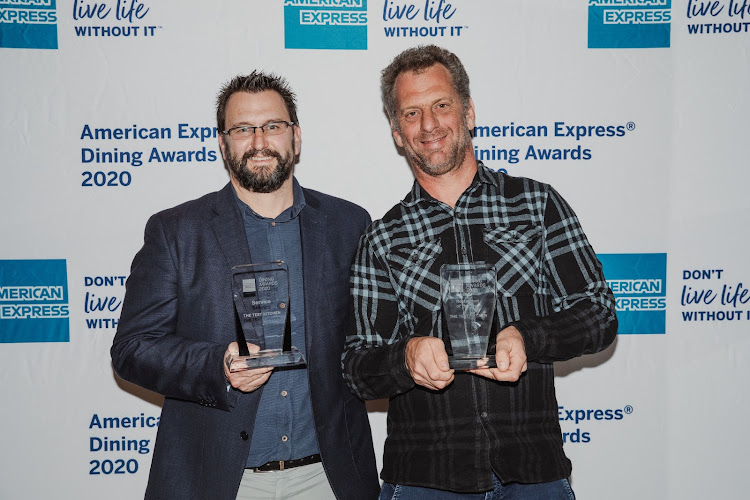 Steve Hackner and Luke Dale-Roberts of The Test Kitchen, which won the Restaurant of the Year and Service awards at the 2020 American Express Dining Awards.
Image: Supplied

The full list of winners of the American Express Dining Awards 2020 have been announced, revealing the cream of the crop of the South African dining scene.

This year, as part of a re-imagining of the awards, the inclusion of 10 new categories — similar to those used in the World Restaurant Awards — added an exciting element.

“We’re delighted to have been able to recognise creativity and innovation in categories that didn’t even exist when we first launched the dining awards programme 21 years ago,” he elaborated.

Here's which eateries scooped up top honours in these new categories:

The awards were handed out at two different ceremonies. The first took place in Johannesburg on October 14, and the second in Cape Town on Tuesday evening.

Judging took place at about 120 restaurants across the country from which 72 restaurants were shortlisted.

Other restaurants that were named as the top in the country include: