Are Maps Maponyane's burgers flippin' good? We tried them out

If alternative burger patties are what you’re after, Buns Out will hit the spot, writes Sanet Oberholzer 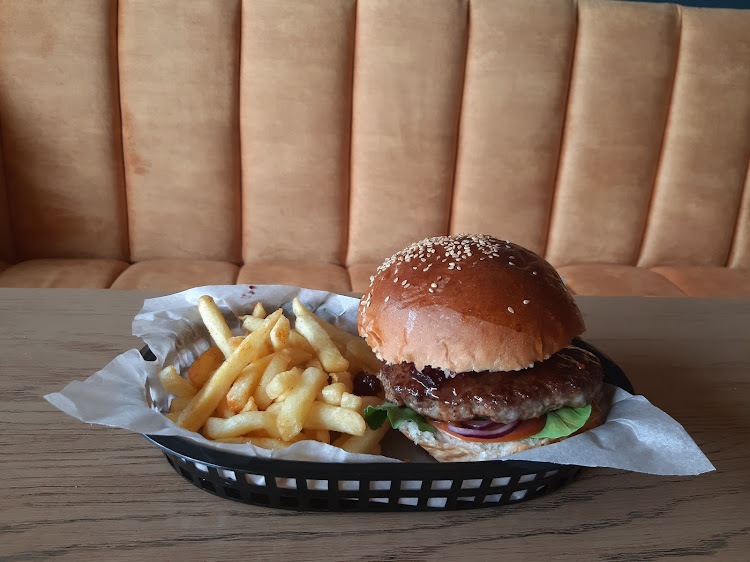 The burgers on the Buns Out menu all have quirky names - this one is called 'Is it Brie You’re Looking For?'.
Image: Sanet Oberholzer

Since opening a little over a month ago, Buns Out has been drawing curious visitors eager to try the burgers dreamed up by celeb owner Maps Maponyane.

Located on Linden’s restaurant-lined 7th Street, it's a laid-back yet trendy burger joint with a self-service setup.

The prominent colours of mustard yellow and emerald green filter through the restaurant, from the window frames outside to the welcoming couch that runs the length of one wall inside.

At first the selection of only 12 burgers on the menu might seem small - especially for an eatery specialising in just that - but the wide selection of patty options available more than makes up for it. There's something to please carnivores, pescatarians, vegetarians and vegans alike.

Apart from the usual 200g beef patty, you can opt for a deep-fried hake fillet or a chicken schnitzel. Vegetarian and vegan options include a Beyond Meat patty, a quinoa patty, a black-bean-and-beetroot patty and a Fry’s vegan chicken patty. Kiddies burgers are available too. 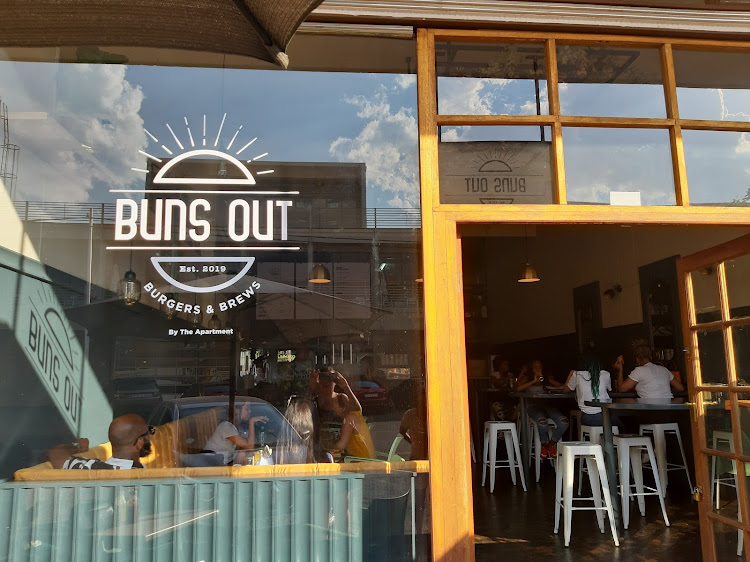 Buns Out is the newest addition to Linden's restaurant hub.
Image: Sanet Oberholzer 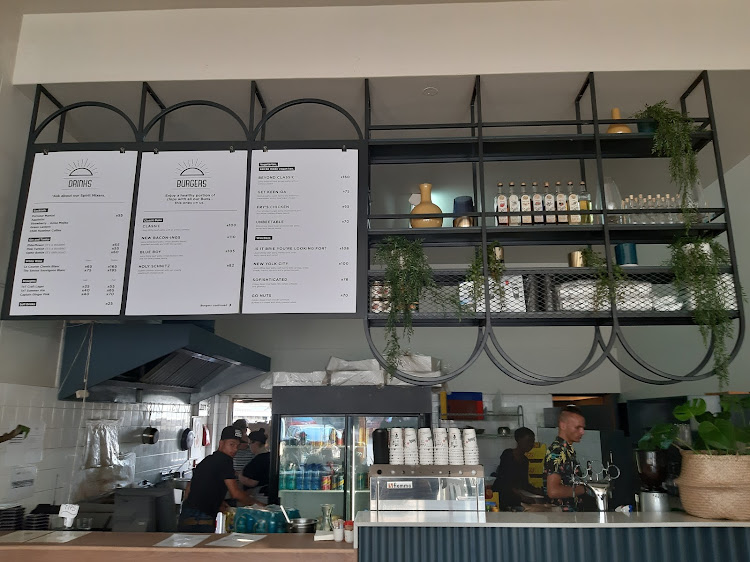 Buns Out has a self-service setup.
Image: Sanet Oberholzer

We opted for beef burgers: the "Blue Boy" topped with hickory ham and a blue-cheese sauce, and the "Is it Brie You’re Looking For?" boasting rocket, melted brie cheese and cranberry sauce.

The portions are big and all come with chips. Served with traditional tomato sauce and mustard, these demand to be devoured. The buns are beautiful (and make for sexy Insta snaps) and the patties are well cooked. 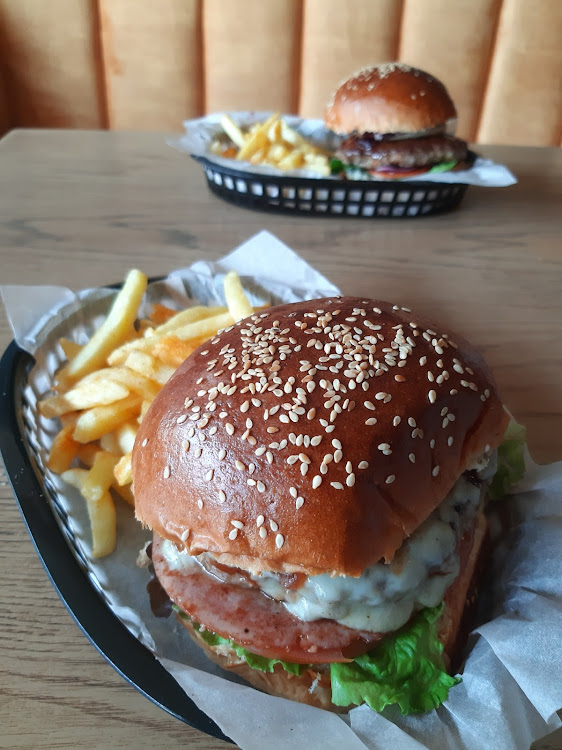 The buns at Buns Out are Instagram-worthy.
Image: Sanet Oberholzer

That said, the brie-and-cranberry burger was a bit of a letdown - not because the basic elements weren’t done well, but because the extra trimmings in the form of cheese and rocket were somewhat scant.

Also while I love a good blue cheese burger, I feel the blue cheese should be present, not just hinted at.

At an average of R115 for a beef burger, I expected more.

Unfortunately the restaurant has been battling to get their liquor licence for a few months, so while an enticing cocktail menu seems alluring, for now it’s a BYO situation.

They do have an agreement with the neighbouring bars and eateries regarding booze, but when I went to place an order for a gin and tonic next door, I was asked to get a glass from Buns Out.

The thought of running up and down between the two venues didn’t appeal to me, so I opted to have a drink elsewhere after my burger. This meant that my meal became a bit of an "eat and run" situation.

Once their licence is sorted out, I imagine the feel of the space, combined with the good food, will entice you to linger longer over a couple of beers.

• Buns Out can be found at 32 7th Street in Linden, Randburg. It's open seven days a week from noon. More details on their website.

While Mzansi’s celebrities were making headlines at the weekend with flashy weddings, actor Maps Maponyane shared exciting news: he has opened a ...
Lifestyle
1 year ago

Shucked is a sophisticated spot to enjoy a mellow night out with a classic cocktail in hand, writes Catherine Black
Lifestyle
1 year ago

Along with Durban-style and North Indian curries, you'll find contemporary Indian-inspired dishes on the menu at this affordable eatery's three ...
Lifestyle
2 years ago