Eat Out has just named Restaurant Mosaic one of SA's Top 10 restaurants for the tenth time. Chef-patron Chantel Dartnall has now withdrawn the eatery from eligibility for next year's list 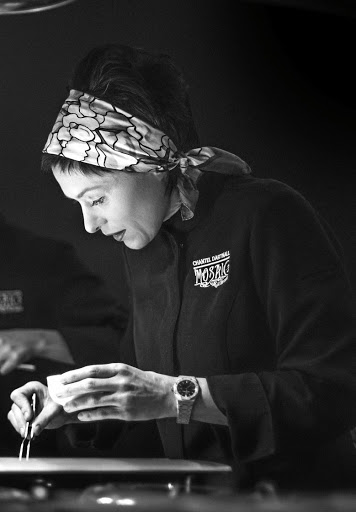 Chantel Dartnall, chef-patron of Restaurant Mosaic at The Orient, has won numerous awards both locally and abroad.
Image: Supplied

Almost since the inception of the Eat Out guide in 1998 there has been criticism about the Cape-centric bias of the annual restaurant awards.

This year, the only non-Cape eatery on Eat Out's list of SA's Top 10 restaurants was Restaurant Mosaic at The Orient in Elandsfontein, Pretoria West.

Mosaic's chef-patron Chantel Dartnall, 10 times recipient of an Eat Out Top 10 restaurants award, has decided to step aside from the competition. She tells us why:

'SO MANY CHEFS DIDN'T GET THE RECOGNITION THEY DESERVE'

I am extremely proud of what my team and I have achieved to date. Restaurant Mosaic has been blessed with a plethora of local and international accolades and recognition throughout its 13 years in operation.

We have consistently been recognised not only as one of Eat Out's Top 10 restaurants and have taken home the title of Chef of the Year twice. Mosaic's sommelier Moses Magwaza has also had the honour of going home with the Wine Service Award for two consecutive years.

I have decided that after having been on the Eat Out stage 10 times, we will be stepping aside and vacating our position in the Top 10 lineup to allow for the new generation of chefs and restaurants to shine on the culinary stage.

Steve Steinfeld on the 'Great Michelin Myth', and why our obsession with this international food guide isn't doing our local chefs any favours
Lifestyle
3 years ago

There are so many incredibly talented chefs in SA, so it is always an honour to be acknowledged as one of the top 10 restaurants in the country. However, I feel that there were so many chefs that did not get featured and receive the recognition they deserve.

'THERE'S PLACE FOR A NEW AWARD SYSTEM IN SA'

It is everyone's dream to be recognised and awarded for the quality of their work, and professional chefs are no different, but I think there is a place for a new award system in SA. 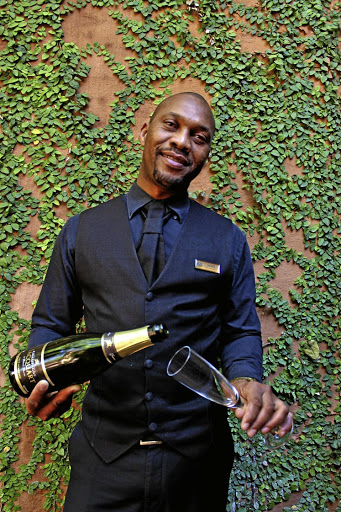 Look at the renowned Michelin Guide that has been in existence for more than 100 years - it provides a platform where a multitude of chefs and restaurants are awarded for their culinary talents on different levels without being allocated a ranking order that stirs rivalry among peers.

How can you say that Leonardo da Vinci's Mona Lisa is better than Monet's Water Lilies? Competitions that put restaurants in a certain sequence of excellence are always more contentious than those that honour excellence among peers.

'THERE ARE RESTAURANTS OF MERIT THROUGHOUT THE COUNTRY'

There's a growing sentiment that no restaurant outside of Cape Town and the Winelands is worthy of an Eat Out award. It is sad but it is being fostered by the continuation of a small circle of restaurants earning the same accolades year on year.

I believe there are a number of restaurants of merit not only in Gauteng but right throughout the country.

I feel the first "award" any chef can have is recognition from the "audience", who are our patrons. As chefs, every time we step into our kitchens, we are actors on the stage and awards are like applause, and every actor needs to hear applause!

My team and I will continue to focus on what we do best at Restaurant Mosaic - creating magical dining experiences for our guests, supporting our local suppliers and growing the talent of our young chefs and front-of-house team.

Here's Adelle Horler, editor-in-chief of Eat Out's, response to Chantel's decision to step off their SA's Top 10 restaurants list, and the criticism that her publication's annual awards have a Cape-centric bias:

ON CHANTEL STEPPING ASIDE

We will be sad but we completely respect Chantel's choice if she opts not to participate in the awards ceremony next year.

However, we have to maintain our integrity as listing the best in the country, so we’ll obviously continue to include Mosaic in our process – we can’t simply ignore one of the top fine dining restaurants in the country.

We love and salute the sentiment behind Chantel's stepping aside for new talent, because there's so much out there.

There were 11 new entries on the list of 30 nominees this year's [Top 10 restaurants award], including six headed by chefs who have never featured on the list before, so it's great to see more chefs getting featured and receiving the recognition they deserve.

The full list of winners of the American Express Dining Awards 2020 have been announced revealing the cream of the crop of the South African dining ...
Lifestyle
2 years ago

Included in the 11 new entries are two restaurants - Rust en Vrede and Pierneef à la Motte - that fell off the list some years ago. Now they're back, and we're delighted that the list is increasingly dynamic, with the accolades going beyond the same restaurants year on year.

There were also six next-generation chefs nominated for the Eat Out Nederburg Rising Star Award, which aims to showcase the new talent that's rising through the ranks. This year, the award went to Katlego Mlambo of the Marabi Club in Johannesburg.

ON THE MAJORITY OF AWARD WINNERS BEING IN THE CAPE

Tourism is a factor behind the bulk of restaurants in the top 30 being in the Cape.

As the Cape relies heavily on tourism as one of its economic drivers, the hospitality sector naturally rises to meet that demand. It needs to provide innovation and high quality to international and SA tourists, as well as locals. So there are a lot more restaurants providing fine dining in the Cape as there is a market for it.

If there were a best game lodge competition, for example, a couple of places in the Cape may make the list, but it would naturally be dominated by Gauteng, Limpopo and Mpumalanga, as that's where the bulk of the contenders are.

Gauteng has thousands of excellent restaurants, but the pool of restaurants in tourism-driven locations – such as Mosaic, for example – is smaller than in the Cape, so naturally they're less likely to dominate.

That said, you can argue that the cuisine is slightly different in Joburgs and Gauteng because the market demands are different, and maybe we need to devise a way to be more inclusive of that.

We are constantly working towards improving our awards and judging process, and we invite Chantel, with her 10 years of experience with Eat Out, to be part of this.

ON HOW EAT OUT BEING CAPE-BASED COULD SKEW THE RESULTS

The Eat Out team is not Cape-based, only the core management team is based in Cape Town.

Eat Out's team of 55+ reviewers are spread around the country, with a fairly equal split between Gauteng and the Cape. There are roughly 22 in the Cape and 24 in Gauteng and the north, with the balance in KZN and Eastern Cape. (Figures are not precise as some reviewers travel extensively and monitor the restaurant scene in more than one region.)

Eat Out is the only brand that judges all restaurants without exclusions: our awards are not based on nominations, restaurants don't pay to be included, we pay for meals in full and our judges dine anonymously.

The announcement of the annual World's 50 Best Restaurants list was becoming a snooze-fest. Year after year, a handful of the same restaurants took ...
Lifestyle
3 years ago

We have a very solid selection and judging process, and we're confident it accurately highlights the best in the country. Our judges are all culinary professionals whose credentials include extensive experience in multiple Michelin-starred restaurants. They eat at restaurants around the country throughout the year.

Aside from our chief judge, Margot Janse, who has an international reputation, our judges remain anonymous so that they don't receive special treatment – it's important that their experience is the same as any other diners'.

ON THE NEED FOR A DIFFERENT AWARD SYSTEM

Eat Out has evolved constantly over its 21-year existence, and we look for ways to improve all the time. With her global experience, Chantel has so much to add, so we'd love her to be part of discussions on how we can improve the process and ensure continued integrity.

One of the major recent evolutions is a second awards system - The Best Everyday Eateries - that focuses on more casual restaurants, so that the Eat Out spotlight is not limited to fine dining chefs.

The Best Everyday Eateries' judging system is also different; they're more of a people's choice: winners are determined 50-50 by public reviews and ratings from our professional critics.