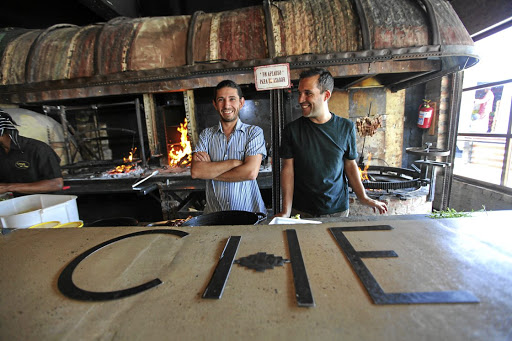 "We are not chefs," says Oscar Faraldo, taking a long drag on his cigarette followed by a swig of beer, "but we love hospitality."

Sitting together at a table in the courtyard of Che, the restaurant he and partner Bernardo Corti own, I drool as waiters carry platters of sizzling beef cuts to the table behind us. Nothing typical like rump and sirloin, these unusual cuts, offering the same alluring aroma of freshly grilled meat over the fire. I'm salivating.

"I wasn't thinking I'm going to be a businessman," Faraldo laughs, describing how their longing for the food of home - Faraldo is from Uruguay and Corti Argentina - is what drew the novices into the industry. They started with a market in Maboneng in 2011.

On the moo-ve: Che Argentine Grill's relocated to Parkwood

"We, [the partners] have the same passion for food and love hospitality," he says, looking a tad weary after the relentless hours of the industry and their recent move from Maboneng to the Parkwood venue.

Corti, the more flamboyant of the pair, joins us bearing gifts - a plate of empanadas, delectable mouthfuls of freshly made meat pies. He urges me to dip it into a freshly made chimmichurri, an Argentinian original, a fresh sauce, quite chunky, it's studded with bits of chilli, garlic, spices, lemon and fresh coriander.

Argentinians are lovers of meat - the plains of Las Pampas are home to Argentina's grass-fed cattle, the meat is cooked over wood-fired grills. 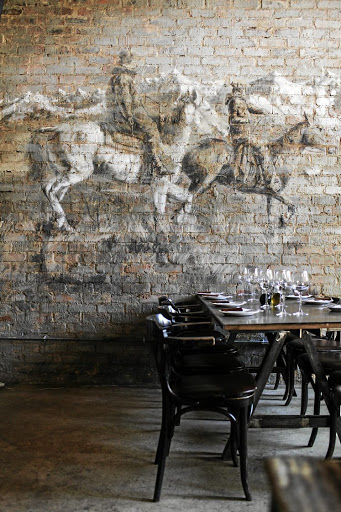 Che has the feel of a typical parrilas, the Argentinian grill houses found on every street corner in South America, says Faraldo. They've tried to replicate the look, making it authentic and traditional.

The open grill runs down one side of the restaurant. It's hot work. I'm told they only use sekelbos, a wood from the Cape, a classic braai wood that offers an aroma, burns for a long time with little smoke and creates a hotter flame.

And the quality of local beef compared to Argentina's?

Che is not your typical South African steakhouse. Here the meat is cooked over the grill, without a drop of the nasty commercial basting, nor is it served with a sauce. It's naked and I like it.

"Take away the sauces, like a pepper sauce," says Faraldo, "we didn't grow up with steak and sauce."

Nor, he laments, the local penchant for meat so tender you can cut it with a spoon. "We want steak with flavour, not something that if you closed your eyes, everything tastes the same."

Long before nose to tail eating became trendy, the Argentinians didn't waste anything on the carcass. It shows in their menu as I'm urged to taste molleja, grilled sweetbread flattened and golden brown with a generous squirt of fresh lemon followed by succulent chunks of char-grilled chorizo made on the premises. 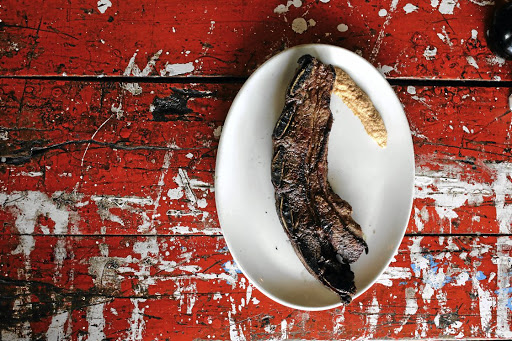 A selection of the finest forequarter cuts are on the menu at Che Argentine Grill.
Image: Alaister Russell

Corti is the man who chases good-quality producers, driving miles to sniff out the best ingredients as he shares the story of the discovery of a small farmer in suburban Joburg who grows the finest fresh rocket and other produce.

The food, like the conversation, keeps rolling and I'm loving it. Asado, short rib, is cooked long and slow. This forequarter cut is succulent. The entrana, another forequarter cut, is tough, needing a good chew, but the intensity of flavour makes the chomp worth it.

Flank steak, what the Americans call the "skirt", is a fairly uncommon steak cut in SA. It arrives all crispy and golden brown with charred edges. Delicious. 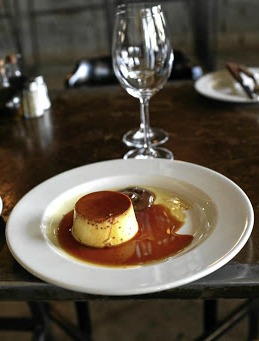 I'm dying to try the spider. It's also known as "the butcher's cut". They say such is its popularity and scarcity, there's only one spider per carcass. It arrives spreadeagled, the marbling of fat giving it the look of a spider's web. It's a particularly juicy cut and the flavour lingers.

OK, so I'm greedy. I couldn't resist a spoonful or two of the famous South American dessert, flan de leche. It looks similar to a creme caramel but is streaks ahead in flavour. Made with top quality, full cream milk, it is sublime and comes with a generous helping of home-made caramel.

PS. Che is a common greeting in Argentina loosely translated to "hey you" or "hey dude".

If you're in search of hearty Brazilian meals, party vibes and awesome cocktails, this new eatery will satisfy your inner Latina
Lifestyle
2 years ago

David Higgs, celebrity chef and co-owner of Joburg's Marble Restaurant, is a man who takes meat seriously.
Lifestyle
2 years ago

We wanted to take aspects of a shebeen and a canteen and merge them to create an upmarket, casual bar, says owner Bruce Beattie of the change. He ...
Lifestyle
2 years ago