In praise of the shandy

Come rain or shine, there is something magical about the combination of beer and lemonade. Especially when its paired with good times — and German potato 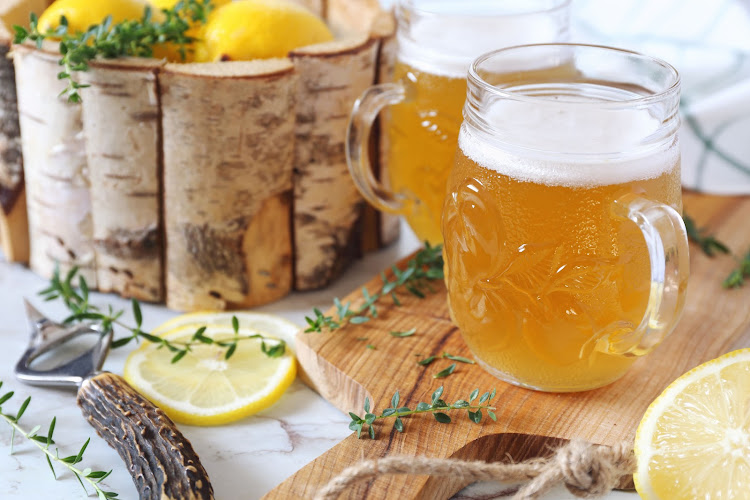 It would appear that I never learn. I poke the gelatinous orb on my plate with a spoon, and chide myself over the fact that this has now happened to me three times in the last two days.

I read “potato dumpling” on the menu and imagine the cute little carb lozenges I was treated to earlier in the week at a conference centre by a lush German lake.

True, that was the sort of place where you would never be served standard conference fare (caprese salad on a stick; a manky mini chicken drumstick). Oh no, there was salmon and five different variants of potato. Five! Do you know how much joy it brought me to have five different versions of prepped ’tater on my plate? I was a kid at Christmas without the metabolism to match.

And now, instead, I find myself staring at this variant of the tuber family: a white tennis ball of shaved potato willed together through the sheer force of German nature and general sticky spud magic. I simply stare at it, as it swims in the otherwise brown plate of generic meat roast and gravy. What I wouldn’t give for something green right now.

And yet despite its probable ability to bounce, I don’t hate this potato. In fact it’s perfect for its setting, the Hofbräuhaus, which is the oldest beer house in Munich. The tavern that opened 500 years ago still stands as the perfect ode to old-school Bavaria. And although you expect it to be a tourist trap, it turns out that it's still a spot much loved by locals. 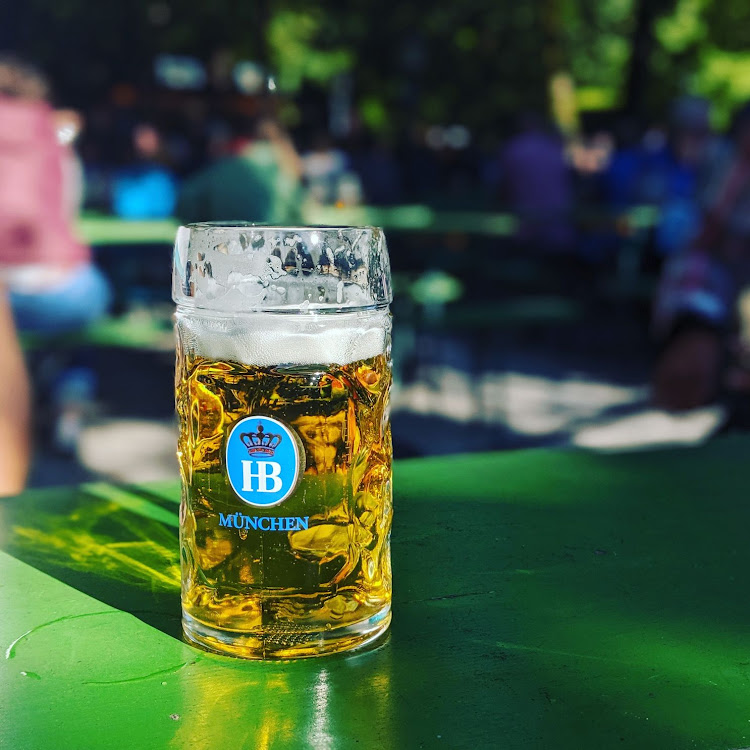 There are loads of mustachioed German men proudly displaying their heritage steins (beer mugs) and singing along to the live brass “oompah” band. Although my musical shout out most definitely goes out to grandma who arrived with her own pair of musical spoons in her handbag — gogo can totally carry a beat!

Of course, the ultimate companion to the “dumpling” comes in litre-sized glass vessels carried by the highly capable bar staff in dirndls, complete with a white blouse a colourful apron and plaited hair. As you can imagine when it comes to beer houses there is a beer of every kind available. And then there is the radler.

A radler is a beer shandy by another name. It would appear that Germans love the taste of slightly sweetened, yet lemony, watered-down beer as much as I do and are happy to drink it all year round. Coats were essential gear outside and they clearly didn’t care; beer in any form is always acceptable in Munich. 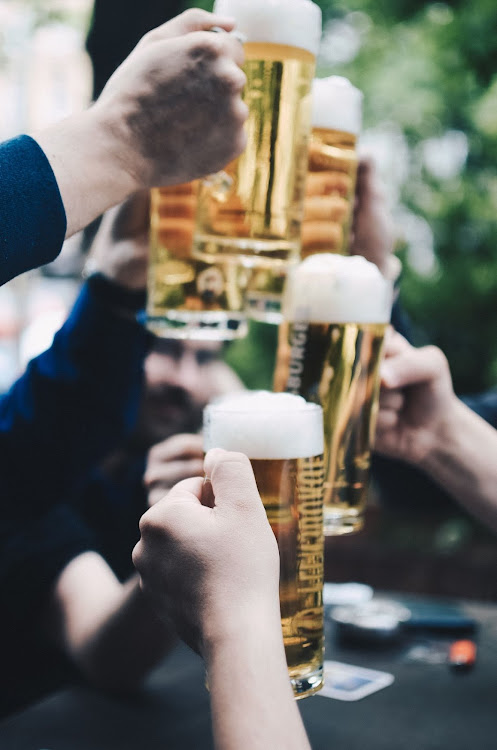 Always better in groups – and in summer.
Image: Quentin DR/Unsplash

By contrast, back home in SA a shandy is normally the drink of choice only for expats over 60 on sweltering summer days at the bowls club — or me, at a Sunday afternoon seafood session at the Troyeville Hotel. So, it was nothing short of a blessing to find an entire nation that loves the good-times, beer-lite life as much as I do. To the point where there is some form of radler on pretty much every menu (except at the pretentious natural wine bar I later frequented in Berlin).

And why not? Why not water down your carbs with a bit of fizz and fun? I mean, when you add a smidgen of lemonade to it, you literally turn your one beer into two. And in this economy I will take all the double-up liquor moments I can get.

So, imagine my happy surprise when I get home from Germany to find that Amstel has just released a brand new ... Amstel Radler. Huzzah, you would think, but NAY! This new neon-green monstrosity has all the trappings of Sparletta plus the heaviness of beer — but without the good-times combination of both. And don’t even speak to me about Flying Fish. It. Does. Not. Count. I have never really understood the point of having a mediocre mix in a bottle. How hard is it really to pour brandy into a glass of Coke?

In short, am sure the Amstel Radler will find its place in the SA beer landscape: basically, at a braai in the hands of the unsuspecting girlfriend who just allowed her guy to shop for her for the first and last time.

Why not water down your carbs with a bit of fizz and fun?

So, if you truly want to live your best shandy life, here is the foolproof recipe:

The decor, service and ambience are all top class, getting that complex alchemy that makes for a good restaurant experience just right, writes ...
Lifestyle
2 years ago