Joburg or Cape Town: where will you pay more for a three-course meal? 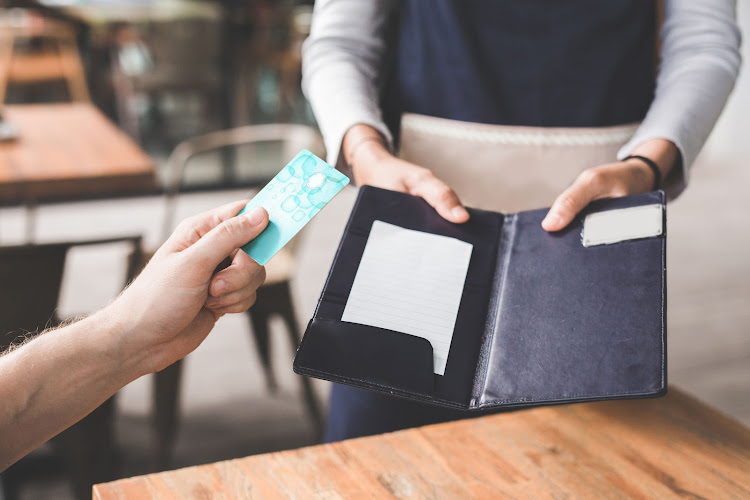 Out of the 100 cities ranked by Hoppa, Joburg and Cape Town were found to the third and fourth cheapest cocktails in the world respectively.
Image: 123RF/ferli

As most of the country's vineyards are in the Cape, you'd expect the average bottle of wine to cost less in Cape Town than in Joburg — but you'd be wrong. That's according to research conducted by international ground transportation company Hoppa.

In order to compile their 2020 list of the world's most expensive and cheapest holiday destinations, Hoppa compared the prices of meals and drinks in 100 cities, including Cape Town and Joburg.

The findings reveal that you'll pay more for a bottle of wine in a supermarket and a pint of beer in the Mother City than you would in Jozi. However the opposite is true of cocktails and coffee — although the price differences are marginal.

Joburgers also have to fork out more when dining in a restaurant. The average bill for a three-course meal for two including wine was found to be R557 in Johannesburg, as opposed to R538 in Cape Town. 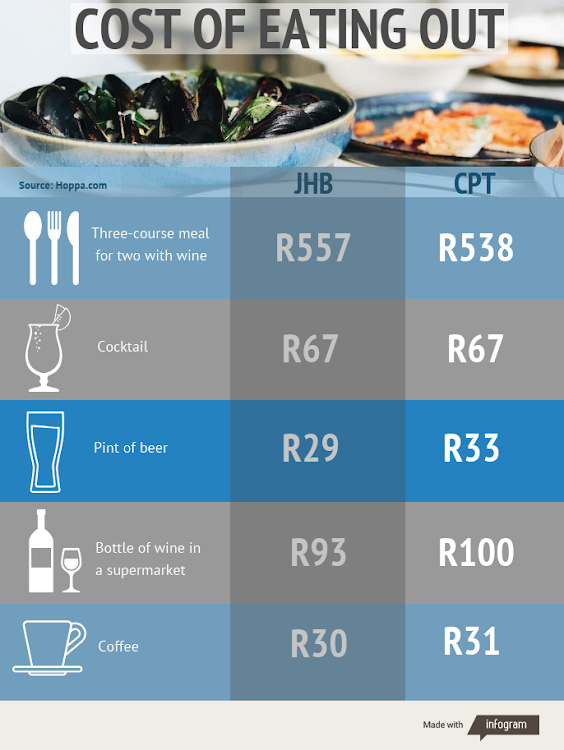 A comparison of the cost of meals and drinks in Joburg and Cape Town.
Image: TimesLIVE

• To see Hoppa's full list of the world's most expensive and cheapest destinations for 2020, visit hoppa.com

Joburg ranked as the 60th most expensive city in the world per day in food, accommodation and transport costs, while Cape Town took 81st place.
Lifestyle
2 years ago

Eating out abroad: 5 places where it's cheaper than SA

Good news for globe-trotting foodies: there are some exotic places where a restaurant meal costs less than here in Mzansi.
Lifestyle
2 years ago