The great debate: are dombolo and dumplings the same thing?

Here's what some prominent foodies have to say 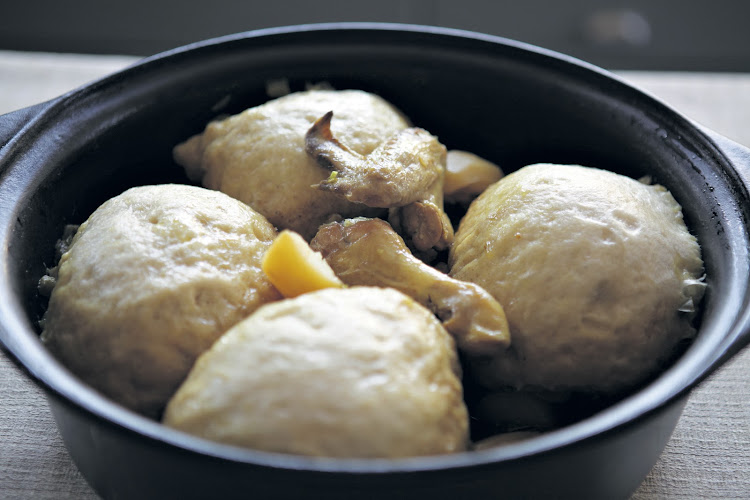 If there's one food that'll remain the symbol of SA's lockdown it's homemade bread. While housebound, we've embraced the wonders of the kitchen and learnt new baking skills, whether it's been making more complex sourdoughs or simple baking powder breads.

Add the chill of winter and another conversation is stirring around bread. This time the topic is a traditional bread which, rather than being baked in an oven, is steamed, giving it a comforting softness.

The common name for this delicacy is dombolo, which translates as dumpling. That said, some foodies are adamant dombolo and dumplings are two different things.

One of them is food writer and stylist Dorah Sitole, former editor of True Love magazine. She says that dombolo uses yeast as the leavening agent, while dumplings use baking powder or self-raising flour. The method of cooking also differs.

“A dombolo is a yeast bread steamed in a container in a pot of boiling water,” Sitole explains. “You really wouldn’t make a yeast dough for dumplings that are cooked over a stew, because it takes time; first you've got to knead the dough and then allow it to rise before cooking.”

Celebrity chef Zola Nene shared her views on the subject during a recent radio interview. She says that in isiZulu, if the bread is steamed separately in a pot it's called ujeqe, whereas if it's cooked on top of a stew then it's dombolo or dumplings.

Her recipe for a mouthwatering chicken stew with dombolo, which can be found on her website, uses yeast.

Whatever your take on the great debate, one thing we can all agree on is that dombolo are delicious and the perfect companion to warming wintry dishes.

About 500ml (2 cups) lukewarm water (or water mixed with milk)

Bring your bakes into bloom: how to make trendy bread art, step by step

Bread dough has become a blank canvas in one of the latest food trends to hit social media during lockdown: bread art.
Lifestyle
2 years ago

Why did my sourdough bread flop?

Our food expert solves your cooking conundrums.
Lifestyle
1 year ago