Which local foodies' online cooking classes are worth their salt?

We rate David Higgs, The Lazy Makoti and Susan Greig's online cooking classes out of 10 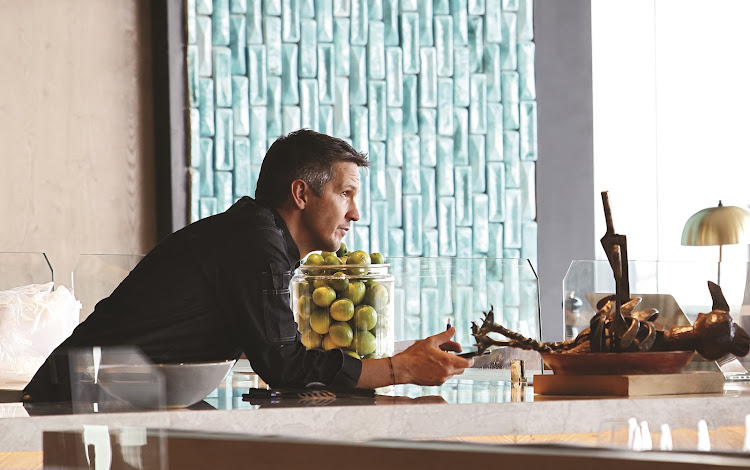 After months of being cocooned in the kitchen during lockdown, you may find the novelty of home cooking is starting to wear thin as you run out of ideas. But don't resort to living on takeaways just yet - there's a large helping of inspiration to be found online in the form of virtual cooking classes.

We put three of those run by prominent local foodies to the test:

Who: Higgs is the chef behind top-rated Joburg restaurants Marble and Saint. He's also the author of the cookbook Mile 8, and a judge on the reality cooking show My Kitchen Rules SA.

The review: Anyone who has ever seen Higgs in action in one of his restaurant kitchens will know he's no pushover; he's a perfectionist who never takes his eye off the ball. Tune in to his YouTube cooking class and for a moment you'll second guess if you're watching the same serious dude.

While at home in his kitchen, accompanied by his favourite pooch, and dressed in a selection of hoodies, sport gear and eyewear, a different Higgs emerges — one who has a deadpan sense of humour, is quirky and full of fun. Oh, and he also owns a dishwasher that seems to magically do everything except the dishes.

In one episode, Higgs defies “prohibition” by mixing up a very boozy ginger beer (with chilli, nogal) in a bucket, only to discover he's bought the only bucket in the world with a lid that doesn't quite fit. The best part is watching him tape it down with industrial-looking duct tape before placing it in the dishwasher overnight in case it bursts.

In between lots of laughs, there's a nice balance of recipes and ideas for both the novice and more experienced cook. One of my favourites is his carbonnade of beef — beef shin slow-cooked in Guinness, and lots of it. Delicious. 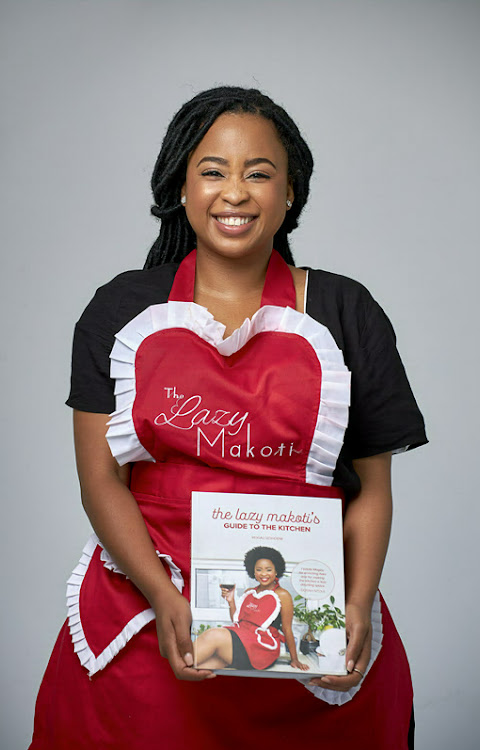 Chef Mogau Seshoene's cookbook, 'The Lazy Makoti's Guide to the Kitchen', is already in its seventh print run.
Image: Supplied

Who: Seshoene is the author of one of SA's best-selling cookbooks, The Lazy Makoti's Guide to the Kitchen, and also runs popular cooking classes.

The review: This bubbly chef is going places and, if her vast Instagram following is anything to go by, clearly she’s doing something right. Her down-to-earth recipes are brilliant.

In the cookalong session I watched, Seshoene was cooking in tandem with a duo of newlyweds, beauty influencer Maxine Magwape and her husband, Mbakiso. She was teaching the pair to make a malva pudding.

Kicking off the couple were a little daunted — cooking is not really their thing — but as they got into the swing of things, their mood lifted and it was big smiles all round as the recipe progressed and they mastered (or not) measuring out the ingredients. I enjoyed the banter between the trio — especially when the couple needed guidance on how to switch their oven on!

I commend Seshoene's patience; she kept up her endearing smile as she smoothed any bumps along the way. The look of joy on the celebs' faces when they hesitantly lifted their dessert out of the oven and realised it looked just like Seshoene's was priceless.

Love is in the pudding! 😋♥️ Beautiful Sunday. Thank you @thelazymakoti for the amazing cookalong! The best malva we’ve ever had! 😍🥰

The cookalong was fun, I’d watch another, although it didn’t make me want to rush into the kitchen and make a malva pudding.

Who: Seasoned cook Susan Greig has long been hosting cooking classes at her culinary school which is set on the gorgeous Beechwood Estate in Joburg.

The online class: Lockdown has inspired Greig to take her cooking classes online; she now hosts them weekly via Zoom. Each class has a different theme and costs R150; you'll be e-mailed a set of recipes just before the class begins. See susangreig.co.za

The review: Greig has a knack of taking a classic recipe and adding a couple of tweaks to turn it into something extra special — think lashings of cream, truffle oil, a sprinkle of nuts and lots more. So the thought of joining her online class on Winter Warmers on a chilly Sunday morning, with a glass of wine in hand, was very appealing.

Greig presented the class al fresco, cooking alongside her assistant, Porsche, in front of a magnificent vegetable garden. The setting was stunning, but the dappled sunlight made it a bit difficult to see the cooks' faces, although the food shots were clear. The big pots and large quantities of ingredients used also made me feel a bit anxious on the duo's behalf; smaller quantities would likely have made cooking outside easier. 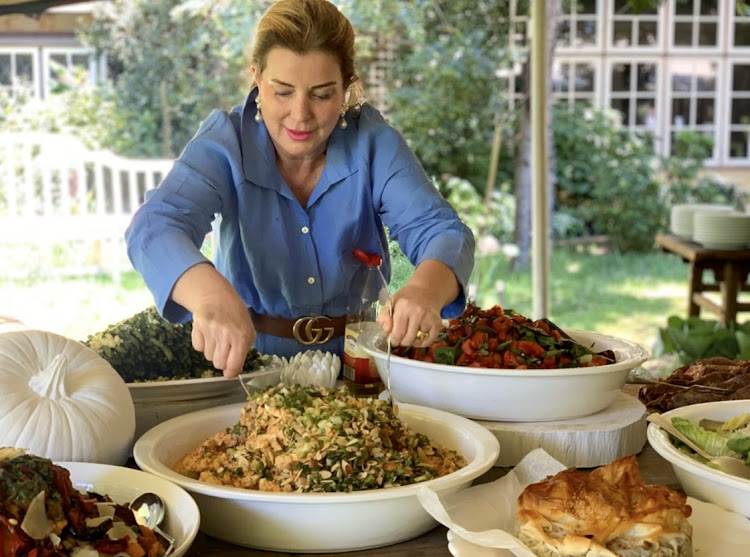 Susan Greig in action during one of her online cooking classes, which are hosted via Zoom.
Image: Supplied

Greig made two soups — I think one would have been enough. I'll certainly try her take on bobotie though, and her Thai chicken curry pie topped with readymade puff pastry made me drool — if I’d received the recipe earlier, I may have considered prepping the ingredients beforehand and cooking it alongside her.

The class was thorough; we were taken through each dish step-by-step, right from the basics like frying onions to the point where it was ready to go into the oven. The dishes then magically disappeared only to resurface later, cooked and beautifully garnished.

For those who fancy a tutored lesson, which is a good way of mastering a dish, these classes are for you.

Some of the country's most decorated chefs have been sharing recipes, tips and kitchen hacks during lockdown
Lifestyle
1 year ago

'The Lazy Makoti's Guide to the Kitchen' by Mogau Seshoene has just been reprinted for the seventh time.
Lifestyle
1 year ago

Advice from Siba Mtongana, The Lazy Makoti and more
Lifestyle
1 year ago