A deli supporting local community initiatives is a terrific idea, but Dominique Herman wonders if one should replace lauded fine-dining restaurant Foliage 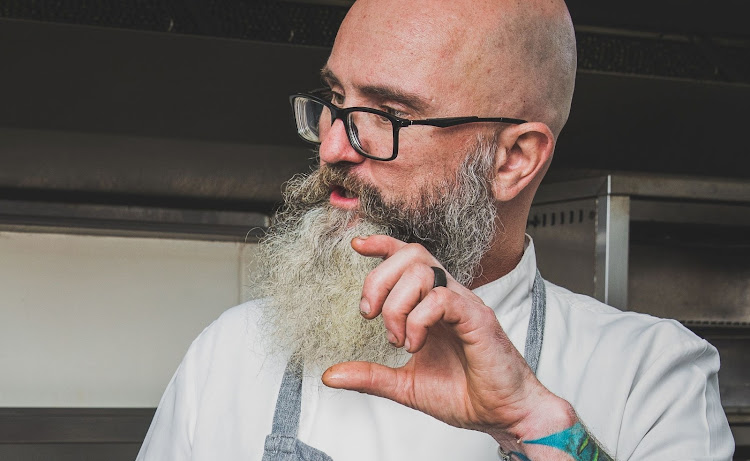 Foliage is a fine-dining restaurant in Franschhoek, in the Western Cape, where you’re not subjected to an endless discourse on the provenance of the food and you do not need a microscope to see the contents of the plate. The food is recognisable and beautifully presented and, most important of all, absolutely delicious.

So it was with dismay that I read in the Daily Maverick that chef patron Chris Erasmus was not going to reopen Foliage as a fine-dining establishment when restaurants finally emerge from lockdown, but rather convert it to a deli and grocery store selling “stuff that people grow in their backyards and make at home”.

Whatever one may say about fine dining — the pretension and so on — these restaurants play a pivotal role in the South African culinary scene. They not only attract the big-spending types of tourists who fly all over the world to eat at buzzed-about spots; they put SA on the global radar in a purely positive way.

And in a country where coverage about corruption, crime and government malfeasance runs rampant, that is no small thing. As described in a New Yorker profile of the famed American chef Mario Batali: “Celebrity chefs sell more than food; they sell stories.”

Top chefs join forces to feed those in need in Franschhoek

Despite the restaurant industry being one of the hardest hit by the Covid-19 pandemic, local chefs have come together to feed the disadvantaged ...
Lifestyle
1 year ago

Restaurants like Foliage provide employment, facilitate the transfer of valuable skills to younger chefs who then often go on to start their own businesses, and they demonstrate excellence on a global level. And despite the perilous position most restaurants find themselves in now, one can’t imagine a future where all restaurants, including fine-dining ones, won’t again hold worldwide appeal.

Delis and small grocers supporting local community initiatives is a terrific idea, but whether one of those should replace one of the best restaurants in SA, I’m not entirely sure.

Erasmus and fellow Franschhoek chef Margot Janse’s efforts during the lockdown to galvanise a collective effort to feed the local community is beyond admirable, and continuing to spearhead a system that supports that community post-lockdown is unarguably important. But why should that come at the cost of permanently shutting one of the best examples of contemporary South African cooking - a restaurant that is uniformly and consistently highly regarded, popular and successful, one that generates artistry, awards, international exposure and money? Is it not possible to do both?

Erasmus worked with Janse — another wildly exciting and accomplished chef — for years at The Tasting Room, the internationally lauded restaurant at Le Quartier Francais boutique hotel.

Janse ran the kitchen at The Tasting Room for 21 years and became well-known for using indigenous herbs in her food, buchu and kapokbos (indigenous rosemary) among them. So it’s no surprise that Erasmus is also big on foraging and using indigenous fynbos in his food, which only adds to the culinary and cultural appeal of Foliage.

As Susan Huxter, the former owner of Le Quartier Français said of Erasmus and foraging: “He’s taken it to another level.”

THE BIRTH OF SA'S FOOD CAPITAL

Huxter was one of the original team whose idea it was to market Franschhoek as “the gourmet capital of SA”.

“People will go to a destination purely to eat, and we became one of those destinations,” she said. “You’ve got all these young chefs who do really exciting food ... There’s a food culture. There’s an excitement about food.”

In the past couple of years, I’ve been interviewing chefs and restaurant owners for a reporting-oriented take on the development of the restaurant culture in Cape Town, widely considered to be the food capital of SA (the winelands being considered an extension of the city’s restaurant scene).

Many attribute its start to Italian immigrants. Before they set up shop here in the '50s and '60s, the only places to dine out were tearooms, clubs, hotels and pubs, where an à la carte menu was unheard of.

Is lockdown a death sentence for SA's independent restaurants?

This situation is grim but it's not final, writes Paulo Santo, managing director of the recently-launched upmarket eatery Aurum in Sandton
Lifestyle
1 year ago

As local cookbook author Phillippa Cheifitz writes in Cape Town Food: “In the 1950s, the Italians introduced cappuccino and lasagna in casual coffee bars to a society that was more familiar with the formality of hotel grill rooms and department store tea rooms.”

But more than the sort of food and drinks they offered, they brought with them a new way of eating and drinking: that quintessential Italian way of socialising, where food turns a meal into a party.

As John Dickie writes in Delizia! The Epic History of the Italians and Their Food: “Italian food is city food. Italy has the richest tradition of urban living on the planet, and the enviable way in which Italians eat is part of that tradition.”

By 1976, according to the John Muir's Guide to Cape Town, which was published that same year, there were something like 200 restaurants in the Mother City.

“I also do not think it is fair to compare South African restaurants to the top restaurants in the international cities. However, you should be able to get good food, well-prepared, effective service and an enjoyable atmosphere,” wrote Muir.

That's certainly not the case any more. Cape Town eateries regularly feature on international best restaurants lists and the coverage that follows in the overseas media is glowing and immeasurable.

Take the British Telegraph's 2017 write-up of chef Luke Dale Roberts' eatery, The Test Kitchen, for example: “[It] is an essential stop for any epicurean exploring the city, and a peerless exemplar of how innovative South African cuisine can be.”

It's no surprise then that The Test Kitchen is possibly SA's best known fine-dining establishment and one that regularly features on such lists.

How much would you be willing to pay to have an internationally acclaimed chef prepare your meals each day for a week?
Lifestyle
1 year ago

Now based in Joburg, acclaimed chef David Higgs has put in his fair share of time at the helm of award-winning establishments in the Cape. He said the quality of the food is preeminent in fine dining. “And the awards are judged that way.”

It’s also about more luxury, more attention to personal service and the chef being there, he added.

“Taking a Caesar salad and reducing it to one bite – that’s not what it is.” The ambience, temperature, lighting, venue, food and service: you need to get all those things right – “and that’s not easy”.

Another celebrated Franschhoek chef, Reuben Riffel, opened his first restaurant in 2004 in the winelands town and now owns restaurants in the Cape and Johannesburg. He said the Cape has always attracted more foodie tourists than Joburg. “Here we get people that eat out all over the world, so here chefs can experiment and they can do different things,” he added.

From unoriginal, reportedly often unpalatable beginnings in formal dining rooms, restaurant food in SA has become a force to be reckoned with on an international scale, peopled by sublimely talented individuals such as Janse, Dale Roberts, Higgs, Riffel and Erasmus.

In a recent interview with Dennis Davis, former finance minister Trevor Manuel described “a very smart restaurant sector” that had developed organically from a time “when you really battled to get a decent coffee shop anywhere in SA” to one that formed an important part of the economy.

“Look at tourism in South Africa: at last count - and this could have been late last year - it employed about 1.5 million people in the South African economy, contributed a large sum ... generally around R250bn, give or take, to GDP,” said Manuel.

• This article republished with permission from Bizcommunity.

Despite its popularity after being named Restaurant of the Year at the inaugural World Restaurant Awards last year, Wolfgat in the Western Cape ...
Lifestyle
1 year ago