Owner Bruce Gordon, who was once infamously auctioned off as a work of art, shares fond memories of the popular watering hole and its celeb patrons 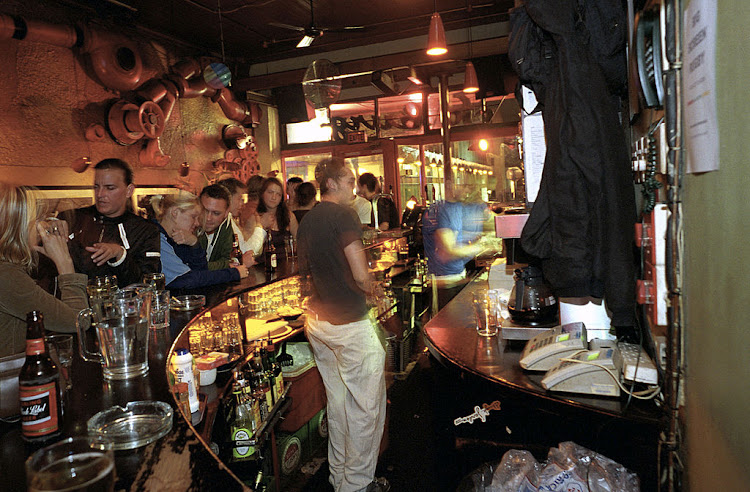 The Joburg Bar on Long Street in Cape Town during its heyday in the early 2000s.
Image: Per-Anders Pettersson/Getty Images

Twenty years ago, textile businessman Bruce Gordon was driving up Long Street in Cape Town when he saw a "To Let" sign on a building at the top of the road.

Gordon, who was then married to artist Sue Williamson and whose business had some dealings with the art world in the production of screen-prints, thought the space would make a good place for selling T-shirts and other seconds from his factory.

A bit of a party animal, with many friends in the burgeoning post-apartheid Cape Town art scene, Gordon thought it would be nice to include a small bar in his new shop. But, as he recalls now, when he spoke to architects about his plans they said he had too many ideas.

"So we said to hell with the T-shirts and we built a bar instead."

In its heyday, Joburg Bar was voted one of the best bars in the world by Harpers & Queen magazine and played host to international celebrities

Close to a film production company and located near the campus of Cape Town University's Michaelis School of Fine Art, Gordon's Joburg Bar quickly became a hotspot for long nights of partying and the meeting of creative minds from the film and art worlds.

In its heyday in the early 2000s it was voted one of the best bars in the world by Harpers & Queen magazine and played host to international celebrities from Colin Farrell to Dennis Hopper and Madonna. The walls were decorated with artworks from the cream of the crop of Cape Town's established artists, including Williamson, Derek Bauer, Barend de Wet, Brett Murray, Conrad Botes and Dale Yudelman and newcomers like Ed Young and Dan Halter.

Some of them were bought by Gordon, who was an enthusiastic patron of the local art scene. Others were given to him or received in lieu of bar tab payments from artists. 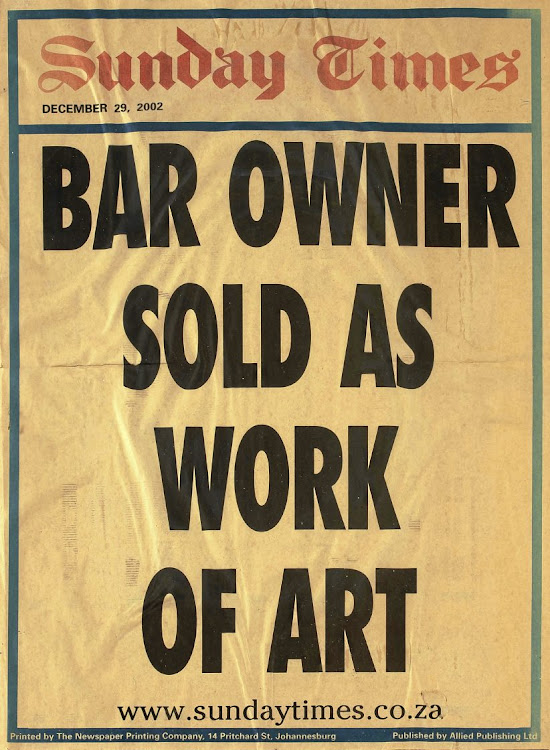 In 2003, Gordon became the object of much media attention when Young auctioned him off as an artwork during his graduation show at Michaelis.

As Gordon remembers it, "Ed approached me and I wasn't interested. Anyhow, he pleaded so I went on his show and a bidding war started. My wife offered R10 and Marilyn Martin from the National Gallery bid against Suzy Bell, a socialite from Durban. Suzy bought me for R52,000. The next day she had buyer's remorse and decided that I didn't match her bedroom curtains, so she donated me to the National Gallery, who accepted me as an acquisition."

Young laughs now at what he always saw as "a hoax".

"The whole thing was orchestrated but no-one figured it out until much later and it was hilarious to watch all the newspapers scramble around to cover it," he says. Gordon still has the date of his acquisition tattooed on his arm.

As an official acquisition he can't be sold, but he has auctioned off many of the artworks from the bar through Strauss & Co.

"The bar hit a very rough patch during the drought in Cape Town," says Gordon. "We never really recovered from it. The Covid-19 lockdown broke us, so I've decided to throw in the towel." 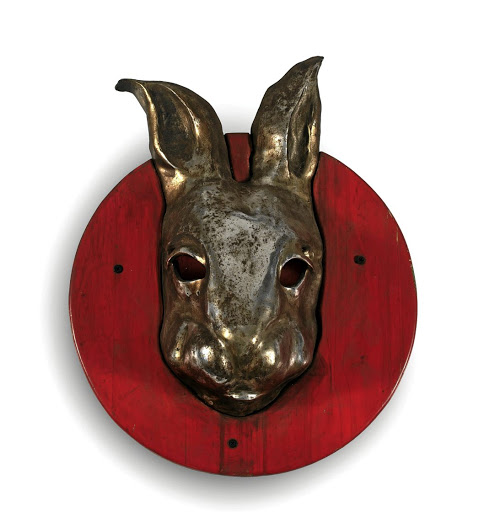 The years of hard living have taken their toll on Gordon, who suffers from diabetes and hasn't had a drink for close to a decade now, but he has fewer regrets than fantastic memories.

"I don't think it's an exaggeration to say that we were a big sort of 'family'. Most senior Michaelis students used the place as their headquarters, for want of a better word. We became very friendly and we were unfortunately very decadent and there was a lot of debauchery. I haven't really survived that well but I certainly don't regret it. It was a marvellous, exciting time."

As for what happens next to the one-time mayor of Long Street and beloved character of the Cape Town art scene, Gordon doesn't know.

"I might go back into the textile business but I'm certainly not going on with the bar business, especially under Covid. I can't imagine Joburg Bar with social distancing. I believe it will be months before it would be the party venue that it was - maybe even a year, and we certainly can't afford to continue."

And did the Queen of Pop really turn up at Joburg one night? Gordon says he didn't see her.

"But interestingly enough, there was a promotion by one of the liquor companies - you had to fill in your name and details, and she left a phone number, which I phoned and I got hold of Guy Ritchie."

• The contents of Joburg Bar were auctioned off by Strauss & Co. For more information, visit straussart.co.za

The UCook for Restaurants campaign is a fun way to enjoy a restaurant-quality meal without leaving home.
Lifestyle
1 year ago

Steve Steinfeld pays homage to one of the city's best eateries, which has been forced to forever shut its doors in the wake of lockdown restrictions
Lifestyle
1 year ago