WATCH | SA YouTubers get in on 'mukbang', but what the hell is it? 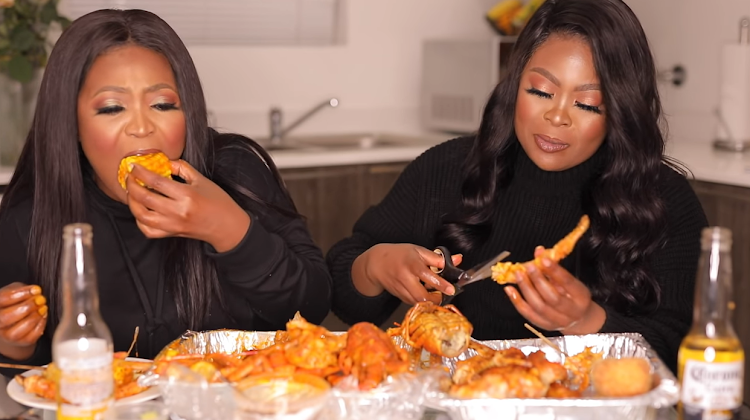 Thandi and Christine Gama recently uploaded a mukbang video on their YouTube channel.
Image: Keeping Up With The Gama's/YouTube

South African YouTube stars have joined in on the “mukbang” craze and are getting thousands of views.

It’s a concept where a host of either a podcast or YouTube channel binge eats a favourite food while interacting with the audience.

According to Men’s Health magazine, the term “mukbang” is a combination of two Korean words, “mukja” which means let’s eat, and “bangsong”, which means broadcast. The “mukbang” trend originated in South Korea and is now being followed by digital content creators globally.

There are no rules on what the YouTube star or broadcaster can eat, or how much, but it’s hardly the quantity you'd normally eat in one sitting.

Here are five on trend SA YouTube stars who have done it:

Thandi and Christine Gama - Keeping up with the Gamas

Restaurant owners have doubts about their ability to turn any profits, or pay off huge debts accumulated in the past few months, given the ...
News
1 year ago

Stuffed with lamb and rice, these baby marrows are simmered in a fragrant tomato sauce spiced with sumac
Lifestyle
1 year ago