Four basics — flour, water, salt and yeast — are needed to bake bread. Why then do commercial loaves contain so many more ingredients? 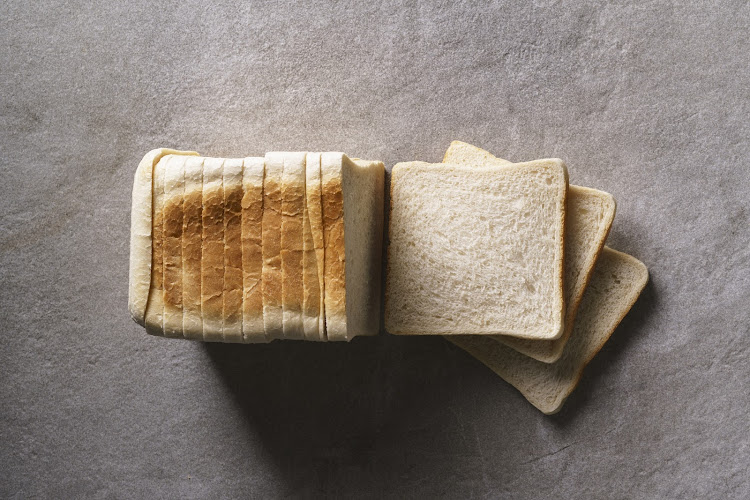 Large-scale production of bread takes place in a plant or industrial bakery, in-store and in stand-alone bakeries. According to the South African Chamber of Bakers, bread is easily accessible, with availability in 97% of all food stores and cafes in the country.

Sales of brown and white bread are almost on par, with brown tipping the scales. The industry standard 700g loaf makes up almost three-quarters of the bread basket in SA.

Industrial bakers use a process of baking that was developed in the 1960s in Britain known as the Chorleywood Bread Process, named after the town in the UK where it was developed by British scientists.

Their idea was to revolutionise the industry by providing large-scale bakers with a mechanisation that could produce a loaf of bread that is soft in texture, cheap to make and long lasting.

The process involves rapid mixing machines and pressure vessels to produce a standard crumb, and provers and industrial ovens that make a loaf of bread from scratch in two hours.

Both white and brown breads are fortified with essential vitamins and minerals and other ingredients are added to make the dough easier to handle — and extend the shelf life.

WHAT'S IN A COMMERCIALLY-BAKED LOAF OF BREAD?

Apart from the four basic ingredients — flour, water, salt and yeast — commercially made bread contains the following as listed in the ingredients on the pack, which may vary slightly from baker to baker:

Vegetable fat (palm fat): Compound fats, a mixture of oil and solid fat at a given temperature. are used to improve the gas retention (the rise) in dough, which increases the volume and softness of a loaf.

• 1.5% of loaves were other breads, including wholewheat bread.

• 23.6% produced by independent and
smaller bakers.

Preservatives: Calcium propionate is an anti-mould agent and shelf extender preservative that is used in the industry and recent regulations include the use of sorbic acid (see below) as a preservative.

Emulsifiers are additives that help liquids mix and improve the quality of bread by improving volume and softness in bread.

Flour improver is the term used to cover any ingredient added to "improve" the bread-making potential of a given flour. The functional ingredients used in improvers may include oxidising agents to improve gas retention, the rise, in the dough.

Vitamins and minerals as per fortification legislation specific vitamins like vitamin A and B vitamins thiamine, riboflavin, niacin and pyridoxine , folic acid, iron and zinc are added to the flour (and bread) for added nutritional value.

WHAT IS SORBIC ACID?

Recent government regulations allow the use of sorbic acid as a preservative in bread. Geoff Penny of the South African Chamber of Baking tells us more about the preservative:

Two-in-one: how to make pizza and vetkoek with the same basic dough

Yes, it’s true, hot bread on the table in under an hour. With no fuss, you can bake seed-crusted white bread, Amasi soda bread and a gluten-free ...
Lifestyle
1 year ago

Bring your bakes into bloom: how to make trendy bread art, step by step

Bread dough has become a blank canvas in one of the latest food trends to hit social media during lockdown: bread art.
Lifestyle
1 year ago