Liam Tomlin of Chefs Warehouse & Canteen reflects on the realities of being back in business, and tells us more about his new collaborative cookbook, 'Tapas' 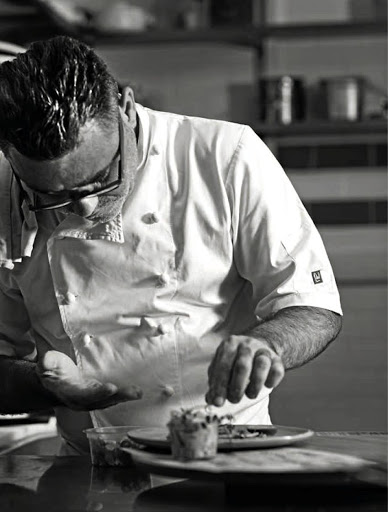 Chef-restaurateur Liam Tomlin oversees five Cape restaurants. During the worst of lockdown, this feisty Irishman stood up for SA’s embattled restaurant industry and has also found time to collaborate on a recipe book, titled Tapas, which showcases his team and the food he fiercely loves.

He tells us more:

BATTLE OF THE BAN

It has been very troubling times for the SA hospitality industry. What pushed me over the edge was when the president imposed a second ban on the sale of alcohol in July - and a 9pm curfew. I understood the reasoning behind it, but it came as a real shock. I foresaw the collapse of an industry.

That's how #JobsSaveLives came into being, where business owners were encouraged to share images on social media of just how many jobs were at stake.

I just wanted somebody to realise the impact on the hundreds of thousands of lives. And not only our lives, the whole chain of people who rely on the industry to survive. The initiative grew a huge following, even overseas.

Combining forces with the Restaurant Industry of SA's "A million seats in the streets" protest - when members of the hospitality industry took to the streets around the country together with their staff, customers, family and friends and stood in silent protest outside their businesses - it made people aware of how dire the situation really was.

Why take up the cudgel on behalf of the restaurant industry? It's a principle issue. I'm an Irishman and we love a fight. We've always been the underdogs - and we know how to stand up for ourselves.

BEING BACK IS BEAUTIFUL

There's always a musty smell in a restaurant that has been closed for a long time, which disappears when it comes alive again. Instead, the wonderful aromas of food cooking, stocks boiling, and herbs being chopped fill the space.

For five months at Chefs Warehouse & Canteen, our restaurant in Bree Street, Cape Town, the chairs were stacked up, the lights were off, the art was gone from the walls. It was a very gloomy place.

Now we are back, I celebrated by sitting in a corner of the restaurant with a bowl of risotto - my most favourite, it could be my last meal - with lemon posset for dessert and a glass of my favourite tipple, Maison shiraz (I must be the only Irishman who doesn't drink Guinness). The sound of customers laughing, staff talking, orders being called out was music to my ears. Nothing beats the hum of a busy restaurant.

Today we may be operating in different times - sanitisers, masks and geo menu cards - but it's great to be back in the space.

We've had amazing support from our regular customers since re-opening. It's been very positive but this is also where the challenge starts. Now that we can open it is going to be really different - landlords want rent, suppliers need to be paid and the staff are back and we don't have the revenue we had six months ago.

I see restaurants becoming more a special-occasion outing - and I hope people will dress up - rather than the two-to-three times a week dining out they used to do. 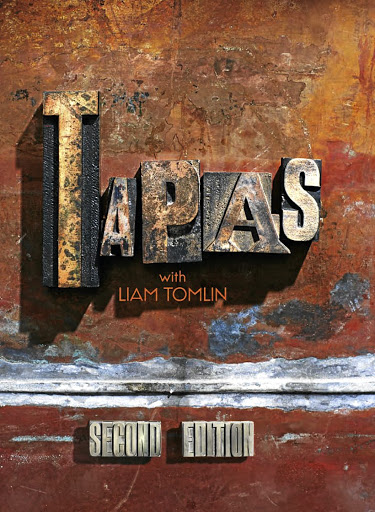 A COOKBOOK FILLED WITH DISHES TO DELIGHT

Tapas are small savoury dishes we serve in Canteen, changing the menu daily. It is the style of food I like to cook and the way I like to eat, with lots of different tastes, textures and cooking styles. After years of fine-dining cuisine, too stiff for my liking, I wanted to have fun with food and not to be restricted by one cuisine.

I'm not in the kitchen at all these days, I'm 55 and did this (cheffing) for 40 years. I have more experience on the business rather than the kitchen side and any time I'm in any one of our restaurants, I'm blown away by the food, such talent we have. I would hate to cook for them as I wouldn't even come close!

Our book, Tapas, showcases how we operate as a team at Canteen, sharing the food in a relaxed and casual space, where guests don't have to make too many decisions or listen to long-winded descriptions, with accessible ideas to try out at home.

It’s not like restaurants paused and if you push play we can continue as before, says celeb chef

Each year, the folks at online travel company TripAdvisor comb through all the ratings and reviews on their website to find the “Best of the Best” in ...
Lifestyle
8 months ago

Make a meal of it: 5 local getaways for food lovers

Now that we can travel again, it’s time to take to the road for a journey with a difference — to sniff out good food.
Lifestyle
7 months ago
Next Article