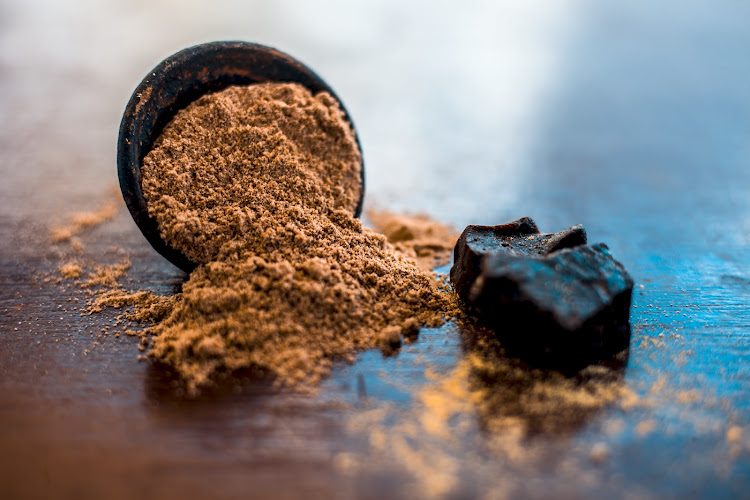 Also known as hing, asafoetida is the resin or powder obtained from the roots of a giant species of fennel plant. It is native to Afghanistan, Iran and Pakistan but is cultivated in many other regions. Used as a spice since the days of ancient Rome, it has long been popular in Indian medicine and cookery.

Uses: It is frequently added to dhal, possibly because of its alleged properties as an anti-flatulent, but it also enhances other flavours with its slightly bitter, slightly garlicky aroma. Use only a pinch as it is strong and extremely pungent. 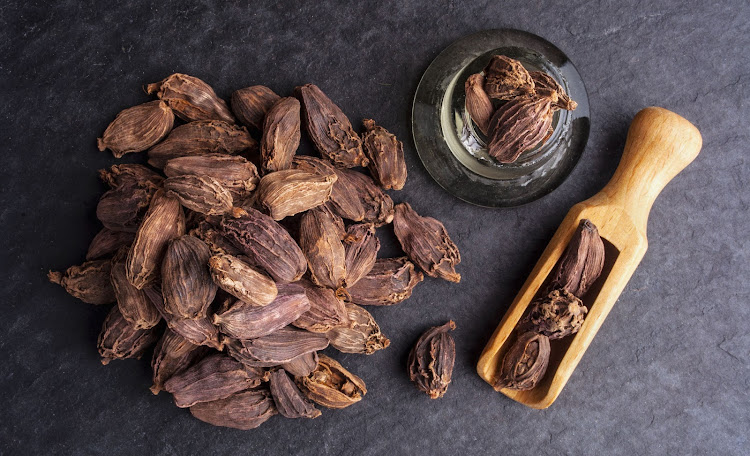 The Big Black cardamom pod, also known as badi elaichi, is used in savoury dishes. This aromatic spice is from the ginger family and native to India. The outer skin is hard and dark brown. The crushed seeds are hot on the tongue, and have a peppery flavour with a slight lemony taste.

Uses: Both the skin and seeds are used in rice dishes, meat dishes and the making of garam masala. Because of its heat-giving properties, some cultures use it medicinally, extracting the aromatic flavour as a tea to clear chest congestion. 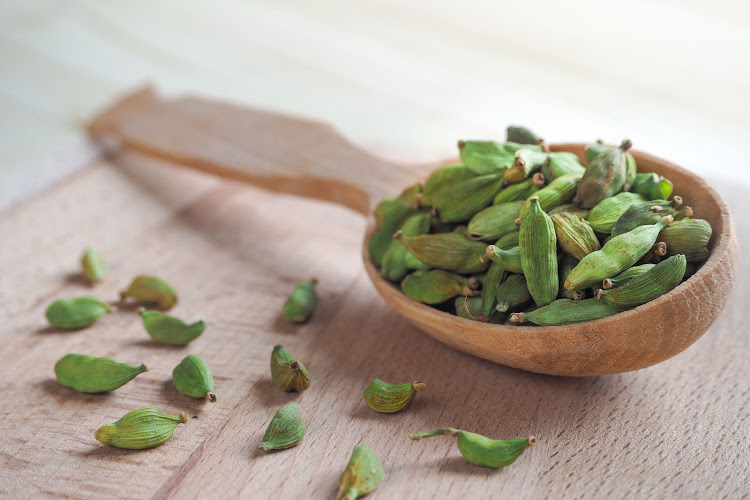 Elaichi, or green cardamom pods, are native to India and are almost as highly prized as saffron.

Uses: The pods can be used whole, or peeled to remove the seeds, in sweet or savoury dishes. It's a must in biryani. It is very aromatic and a pod or two is sufficient to make a rice dish for six people. The pods are sometimes sugar-coated and sold as breath fresheners, and a concentrated essence and an oil are extracted. Cardamom essence is used to flavour syrups for sweetmeats and drinks. 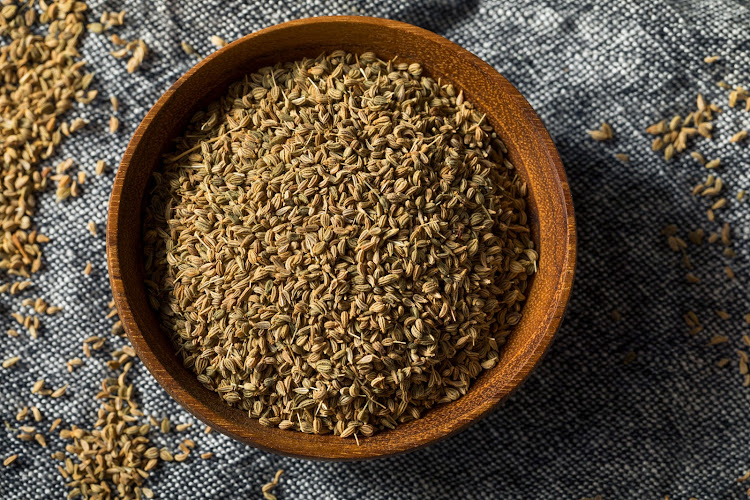 Carom seeds are also known as thymol or ajwain. Visually they resemble parsley seeds and, being allied to the liquorice family, taste similar to dill. They have a slight lemony taste and aroma. Carom is not indigenous to India, but most carom is now cultivated in north India.

Uses: Carom seeds are commonly used in pickling spices, savoury batters and vegetarian dishes. Medicinally, the infused seeds or ground carom are recommended for minor ailments ranging from indigestion to sore joints. For the latter, the seeds are crushed into a paste with mustard oil. 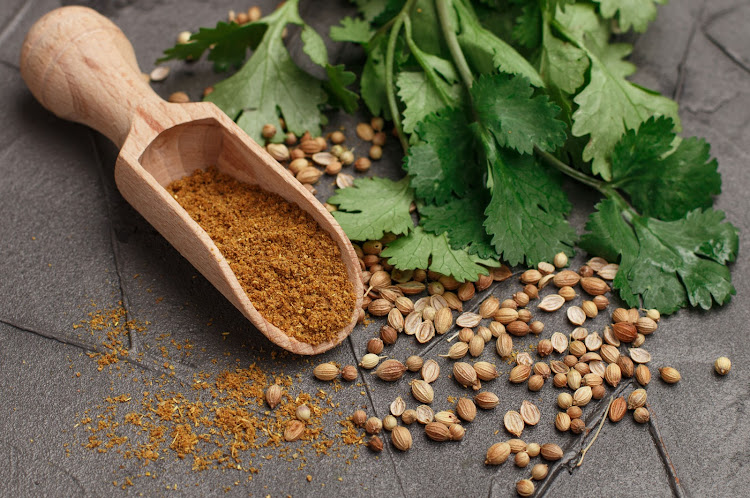 Dhania seeds, also known as coriander seeds, are used in a wealth of savoury dishes.

Uses: Dhania seeds are the foundation of garam masala. This can be made using as few as five or as many as 15 different spices; but never without dhania. Roasting or heating the seeds in a dry pan heightens the flavour and makes them crisp enough to grind to a powder. 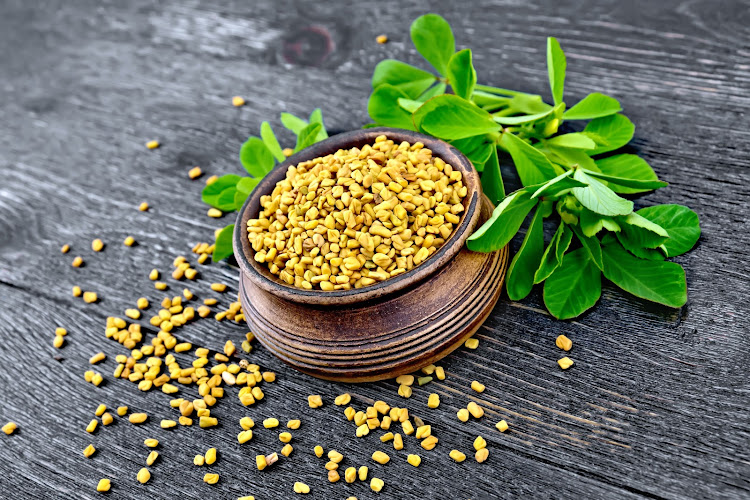 The fenugreek (methi) plant comes from the east but is cultivated almost everywhere. The dried herb is known as kasoori methi.

Uses: Both the leaves and seeds are used to make curries. The seeds, which are small yellow rectangles, are added to the hot oil when braising meat or vegetables for a curry. The flavour released is quite bitter, so use sparingly. The seeds can also be toasted and ground to form part of a seafood masala. Fenugreek tea is used as a detoxifying diuretic. 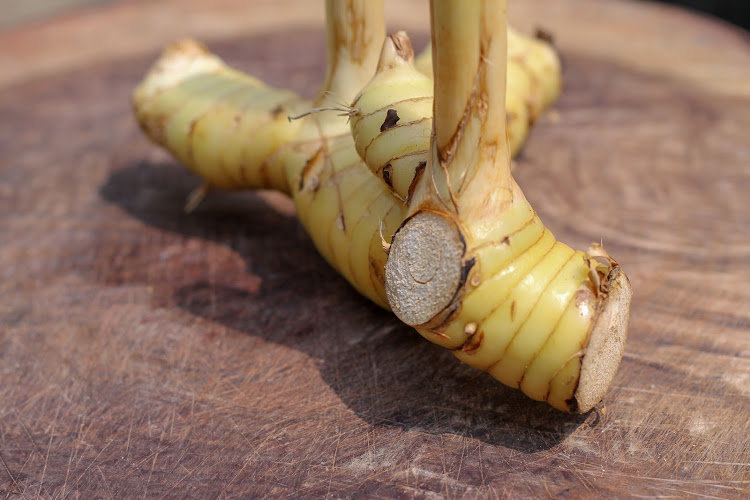 Part of the ginger family, galangal is a rhizome that resembles ginger root. Though it looks like ginger, it is not used as a substitute. Also known as China Root or India Root, galangal has a peppery taste and is used fresh or dried.

Uses: Originally from Southeast Asia, it is used in many Asian cultures in cuisine and medicinally. It is used widely in Thai and Vietnamese food. The tea of infused galangal is sometimes used as a remedy for nausea and sea sickness. 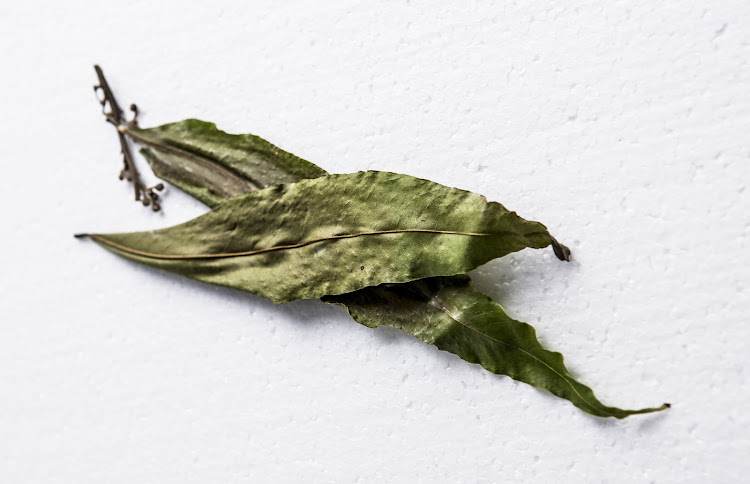 Indian bay leaf is the leaf of the cassia tree.
Image: Craig Scott

Indian bay leaf is the leaf of the cassia tree, related to the cinnamon tree. Also known as tej patha (“intense tasting leaf”), it is longer and alighted green than the bay leaf of the laurel tree used in Western cooking.

Uses: Tej patha is used extensively in Indian, Bhutanese and Nepalese food, often added to rice and birianis and ground in garam masala. 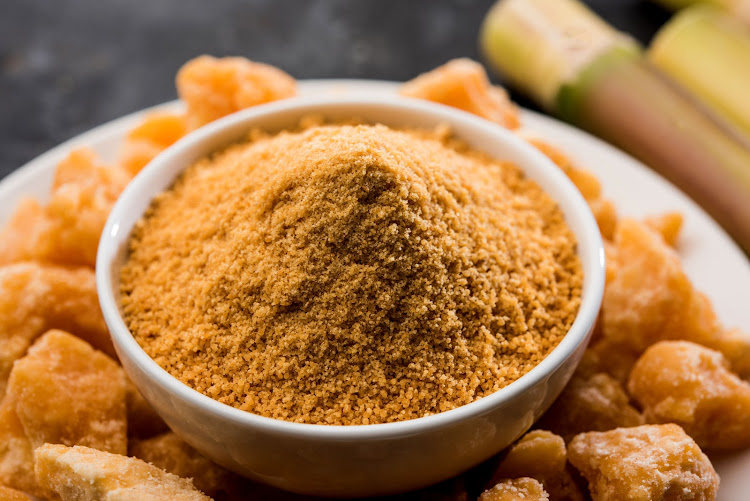 Jaggery (goorh in Hindi) is a sweetening agent. The most sought-after, traditional variety is made of sap from date or coconut palm trees, when it is known as palm sugar. Jaggery can also be made from the sap of sugar cane, boiled into a thick syrup, then cooled to solidify and sold in blocks. The best quality and least refined is dark brown.

Uses: Jaggery is used in pickling, cooking, baking and sweetmeats. 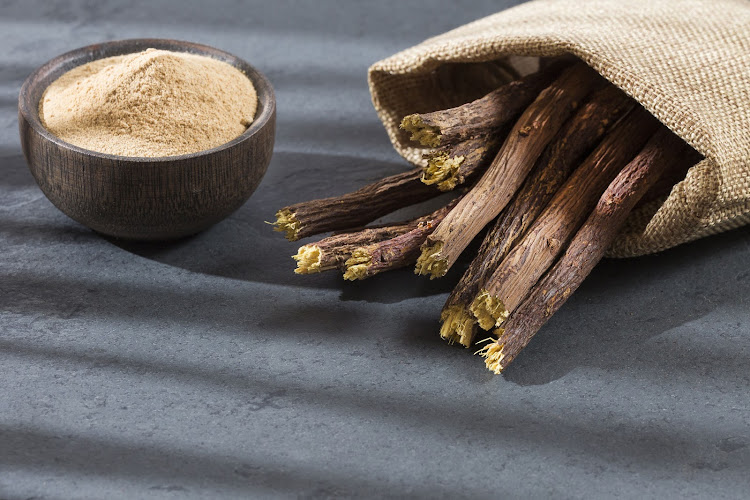 Liquorice is a root plant indigenous to the Mediterranean. It is now grown in Europe, India and other parts of Asia. It is an aromatic spice with a sweet taste, similar to star anise and fennel.

Uses: Though commonly used about the globe in confectionery, much of the world's production of liquorice is used to flavour tobacco. In India it is known as meethhi kathhi (sweet sour) or mulethi, and is available as a dried root and powder. It is used as a flavour enhancer.

Liquorice powder is used in Ayurvedic medicine as a treatment for hyperacidity. It is also used as a traditional medicine for sore throat, bronchitis and so on. Liquorice must be consumed in small quantities because large doses can be toxic. 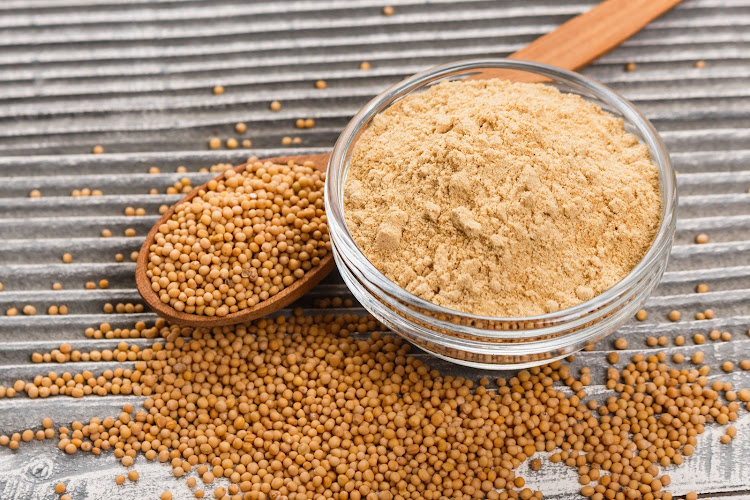 Mustard seeds come in black, brown and yellow and grow mainly in North America and Nepal. Though brown is more widely used, black seeds have the strongest flavour. White seeds are mildest.

Uses: Mustard is one of the “five spices” considered essential to Indian cooking. Mustard powder's heat is activated by water whereas whole seeds are added to hot oil. The seeds are also used in pickling vegetables. 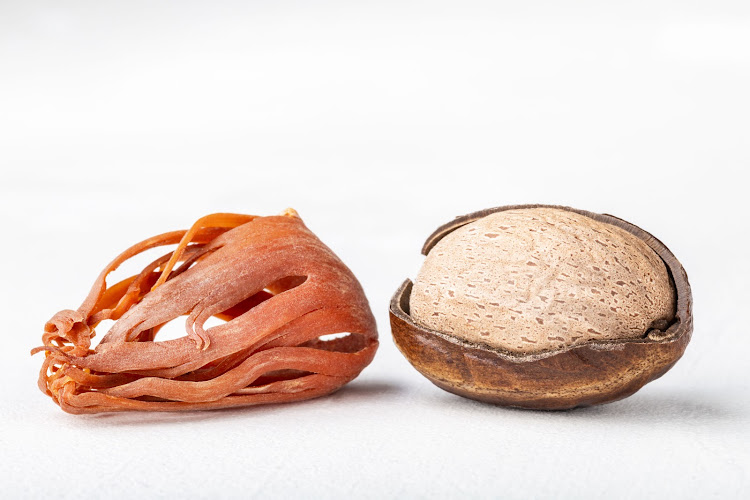 Nutmeg (jaiphal) and mace are two parts of the same seed of the fruit of the tree. The outer red covering is mace, while the hard, brown inner nut is the nutmeg. The taste is similar — sweetish and warming. Indonesia is the main producer of nutmeg, but it is also produced in India and Malaysia.

Uses: Nutmeg is a hard nut about 12mm to 15mm in length and is grated or powdered for use. Strong in flavour, it is added to sweet and savoury dishes. The essential oils of the nutmeg are distilled for use in perfumes and other nutmeg extracts have industrial uses. Because of its heat-giving properties, nutmeg is used for chest ailments and colds. 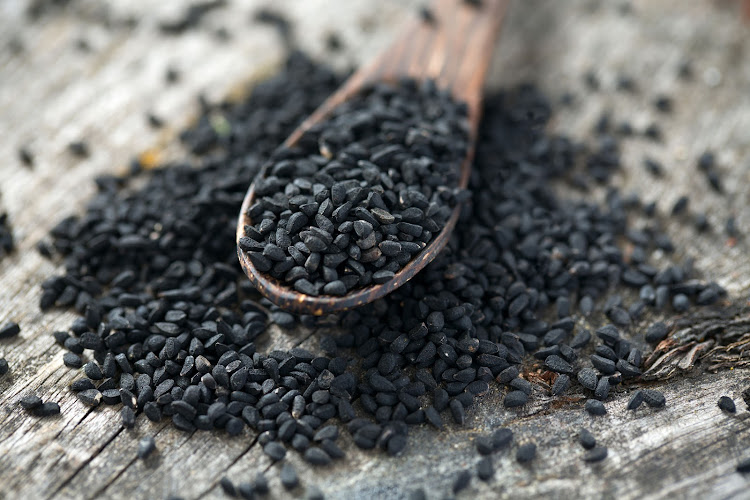 Onion seeds are referred to by various names — nigella seeds, nutmeg flower, Roman coriander and in India, kalonji. The name onion seed is misleading because the seeds are not from the onion plant, but from the fennel flower plant, Nigella sativa.

Uses: Native to the Middle East, the spice is used widely in Indian cuisine. It is also used medicinally to treat indigestion.

Try it in a recipe: Chilli pickle. 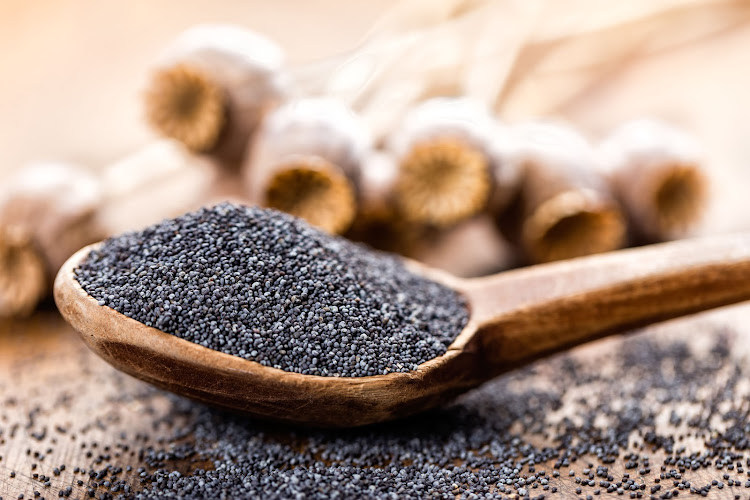 The poppy, famous as the raw material for opium, is cultivated mainly in Pakistan and China and to a lesser extent in India, Iran and Europe.

Uses: White or black poppy seeds — also known as khas khas — are used in Indian dishes and breads. The seeds are used whole, powdered, ground into as a paste or crushed for oil. They are also sold as maw seeds for bird food. The taste is nutty and milky. 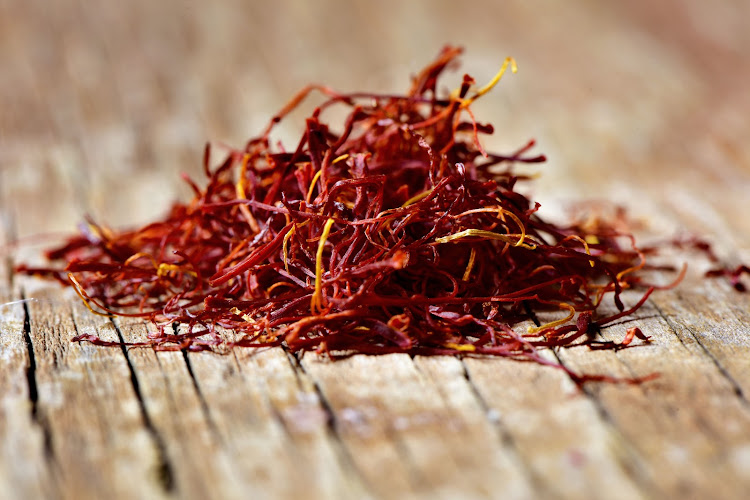 Called kesar in Hindi, saffron releases a bright yellow-orange colour when soaked and has a savoury-sweet taste.

Today's “rose of saffron” plant is not a wild species, but the result of years of selection. It does not reproduce naturally. The bulbs have to be manually harvested, divided and replanted. Each fragrant purple flower has three crimson stigmas which are handpicked and dried for use as a condiment. This intensive labour and Ltd production makes saffron the most expensive spice. 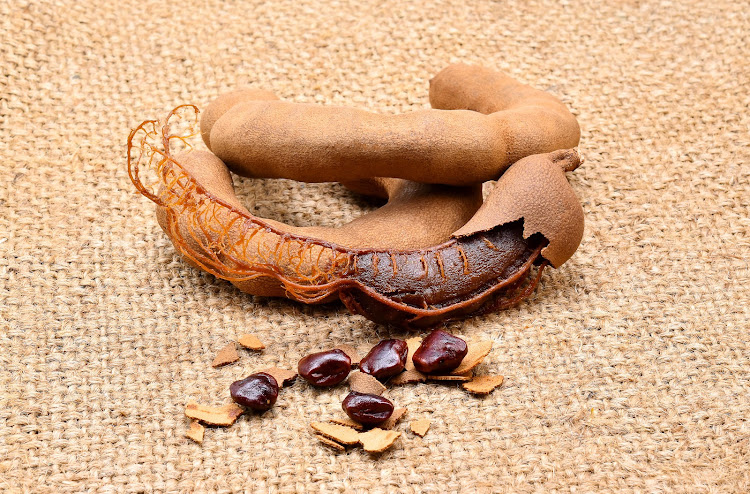 The tamarind tree grows wild in many parts of tropical Africa and has also been cultivated for thousands of years in India. It produces hard-shell pods containing a fleshy fruit which tastes more sour than sweet, and contains calcium, tartaric acid and vitamin B.

Uses: It is used for flavouring, as a preservative and in pickling. 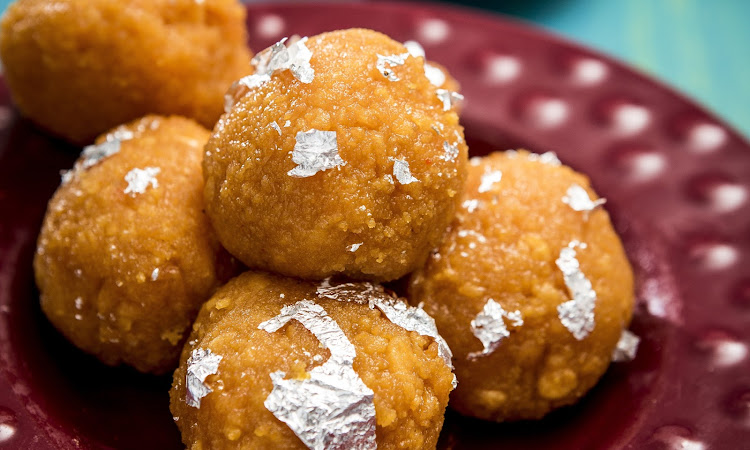 Varakh is a Sanskrit word meaning “covering”. It is an ultra-thin, light, flimsy edible foil covering for food. It is usually made of silver, sometimes gold. It has no flavour or smell and is digestible. A tiny quantity of metal is consumed in relation to the food.

Uses: To add a decorative touch to sweetmeats.

• This article is adapted from one originally published in 2015.

Five simple tips to cook up an amazing bunny chow

Add a spicy bite to grilled meat, chicken or fish with a dollop of this homemade pickle
Lifestyle
4 years ago