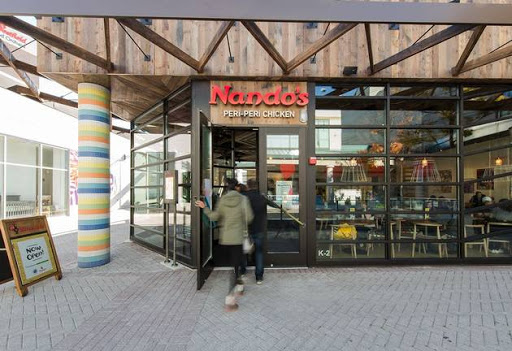 Nando's Malaysia had the SA streets in a mess with its challenge on Twitter. File photo.
Image: Facebook/nando's peri-peri orchard restaurant

The social media streets were a mess on Tuesday night after dozens of local fans entered a competition from Nando's Malaysia in hopes of scoring some free food.

The competition rules were quite simple, quote the tweet but don't get any likes, RTs or comments by 8pm the next day.

Quote tweet this tweet and get 0 likes, 0 RTs and 0 comments by 8pm tomorrow. Winner gets a Nando's voucher on us! And maybe we'll throw in a little more surprise...😉 pic.twitter.com/v93PX3cRkr

Soon fans in SA, halfway across the world from its intended audience, started tweeting the page to try to score a voucher.

They quickly saw flames when it was pointed out to many of them that there was no realistic chance of them winning, since, well, they were not in Malaysia.

Soon Nando's and the term “Malaysia” were both trending in SA, as the TLs filled with memes and jokes mocking those who had entered.

Some claimed they hadn't even noticed the tweet was from Nando's Malaysia, while others said they knew but decided to enter anyway.

A rare photo of a Malaysian Nando's on it's way to Soweto pic.twitter.com/nklg0DEuBV

Yaz Black people can watch you struggling on Twitter.

You write bomb tweets getting zero Likes and retweets

So my fellow South Africans we just going to ignore the fact that it says Nando’s Malaysia and not Nando’s Sa? Ok💀 https://t.co/N5iGYIPFYm

Person 1: But the Nandos is in Malaysia.

South Africa: Omg can we enter?

No one is getting that Nando's voucher since I can't have it no one will get it pic.twitter.com/Lf7tq99x7c

Me liking all of those Nando's Malaysian quoted tweet 😂 pic.twitter.com/5NsSUeZQK3

We just wanted free food😂💔we did not even notice that its Nando's Malaysia💀😂😂 pic.twitter.com/LcoYIbSZTY

So Nando's is shipping the meal from Malaysia kapa ba buile le Sis Nando a S.A?? What's the plan guys??

they tryna win a voucher from nando’s malaysia. yeah my brothers and sisters are starving. 😭

'The school of Tito in full force' - LOL! Nando's throws shade at 'national chef' & Twitter is in stitches

Fast-food chain Nando's has become the latest to throw a jab at the minister after a Twitter user posted a picture of his meal.
Lifestyle
1 year ago

Nando's is not just about the chicken, they're always at the top of what's trending on Twitter.
Lifestyle
2 years ago

The fast-food chain announced the temporary closure of its UK restaurants, while in Malaysia only the takeaway service remains operational.
Lifestyle
2 years ago