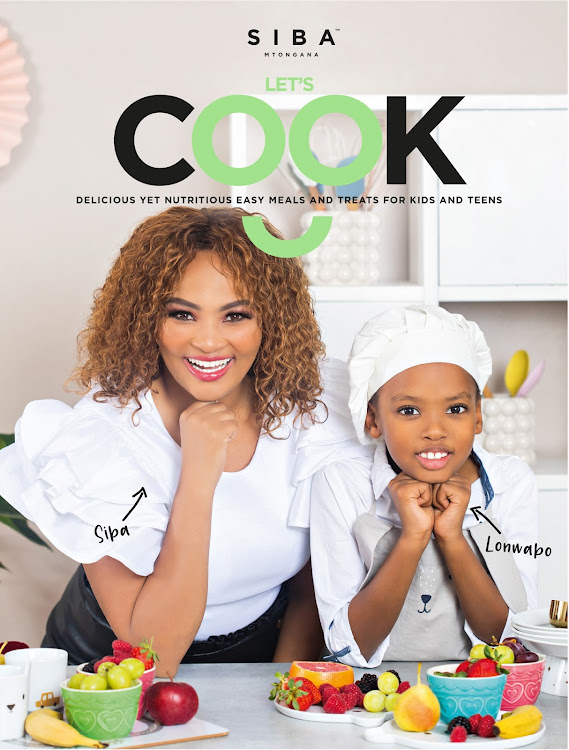 Celeb chef Siba Mtongana recently made headlines because the story of her stellar career is now being taught as a Harvard case study — and now there’s more good news.

Called Let’s Cook (Penguin Random House SA, R290), it takes a totally different approach and is geared at getting children cooking in the kitchen with their parents.

It’s filled with “nutritious and delicious, easy to-do meals” for the whole family, and the step-by-step recipes promise to equip kids with the “skills they need to become the next Big Thing in the kitchen”.

This is something the proud multi-tasking mom of four would know all about: Mtongana’s eldest son Lonwabo (pictured on the book’s cover) is a keen cook and plans to follow in her footsteps.

I remember meeting Mtongana at a Joburg restaurant a few years back, when a group of food journos gathered to toast the phenomenal success of her debut TV show, Siba’s Table, on the Food Network. The series took her into homes in 135 countries around the globe — and 60 million homes in the US nogal. Wow!

At the time Mtongana was working on a new TV show, her first cookbook was due to be published, she was expecting her third child, and nothing was going to stop her — and it hasn’t.

Here’s what else has been cooking in the world of food, wine — and my kitchen — this week:

Is 'MasterChef' Oz any good without the show's beloved original judges?

Here's a taste of what to expect from season 12 of the popular cooking contest.
Lifestyle
8 months ago

When television chef Siba Mtongana was first asked by Harvard Business School to be a case study in its prestigious MBA programme three years ago, ...
Lifestyle
8 months ago

Do you know your pinsa from your pizza?

Somizi Mhlongo-Motaung was a man on a mission when he took to Instagram on Tuesday to announce that his long-awaited cookbook is due to be released ...
Lifestyle
8 months ago