Fans in a frenzy as Nigella goes bananas over buttered toast

The celeb chef has divided social media with the use of unconventional techniques and ingredients in her latest series, 'Cook, Eat, Repeat' 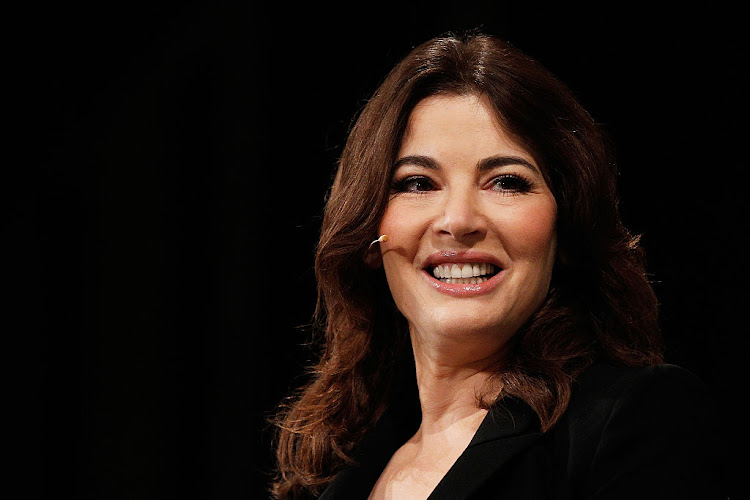 Finger-licking Domestic Goddess Nigella Lawson is brewing up a storm in a teacup with her brand new TV series, Cook, Eat, Repeat, which coincides with the release of her latest cookbook of the same name.

Surprisingly, the controversy has nothing to do with the pandemic or politics, but rather something as simple as a trio of everyday ingredients, namely bananas, butter and liquorice.

The bananas came first. In the inaugural episode of the show, Lawson used them in a pudding with chocolate and tahini. Admittedly a bit of an unusual (though clever) combination, it wasn't this recipe that caused a stir, but rather one using the fruit's leftover peels.

Rather than bin them, the waste-not-want-not chef casually tossed them into a cauliflower curry, extolling the virtues of said skins for adding texture to the spicy dish.

Some of Lawson's fans on social media thought the move was “bonkers”:

2020 just got more bonkers. Banana skins in a curry 😱 #nigella

Acknowledging such comments, the celeb chef tweeted: “I hope I didn’t traumatise you too much with the banana skins (I promise you the curry is divine)."

She later shared a post from a “sceptical” fan, who tried the dish and declared it to be delicious, saying, “You see?”

Next it was the Domestic Goddess's “two-stage buttering approach” to toast that caused an uproar.

According to Lawson, the best way to enjoy buttered toast is to generously spread the toast with unsalted butter as soon as it pops out the toaster and allow this to melt into the bread. This will “give it a fabulous, crumpety bite”, she says. Next you slather on a second layer of butter before adding a sprinkling of sea salt flakes.

The internet was divided over whether this segment of the show was genius or just plain ridiculous: should a celeb chef devote time to demonstrating something as basic as buttering toast?

While some thought her lavish use of “double butter” was wasteful, others couldn't wait to try it. Here's a taste of the mixed reactions on Twitter:

Nigella shows the nation how to butter toast 🙄🤦🏻‍♀️ 5 minutes I will never get back #toast #nigella pic.twitter.com/z1f3glg0jU

Omg she can even complicate toast #nigella

WTF just watched the 1st 5min #CookEatRepeat tonight and I've been doing my toast all wrong for 40 years....can't wait until the morning to try 👍 @Nigella_Lawson 'the 2 stage toasting process' #gamechanger pic.twitter.com/34Y6mfHdjN

DOUBLE. BUTTERED. TOAST. Well, @Nigella_Lawson has just given us another reason to adore her.

Now Lawson has yet again whipped the internet into a frenzy with her use of liquorice — she has a penchant for the tongue-curling salty variety.

In a recent episode of Cook, Eat, Repeat, she made a gorgeous Basque cheesecake - subtle and creamy on the inside, with a dark, almost burnt top (it’s meant to be like that). She then made a rather scary-looking liquorice sauce and, in her own inimitable style, poured a puddle of it over the bake.

Talk about chalk and cheesecake, the lady certainly knows how to get people talking – and buying her cookbook.

#Nigella just made a cheesecake - with no bottom, for the love of... - and then poured liquorice sauce on it
Liquorice on cheesecake.
Liquorice.
Cheesecake.
Am I hearin' you right? pic.twitter.com/suL6bJ3iJg

I love @Nigella_Lawson more than life itself, but she’s just ruined a decent baked cheesecake by pouring liquorice all over it 🤢🤮🤢 #Nigella

That liquorice cheesecake @Nigella_Lawson made is my absolute dream dessert 🥰

• 'Cook, Eat, Repeat' is currently only airing abroad. However, the accompanying book of the same name is available locally.

These celeb chefs' retro-chic aprons are selling like hot cakes

Once dowdy and housewifely, aprons are back in vogue — just ask chefs Zola Nene and The Lazy Makoti
Lifestyle
1 year ago

Local celebrity chefs clean up at the Luxe Restaurant Awards

Is 'MasterChef' Oz any good without the show's beloved original judges?

Here's a taste of what to expect from season 12 of the popular cooking contest.
Lifestyle
1 year ago

Chef Zola Nene put me in my place: Gordon Ramsay on his SA co-star

The pair of celeb chefs cook up a feast for a Zulu chief — and have a fairly close encounter with a hippo — in the newest season of 'Gordon Ramsay: ...
Lifestyle
1 year ago