The Domestic Goddess caused a stir on social media when she made a spicy dish starring this unappetising ingredient on her new TV show ‘Cook, Eat, Repeat’ 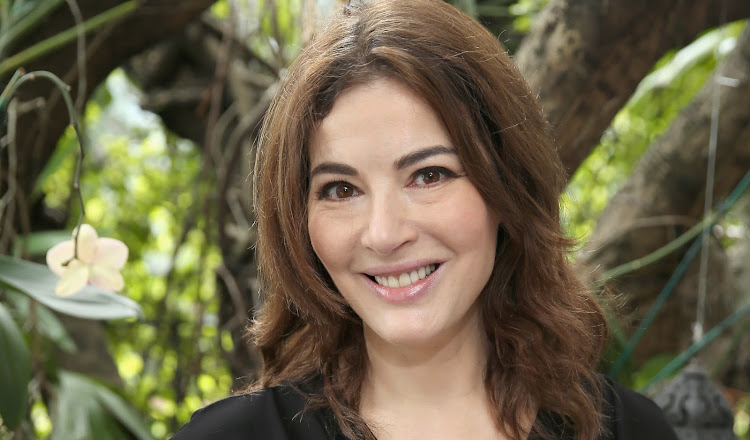 In the first episode, the poetic celeb chef said instead of binning banana peels, you should add them to a curry — an idea which turned some fans’ stomachs.

The series has hit SA screens and I tuned in at the right moment to watch the Domestic Goddess casually lift a board of slippery pieces of banana skin, which she had cut into perfect triangular shapes, and slide them into a spicy Asian coconut milk-based cauliflower curry.

I was intrigued and couldn’t resist making this infamous dish to see what all the fuss was about.

In the cookbook accompanying the show, which is also called Cook, Eat, Repeat, the recipe for this curious curry is more of a method and one of Lawson’s many “conversations” in the publication. She talks about her aversion to waste, something was instilled in her by her mother who lived through the food shortages of World War 2.

She said it was the throwaways from baking banana bread — yes, she too had been making said bread during lockdown — that inspired this bizarre recipe.

To make Lawson’s curry, which serves 2-3 people, I followed her method adding variations.

I trimmed the peels from three over-ripe bananas at both ends, before swooshing them around in boiling water to which a pinch of salt and some turmeric had been added  before leaving them to soak.

Once the water had cooled, I removed the skins and gave them a gentle squeeze to get rid of excess liquid — they are a bit slimy — before cutting them into equally-sized triangular pieces and setting them aside.

The saving grace of this dish is a head of cauliflower, broken into florets saving the leaves (waste not, want not). Both are pre-cooked until al dente and set aside to add to the dish later.

The foundation of a good curry is a mélange of flavourants and this one is no exception. To make the sauce, one chopped onion is fried in a splash of vegetable oil with a clove or two of garlic, a knob of freshly grated ginger and a chopped chilli, fiery seeds included.

Once softened, 1 tsp turmeric and 2 tbsp of tomato purée (I used Italian passata) are added to the pot. Next you pour over a 400g can of coconut milk — not the low-fat version, Lawson stresses — and add 1 and 1/2 teaspoons of sugar, the juice of a small lemon and salt to taste. This is then cooked, uncovered, “letting it bubble and reduce for five minutes”.

The moment of truth was adding the banana skins and simmering them in the fragrant sauce for 10 minutes, before tipping in the cauliflower florets and leaves, which are heated through before serving. 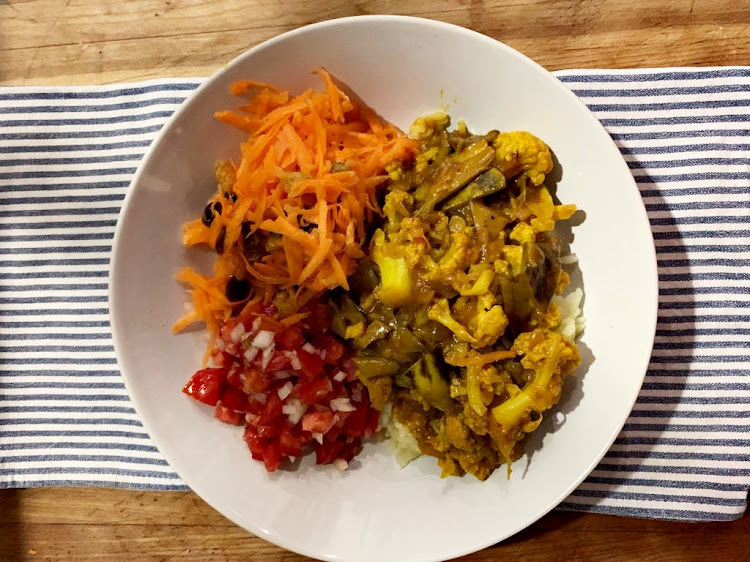 It is said you can hide a multitude of sins in a curry. In this one the banana skin pieces, which become tender yet hold their shape, could be mistaken for bits of brinjal. The dish is surprisingly good and if you served it at a dinner party over rice and accompanied with sambals and a warm roti, your guests would be none the wiser.

P.S. As it happens, using banana skins as an ingredient isn’t that obscure an idea. In Indian cookery some vegetarian dishes feature banana skins shredded and cooked as a meat replacement.

Fans in a frenzy as Nigella goes bananas over buttered toast

The celeb chef has divided social media with the use of unconventional techniques and ingredients in her latest series, 'Cook, Eat, Repeat'.
Lifestyle
10 months ago

Three tasty dishes every South African should know how to cook. Do you?