Does Starbucks SA's Bubble Pop Frappuccino taste as good as it looks?

This limited-edition sip is sure to be a hit with Instagrammers. We put it to the taste test 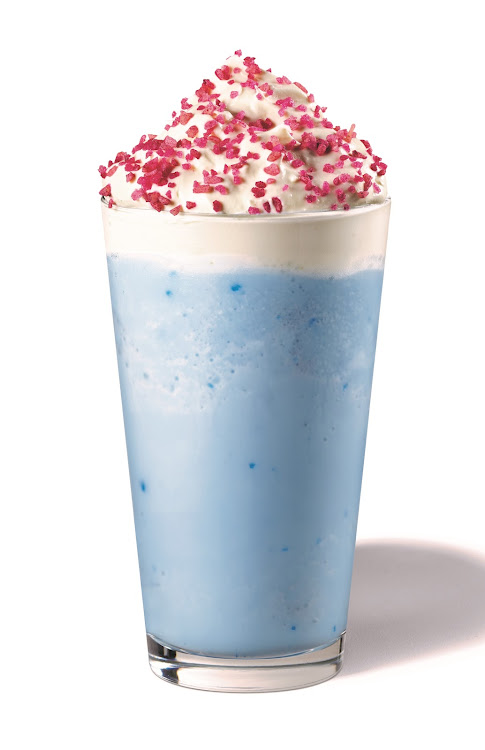 From their annual seasonal treat, the Pumpkin Spice Latte, to the Unicorn Frappuccino that broke the internet in 2017, chances are you’ve stumbled across snaps of the unique drinks Starbucks offers abroad while scrolling through Instagram.

Now that their latest limited-edition sip, the Bubble Pop Frappuccino, has landed in SA, you can expect to see plenty more.

With its vivid blue colour and generous swirl of whipped cream sprinkled with pink popping candy, this bubble-gum-flavoured beverage certainly is photogenic, but does it taste any good?

Here’s what some of the Sunday Times Lifestyle team had to say:

I’ve never had a drink delivered to my doorstep that arrived looking as pretty as the picture I’d seen online. Icy cold with those appealing beads of condensation on the side of the tall container, my Bubble Pop Frappuccino was topped off with a ‘lick me’ swirl of cream and a sprinkling of pink popping candy.

It took me back to the time when my children were young, and their favourite outing was to a steakhouse with a playground; they’d be satisfied with a plate of chips and a double thick milkshake to which they’d return in between playing for long, happy slurps.

Back to my Frappuccino — the word I discovered has been trademarked by Starbucks — which was thick and creamy and so good that its rather startling blue hue became irrelevant. Like a child, I kept waiting for the surprise — the popping of the pink candy balls — as I polished off the lot.

Feeling guilty about the carb load, I consoled myself with the fact that while this Frappuccino may be bubble-gum-flavoured, it’s made, so the Starbucks people tell me, with the addition of dried spirulina powder to give it that intense blue colour. This wonder food is so nutrient dense I could happily down another with a clear conscious.

I suppose I’m what you might call a traditionalist. I like my takkies made from canvas and coffee brewed in a moka pot. Black. Strong. No sugar.

As such I eyed the Starbucks Bubble Pop Frappuccino with suspicion: this elaborate clear plastic container almost overflowing with whipped cream, bubble-gum flavouring and popping candy sprinkles. Why was it trying so hard? What did it want?

To find out I unwrapped a straw, stuck it through the spout and took what would be my first and last sip. It wasn’t. Even after leaving it out in the garden, a good 10 metres from my home work station, I kept on returning for more.

Eventually it was all gone and I had to dispose of said container in the kitchen where I could feel my hand-turned wooden Japanese coffee grinder judging me. Hard. Damn you, Bubble Pop Frappuccino, damn you. ​

Is it fab or a flop? We tried a cheat’s cheesecake mix from Lancewood

Our sceptical food editor puts the new Piece o’Cake Cheesecake Mix to the taste test and does the sums to find out which is more economical: ...
Lifestyle
1 month ago

The Domestic Goddess caused a stir on social media when she made a spicy dish starring this unappetising ingredient on her new TV show 'Cook, Eat, ...
Lifestyle
2 months ago

The Instant Pot now boasts an air fryer, but is it any good? We tried it