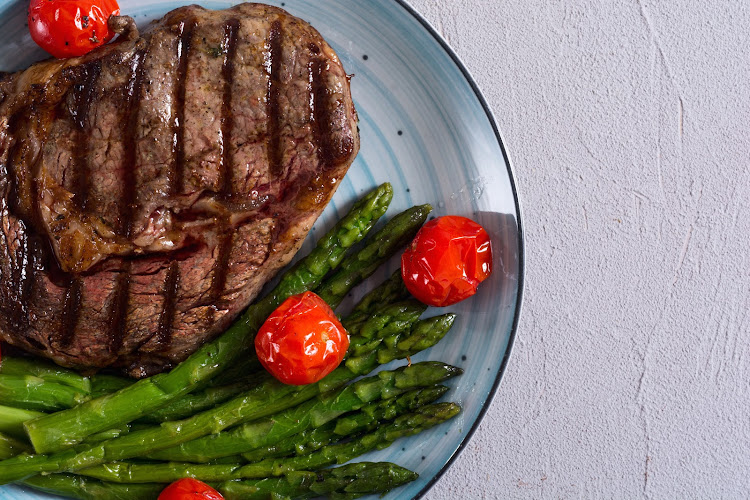 According to Epicurious, "almost 15% of greenhouse gas emissions globally come from livestock (and everything involved in raising it)" and "61% of those emissions can be traced back to beef".
Image: 123RF/Alexei Logvinovich

While driving back from a weekend away in Mpumalanga, I was savouring the thought of the ginormous beef rib that we’d cooked over the coals the night before — just one fed four very generously.

I was passing time in the passenger seat perusing the internet, when I came across an article on Epicurious.com that made me weigh up the consequences of my carnivorous lifestyle.

Founded 26 years ago, Epicurious is the US food site that every home cook and chef worth their salt consults for culinary advice and recipes. That’s why I was fascinated to read that the editorial team behind it has taken beef off the menu — permanently. Yes, in future you won’t see it featured in any new recipes, newsletters or articles.

Sneaky, sneaky, it was pointed out that the decision had been taken a year ago, and in case we hadn’t noticed, there had been no new beef recipes published since then.

Quick to allay fears that Epicurious doesn't have a beef against cows, it was explained that the aim of this move is to drive a more sustainable consumption of the stuff, which is ultimately kinder to the environment.

The brand admitted that beef isn’t the only culinary “climate offender” but said that it is one of the “world’s worst”.

“It might not feel like much, but cutting out just a single ingredient — beef — can have an outsize impact on making a person’s cooking more environmentally friendly," the article stated.

The good news for meat lovers is that the beefy content published pre-2020 won’t be removed from the Epicurious website, but going forward the focus will be on promoting “pro-planet” recipes.

Carnivore vs vegetarian: two takes on the plant-based fare at Lexi's Healthy Eatery

Hilary Biller and Paula Andropoulos graze their way through the largely vegan menu at this new whole food restaurant in Rosebank, Joburg
Lifestyle
4 months ago

Chicken or beef? Which food choices are worse for the environment

Eco-conscious shopping may not be as straightforward as you think. Anthony Warner unpacks your trolley
Lifestyle
6 months ago

Our food editor fills you in on the latest in the world of food and wine.
Lifestyle
5 months ago
Next Article