When chef Siya Kobo lost his fine-dining restaurant due to lockdown, he didn't give up. Instead he teamed up with the JHB Culinary & Pastry School 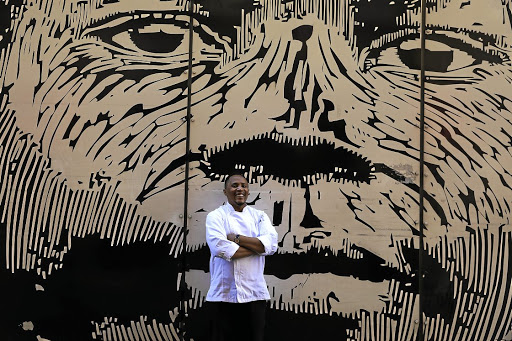 Having worked his way up through the haute cuisine ranks of numerous prestigious culinary brigades, including those of Londolozi and the five-star Intercontinental at OR Tambo, this veteran of the South African National Culinary Team opened his own eatery, KOBO Cuisine, at Maboneng in Johannesburg in 2018.

Accolades and diners poured in. As SA's foremost advocate of the "New African Cuisine" genre, everything was going great.

Then Covid struck and the hospitality industry was hit hard. Kobo closed his restaurant.

Of this experience he says: "It was heartbreaking and terrifying. Obviously, I worried about the financial aspect which has been really tough, but over and above that I really believed, and continue to believe, that what we were trying to achieve at KOBO Cuisine matters. It is about more than a plate of food. It is about asking important questions about what it means to be South African and how to express that to ourselves and the outside world."

Given the ghastly year he has had, Kobo is remarkably ebullient and optimistic.

"I have said all along that we have to believe that tomorrow will be better," he says. "It is the only way to be. What other choice do we have? I have spent the time researching local food history and traditions so as to be ready with a new plan when the time came."

Change does not have to be crippling, says chef who reinvented himself after Covid-19

After the pandemic put the brakes on his catering company, chef Arnold Tanzer shook things up and launched a new chocolate milk business. He tells us ...
Lifestyle
1 year ago

The good news is that the time is now. His new, eponymous 20-seater fine-dining restaurant, KOBO, is set to launch on May 29 at the JHB Culinary & Pastry School (JCPS).

"Having chef Siya here is a great fit," Says Jarlyne Joel, director of the JCPS. "He is the coach of the junior national culinary team so he is comfortable in a mentoring role, and working at KOBO is an excellent opportunity for our trainee chefs to empower themselves with his knowledge of the indigenous preparation methods, sustainability, taking pride and having a level of patriotism to South African cuisine. Our students are extremely privileged to be taken under chef Siya's wing." 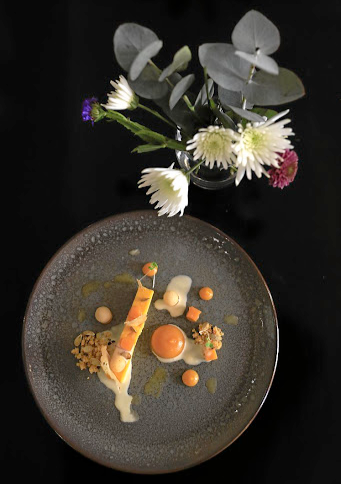 Even before you eat, prepare to be extremely impressed by the restaurant's location. It is situated in an exquisitely elegant inner-city, early modernist building, opposite the Rand Club.

Designed by Johannesburg architectural icon Gordon Leith, it was built in 1940 to house the Transvaal interests of Barclays Bank, and its exquisitely OTT style reflects the status of what was then the world's largest bank at the heart of the world's richest gold fields. Super-high ceilings, magnificent marble floors and chandeliers galore are the order of the day. There is also ample safe underground parking.

Kobo is committed to creating a progressive African epicurean experience in which Mzansi's heritage ingredients, cooking methods and recipes can be reconfigured as gourmet, fine-dining food.

For those anxious about driving in the Joburg CBD at night there are lunch and early dinner options. Alternatively, stay overnight at the building's super-secure, deliciously luxurious penthouse apartment, the only caveat being that the owners require a minimum two-day stay. This may be a blessing in disguise, because once you've eaten at KOBO you'll definitely want a second dinner date. 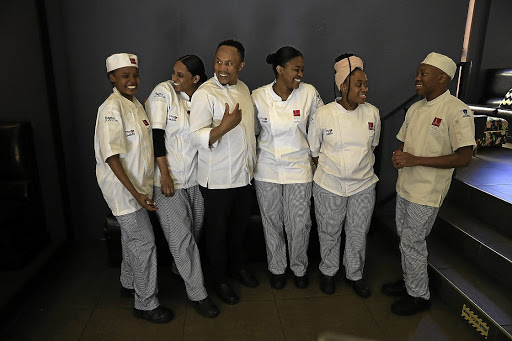 You'll need to visit this glam Joburg eatery more than once in order to fully appreciate the diverse selection of dishes and drinks on offer, writes ...
Lifestyle
1 year ago

Is opening an eatery in a pandemic foolhardy or smart? Restaurateurs weigh in

The owners of two new Joburg eateries, Toasted and Embarc, give us their take as we sample their food
Lifestyle
1 year ago