Is bobotie really the most popular SA food worldwide?

Our food editor has niggling doubts about research that indicates bobotie, malva pudding and boerewors come tops in the global popularity stakes 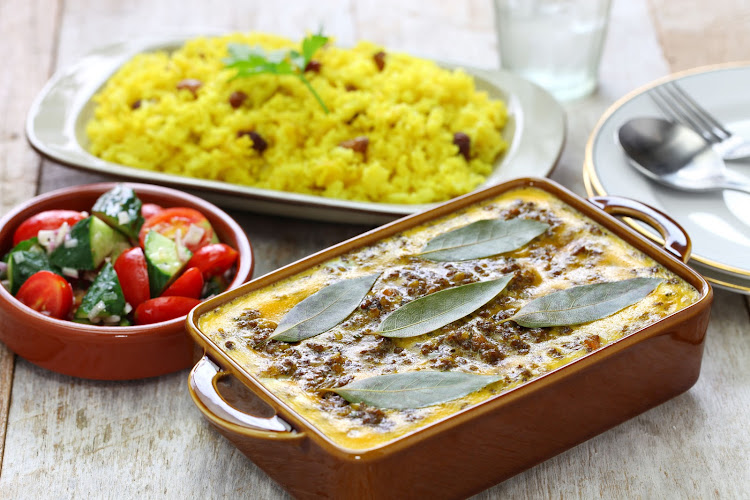 According to the late SA food writer Sannie Smit, the first recipe for bobotie was published in a Dutch cookbook in 1609.
Image: 123RF/cokemomo

When research from travel company Trafalgar revealed that bobotie, boerie and malva pudding are the three most popular SA foods worldwide, I was a bit sceptical.

Don’t get me wrong, it’s not because these foods aren’t right up there — the stats prove they are. Trafalgar analysed over 50,000 Google keywords related to food and travel and named those foods with the highest search volumes in 2020 as being the most popular.

However, I can’t help but feel the results are somewhat skewed by the fact that SA’s turbulent past means other worthy contenders — umngqusho (samp and beans), chakalaka, idombolo (steamed bread) and bunny chow to name a few — simply haven’t had the same amount of international exposure.

Take bobotie, the dish that took the top spot in the popularity stakes, for instance. According to the late SA food writer Sannie Smit, the recipe for this Cape Malay creation of curried mince with an egg custard topping first appeared in a Dutch cookbook in 1609.

“It is to SA what moussaka is to Greece and lasagne to Italy,” Smit wrote in the 1986 book, The South African Encyclopedia of Food and Cookery. 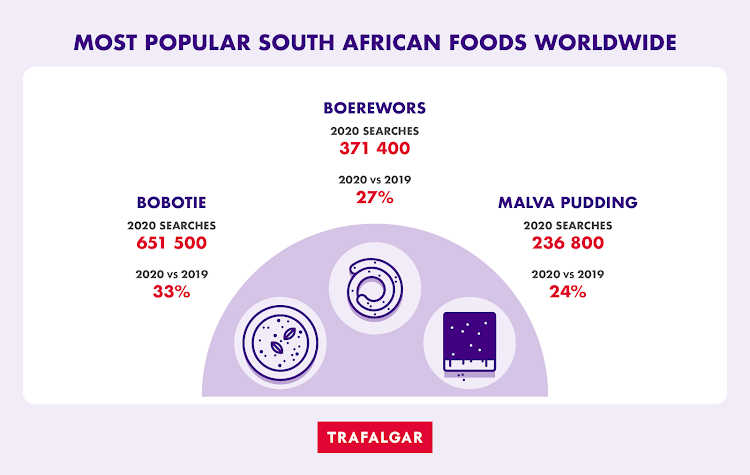 The three most most popular SA foods worldwide based on the highest volume of Google searches in 2020.
Image: Trafalgar

Much has been said online about bobotie being named SA’s national dish by the UN's women’s organisation in the 1950s.

While I can’t put my finger on anything to substantiate this claim, it shows that bobotie is one of those local recipes that have been circulated around the globe for many years.

I recall how surprised and delighted I was to find a bobotie recipe in an English magazine in the early 70s.

It was authored by celeb chef Prue Leith, who was recently made a Dame by Queen Elizabeth for her services to food, broadcasting and charity in the UK — and like bobotie, malva pudding, and boerewors is one of SA’s most famous and best-loved culinary exports.

By stealing inspiration, and a few ingredients from this Cape Malay classic, you can easily turn bobotie into burgers or pies, and make a fish or ...
Lifestyle
1 month ago

Three tasty dishes every South African should know how to cook. Do you?

No, boerewors and braaiwors are NOT the same thing — the government says so

Did you know that the recipe for boerewors is regulated by the government?
Lifestyle
10 months ago