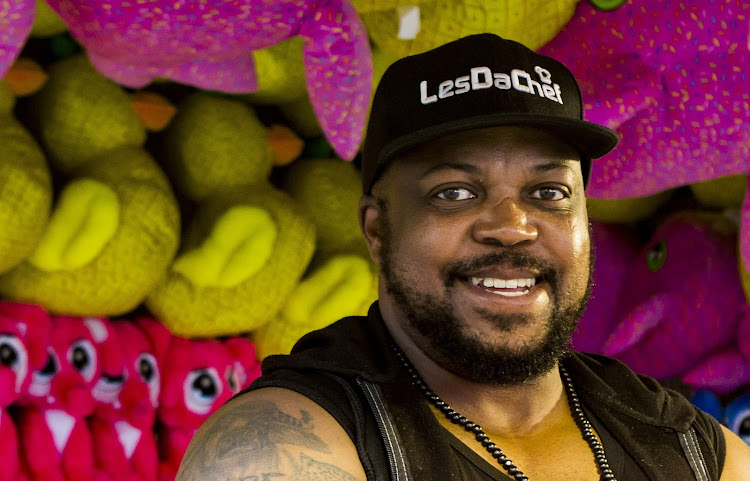 The ingredients had been prepped and the packed audience was waiting in anticipation for chef Lesego Semenya aka Les Da Chef to arrive. It was 2019, and I was facilitating some of the cookery demonstrations at the Kingsmead Book Festival in Joburg.

The late influential food writer Dorah Sitole was in the school’s kitchens with me. Her big signature smile bright as she told me what a huge fan of Semenya’s she was. She was holding his debut cookbook, Dijo: My Food, My Journey, which she’d brought to be autographed.

Like Sitole, Semenya was passionate about sharing his deep love of SA flavours. His then newly published book was filled with recipes to give traditional township meals a contemporary twist, and Sitole later told me that it gave her “hope” to see trendy chefs like Semenya cooking African food.

As soon as Semenya walked into the venue, the place came alive — that was the kind of presence he had.

It’s no easy task cooking while keeping an audience entertained, but he did it with aplomb, sharing anecdotes in between cooking tips as he made his grandmother’s favourite cookie recipe.

Semenya told us how working with food had changed his life — he’d previously been a process engineer before enrolling at the Prue Leith Chefs Academy in Centurion — and it was apparent to all that food and family were central to the chef's life and that he was a very happy man.

On reflection, the memory of that day is tinged with immense sadness as both Sitole and Semenya have succumbed to complications after contracting Covid-19. Sitole died in December 2020, and Semenya earlier this week.

It is a great loss for all those who loved them, and even greater loss for SA food. May their souls rest in peace.

The late Lesego Semenya is credited as one of the young chefs who sparked an African food renaissance in SA.
Lifestyle
2 weeks ago

It gives me hope that trendy chefs are cooking African food: Dorah Sitole

The culinary doyenne shares her thoughts on why SA has been slow to embrace traditional flavours.
Lifestyle
9 months ago

Dorah Sitole opened the door for us, say celeb chefs Zola Nene and The Lazy Makoti