Paris Hilton has a new Netflix cooking show, but do we 'loves it'?

Celeb Paris Hilton is “sliving” — a term she coined to simultaneously describe slaying and living your best life. This is something she constantly reminds us of in her new Netflix show, Cooking with Paris. She even has a whole wardrobe of special fingerless sliving gloves to prove it.

Each episode sees her invite one of her famous friends over to help her prepare a meal. Naturally, Hilton dresses in fabulous designer outfits and hires a party planner to decorate her dining room to match the theme of the menu.

“I love cooking but I’m not a trained chef — and I’m not trying to be,” she qualifies at the start of the show.

This is evident when fellow reality TV star Kim Kardashian West pops over to help her cook “Breakfast in the Clouds”.

At one point Kardashian West asks the hotel heiress for a pair of tongs. Hilton doesn’t have a clue what these are but eventually finds some.

“Do you feel like you’re cooking with North?” asks Hilton, referring to the eldest of Kardashian West’s four kids. “Or is she a better cook than I am?” 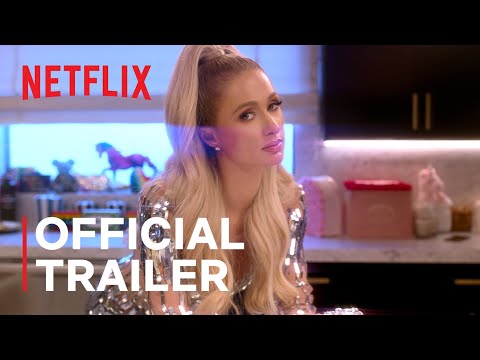 And I think therein lies my problem with the show. Hilton and I are roughly the same age, but I’ve grown up and she hasn’t.

I was a fan of her original reality series, The Simple Life, where she and her equally privileged former bestie Nicole Richie would attempt to do low-paid jobs and menial tasks. Hilton was in her early twenties at the time it premiered.

This ‘fish out of water’ premise continues in Cooking with Paris, but while I used to find her cluelessness about everyday things endearing and funny in equal measure, watching her antics through adult eyes, I just find them somewhat sad and irritating.

Can a 40-year-old woman really not know what a whisk is? Or what the word “garnish” means? As always with Hilton, it’s hard to guess how much of what she does is an act.

As for the food itself, there are one or two things I’d recreate from her handwritten recipe book which, as you’d expect, has been authored using multicoloured pens and decorated with glittery stickers.

She tops a funfetti cake with flan — Mexico's answer to creme caramel — to create a mash-up dessert which rapper Saweetie declares to be orgasmic. On their second attempt, she and her mom and sister,  Kathy and Nicky Hilton, make some scrumptious-looking buttermilk onion rings.

And next time I make a frittata, I'll follow Hilton and Kardashian West's lead and aerate the eggs in a blender to give the dish a souffle-like texture.

That said I won't be decorating my roasts with edible glitter and sprinkles any time soon.