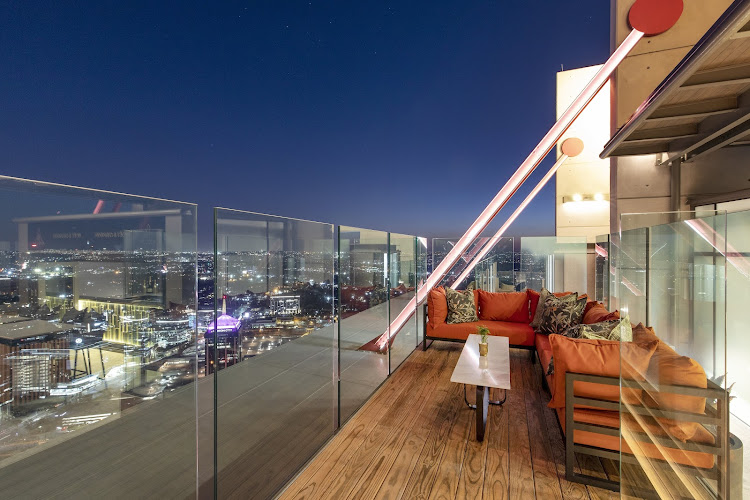 Enjoy the high life at Alto234, a bar on the roof of SA's tallest building, The Leonardo, in Sandton.
Image: Supplied/Alto234

The Sani Pass may have the distinction of being home to Africa's highest pub, but Sandton has bagged the bragging rights to housing the continent's highest urban bar.

Called Alto234, it's name reflects its lofty location on the roof of The Leonardo, SA's tallest building. Alto is a nod to “altitudo” meaning “height” in Latin, while the number 234 refers to how many metres above ground level you'll be as you sip the bubbly you bought from a posh vending machine.

The limited-edition gadget was choppered in to mark the bar's grand opening this weekend. Called a Moët Mini-Matic, it uses special tokens to dispense perfectly chilled 200ml bottles of Moët & Chandon. According to Wanted Online, it's the only vending machine of its kind in Africa and will be a permanent feature. 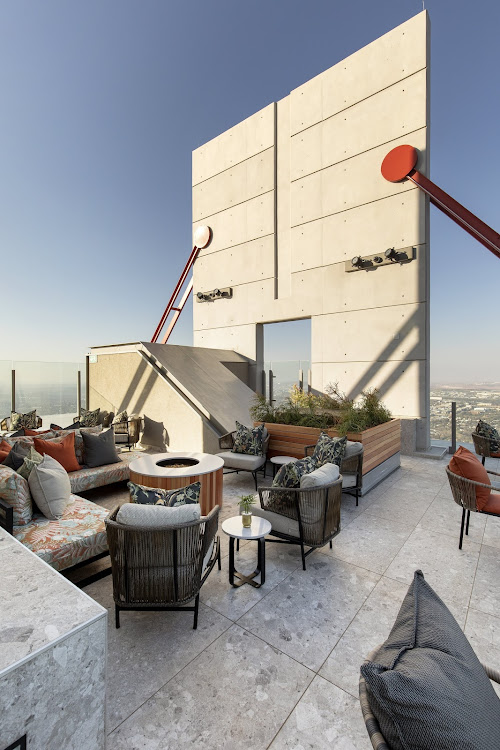 The outdoor seating areas at Alto234 boast gas firepits to ward off the chill as the sun sets.
Image: Supplied/Alto234 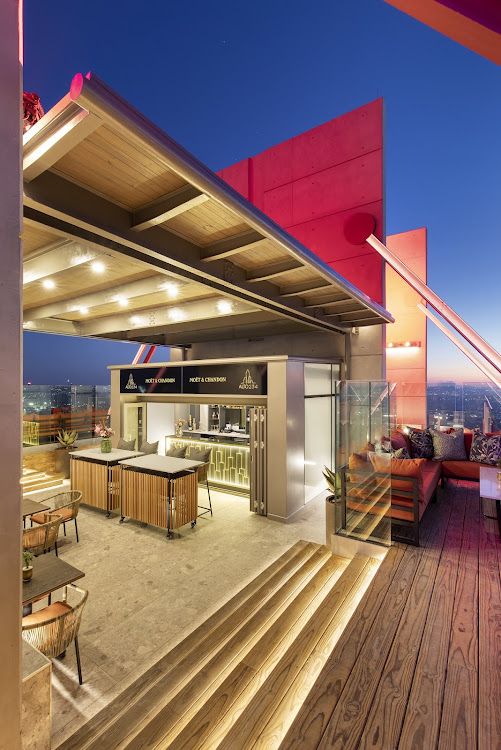 Along with fine French champagne, the well-stocked bar offers premium spirits and wines from around the world as well as local favourites. Drinks on the cocktail menu are described as being “fun, trendy and edgy with the right amount of sophistication”.

There's also a luxury tapas menu that's been masterminded by the folks at Aurum, a fine-dining restaurant also in The Leonardo.

But of course, Alto234's main drawcard is sure to be the dazzling 360° views it offers of Joburg. The bar can accommodate up to 100 people across seven seating areas, each of which is said to offer a unique perspective of the City of Gold.

The 'My Kitchen Rules SA' judge is expanding his Joburg empire with a new bar-cum-restaurant.
Lifestyle
1 month ago

Proud Mary brings some glitz to the Joburg food scene