The views from Delaire Graff Restaurant are breathtaking. This Stellenbosch estate has been named one of the world’s top 50 vineyards for 2021. File photo.
Image: Supplied

After what has been a very hard 18 months due to the Covid-19 pandemic and resultant alcohol bans, the SA wine industry finally has something to celebrate.

On Monday, the world’s top 50 vineyards were revealed at the third annual World’s Best Vineyards awards and local estates clinched three spots on this prestigious list, including one in the top 10.

The 2021 ranking features the globe’s greatest wine tourism destinations in 16 countries and was compiled based on the votes of nearly 600 international wine and travel experts.

According to the World’s Best Vineyards website, the vineyards that made the grade are “the best places to taste terrific wines and learn about winemaking and grape-growing. Many also offer superb views, restaurants and places to stay.”

A Ceres brewer made the concoction as a surprise for his daughter’s wedding and it has now been named top winner at the International Cider Challenge.
Lifestyle
1 year ago

The Zuccardi Valle de Uco vineyard in Argentina clinched the number one spot, followed by others in Spain, France, Uruguay, Chile and Italy.

WHICH SA VINEYARDS MADE THE CUT?

Creation came in at number 10 on the list and was also named continent winner for Africa.

A wine estate that was established as recently as 2002 by JC Martin and his wife Carolyn in the Hemel-en-Aarde valley, it has become well-known for not only its fine wines but its delicious food and wine pairing menus and breathtaking grounds where visitors are welcome to hike, cycle or admire the art on the property.

Delaire Graff Estate in Stellenbosch was ranked number 30. Opened in 2009 by Laurence Graff, the estate not only boasts wonderful wines but a five-star hotel, two restaurants, a spa and an art collection.

The third local winery on the list is Klein Constantia Winery, at number 44. Far older than the other two local estates on the list, its reputation spans many years, dating back to 1685 when it was owned by Simon van der Stel, then-governor of the Cape.

Today its tasting studio and restaurant dazzle visitors, with its vistas of Table Mountain on one side and False Bay on the other. 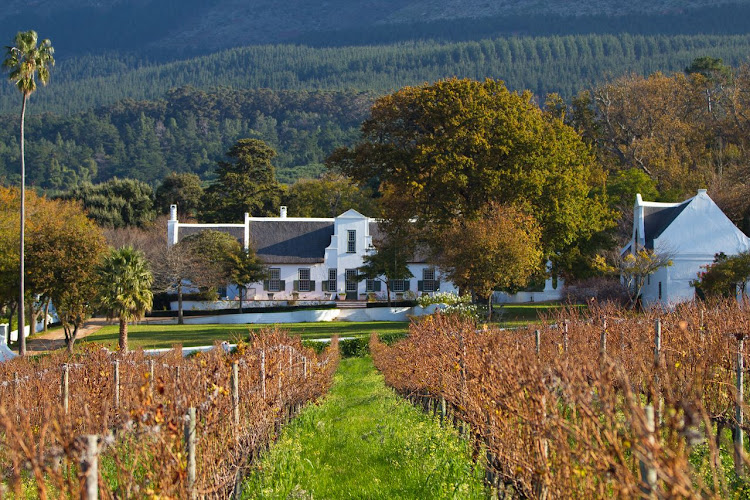 To see the full list of winners, visit worldsbestvineyards.com.

You’ve heard of white, red and rosé, but have you tried trendy orange wine?