WATCH | Burger King launches a plant-based menu: Can we tell the difference between the OGs and veggie options?

We tried Burger King's new vegan and plant-based additions and lived to tell the tale.

The fast-food joint this week announced that it had added new vegan and plant-based items to its SA menu. The new additions include the plant-based Whopper Burger, a vegan chicken sandwich called the Vegan Royale, and vegan nuggets.

According to Burger King SA CEO Juan Klopper the new offerings are part of the restaurant's goal to become the global leader in plant-based alternatives in the quick-service restaurant space.

Donovan Will, the director of ProVeg SA, who administers the V-Label locally, said the launch of the new items will inspire more interest in plant-based food in SA.

“The V-Label symbol is going to increase awareness of veganism, and make it easier for consumers to identify vegan options and trust that they are truly vegan,” he said.

WHO ARE THE CONTENDERS?

We tried out the plant-based Whopper and the Vegan Royale - both additions are said to contain 0% meat and 100% plant-based ingredients.

We compared the two items to two originals on the menu - the beef Whopper and chicken sandwich - to see if we could tell the difference. 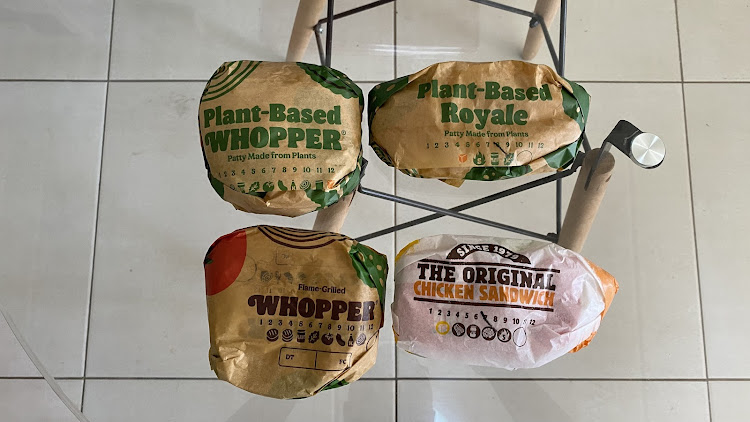 We ordered the food through the food delivery app Mr D Food.

SO DOES IT TASTE SIMILAR TO THE ORIGINAL?

The closest option to the real thing was the plant-based Whopper burger's patty.

From the first bite, the burger tasted like real beef but it has a slight after taste.

The patty, according to the fast-food joint, has no artificial colours, flavours or preservatives.

It's worth noting that the patty is not certified by the Vegan Society because it is plant-based and it is cooked on the same broiler as Burger King's original Whopper to deliver the same unique flame-grilled taste. 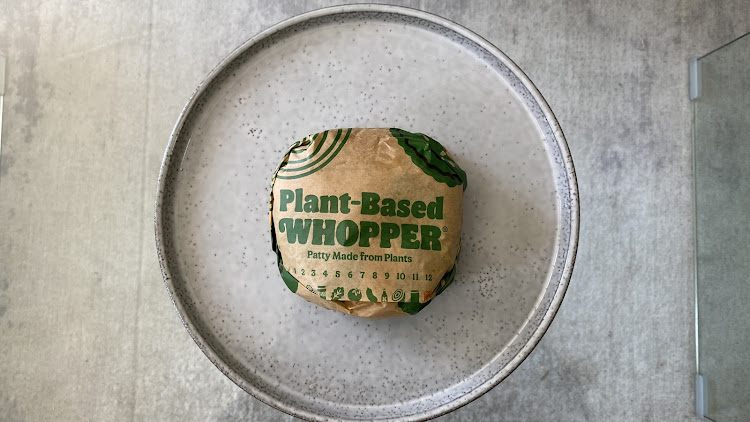 In our opinion, the Vegan Royale tasted nothing like the original chicken sandwich. It looked like chicken but had a different taste without the vegan mayonnaise and lettuce.

The chicken is made with a blend of soy, wheat protein and wheat starch.

The sandwich was saved by the vegan mayo. 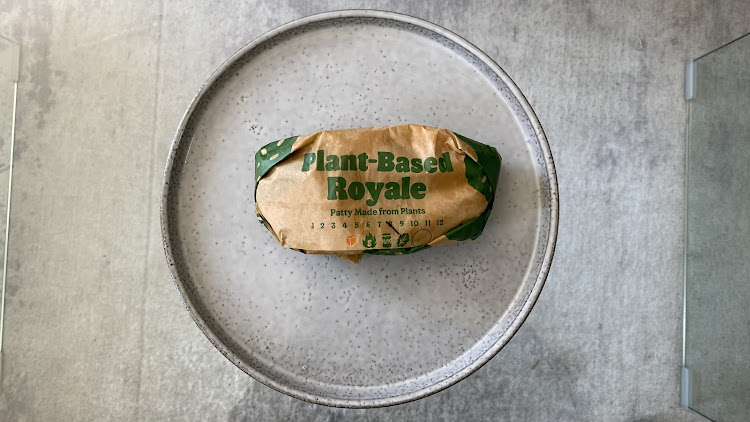 Is fake meat the future of pet food?

It is being synthesised in US, but will Fido, and humans, bite?
Business Times
3 years ago

This breakfast product looks, feels & sort of tastes like egg — but it's not

What looks like that tasty breakfast dish may not always be what it appears to be.
Lifestyle
3 months ago