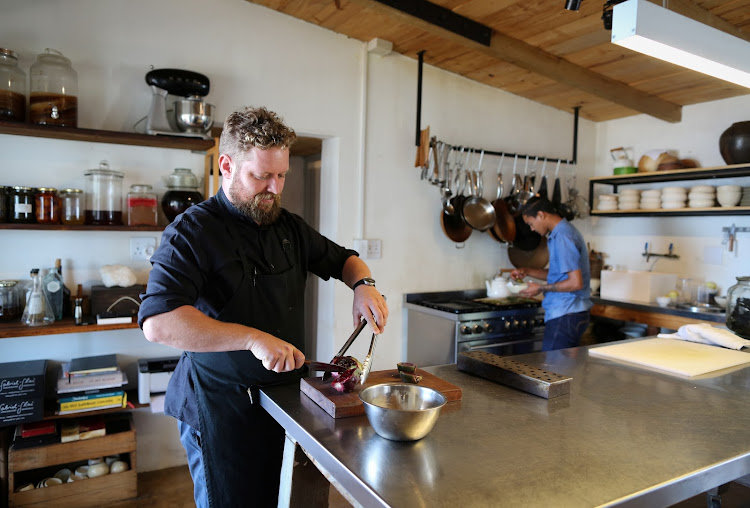 The international restaurant industry waited with bated breath for the winners of the World’s 50 Best Restaurant awards to be announced on Tuesday night in Antwerp, Belgium.

This annual event sees the release of the highly influential World’s 50 Best Restaurants list, which is based on the votes of more than 1,000 independent food experts worldwide.

Last year’s awards were cancelled by the Covid-19 pandemic, which has had serious ramifications on eateries around the globe. The timing of the release of the 2021 results comes as a huge boost just as the hard-hit hospitality industry needs it.

The great news is that Wolfgat, a small restaurant in Paternoster on SA’s west coast, cracked a worthy nod, placing at number 50. It sits alongside the international greats, big hitters like Nomu (ranked #1) and Geranium (#2) in Denmark and Asador Etxebarri (#3) in Spain.

This recognition is huge for Wolfgat — and the country too — as the chef patron Kobus van der Merwe (pictured) told the Sunday Times.

Though Wolfgat was the only local restaurant to make the top 50, Cape Town’s Fyn and La Colombe placed among the runners’ up: those eateries rated 51 to 100.

Mzansi's Leah Bessa, a food scientist who produces Gourmet Grubb ice cream from insect “milk”, was also lauded as being one of those who are “shaping the future of gastronomy” on the inaugural 50 Next list.

Cape Town eateries Fyn and La Colombe have been lauded by the judges of The World's 50 Best Restaurants.
Lifestyle
7 months ago

After what has been a very hard 18 months due to the Covid-19 pandemic and resultant alcohol bans, the SA wine industry finally has something to ...
Lifestyle
8 months ago

The woman behind the wines at Olifantsberg Family Vineyards was lauded in Tim Atkin's influential SA Special Report. She tells us how it feels
Lifestyle
8 months ago