How does plant mince compare to real meat in a cottage pie face off? 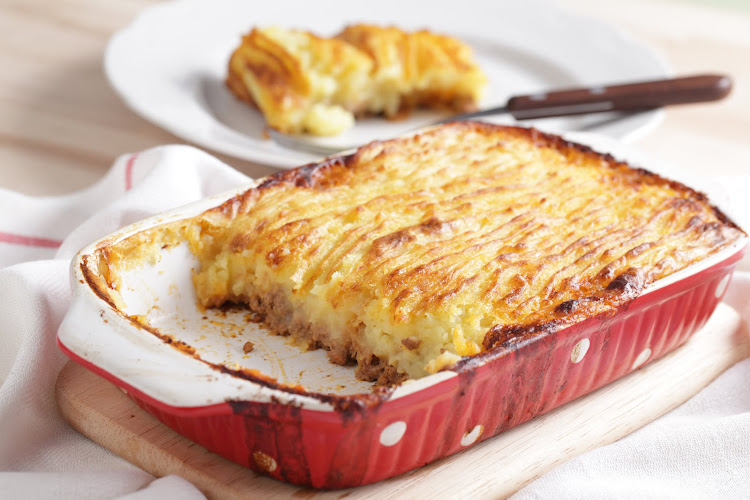 Do you know the difference between cottage and shepherd's pie? The first is traditionally made with beef mince and the second with lamb mince. File photo.
Image: 123RF/elvinphoto

Good old cottage pie. It’s one of those recipes  that just has a knack of hitting the right spot, no matter what season you serve it in.

Another reason it tends to be a family favourite is that it's easy to make: a tasty beef mince base is topped with creamy mash before being baked in the oven.

It's a wholesome helping of comfort food — and one of the meaty meals that those who've adopted a plant-based lifestyle often tend to miss.

So what better dish to make to test out Future Farm Future Mince, a relatively new plant-based mince that's available exclusively through Checkers? 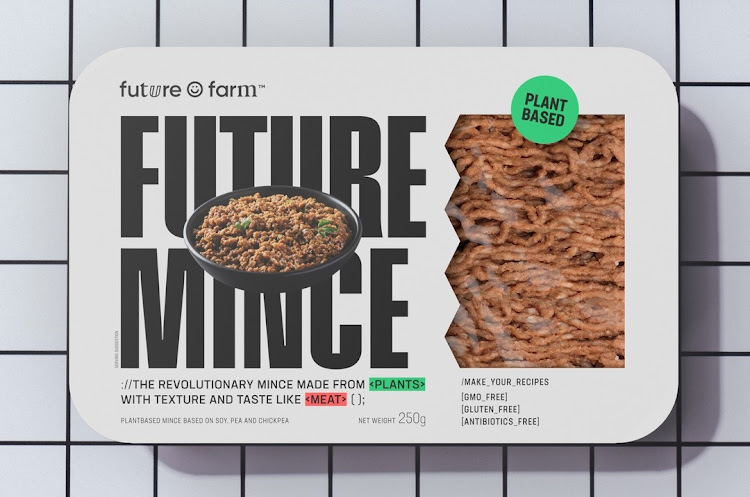 To see how Future Mince compares with the real deal, I made a pair of cottage pies following the same recipe: a traditional one and a vegetarian version using plant-based mince and vegetable stock.

Would my dinner guests be able to tell which was which?

COOKING WITH PLANT VS BEEF MINCE

Future Mince comes in 270g packs priced at R64.99. I had to use two packs to make up the 500g needed to make a cottage pie bringing the total cost of the protein for the plant-based version to R129.98.

Future Mince is a vegetable mince based on soy, pea and chickpea. The package indicates it contains no genetically modified organisms, gluten or antibiotics. It contains coconut and canola oil, methycellulose (a thickener), salt and beet powder for colour.

Beef mince is a combination of beef and fat. The fat content may vary depending on whether the mince is regular, lean or extra lean.

The Future Mince had a similar look to beef mince as it was crumbly and coloured red with beetroot. The lack of fat content meant it didn't have that mottled look that regular raw mince has.

I used a splash of olive when browning both types of mince. 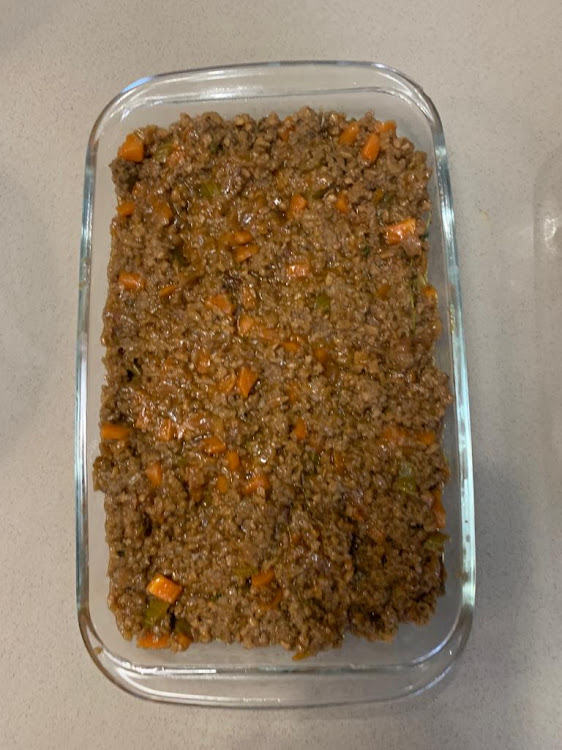 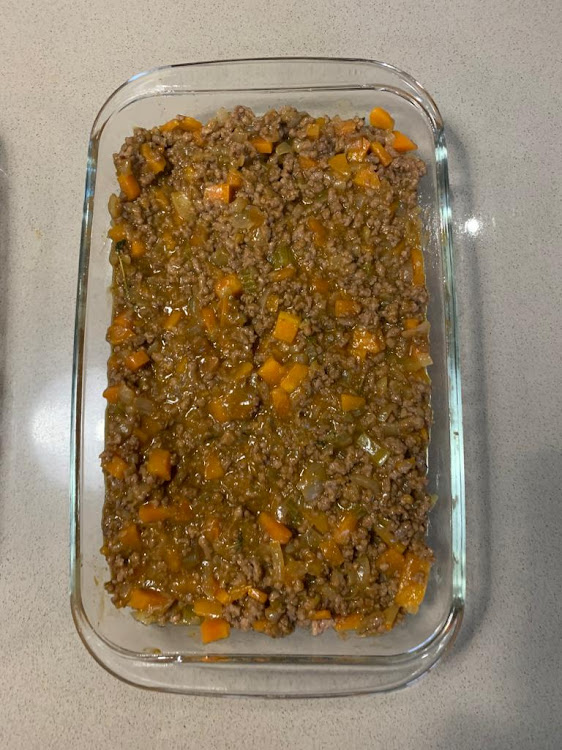 The plant-based mince browned with difficulty and required constant stirring. The strange thing, as a meat eater, is that there was no aroma whereas thanks to its fat content, the beef mince both browned easily and released an appealing aroma.

As the fat in the beef mince cooks down, once it's browned you're left with a smaller volume of meat — anywhere from ½ — ¾  of the amount what you started out with depending on the fat content of the mince.

Whereas as the plant-based mince has no added fat, once it's browned the volume is almost the same as the raw product.

When adding the stock, the beef mince takes way longer to reduce than the plant-based mince, which absorbs the stock quickly, making the grains swell.

Once baked, the two dishes looked identical. The plant-based mince was almost the same colour as the beef, however the beef filling had a glisten from the fat in the meat whereas the vegetarian version did not.

My dinner party guests — my husband and a friend — didn't know which cottage pie was which. They had difficulty in identifying the one made with plant mince by aroma, but could tell immediately from the flavour. 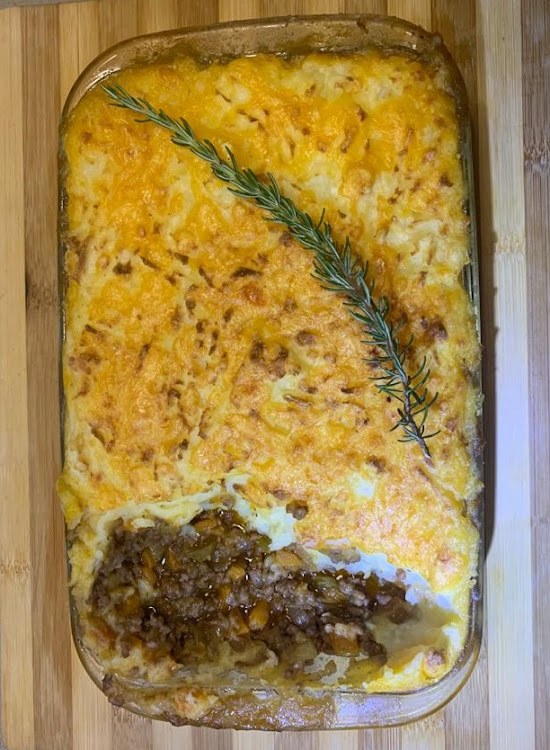 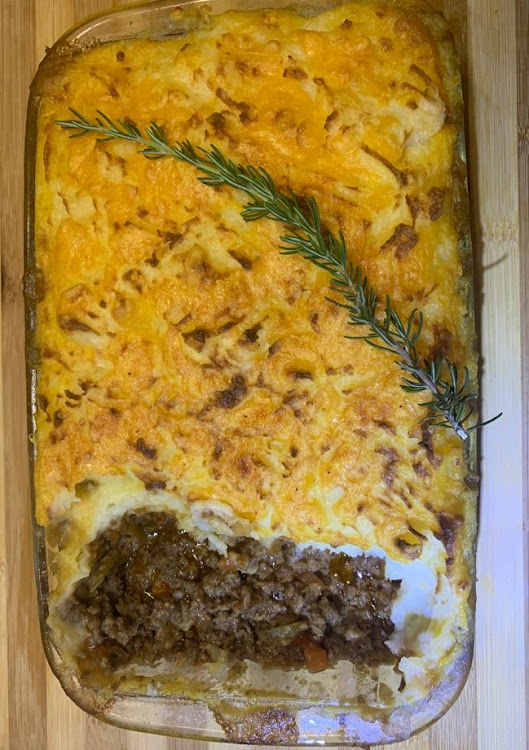 As meat eaters, the beef cottage pie got the thumbs up from all three of us. That said, we agreed that the plant mince version has its place in today's climate-conscious world.

The plant mince absorbed the flavour of the other ingredients well, giving it all the characteristics of a traditional cottage pie. However, as it's a soy-, pea- and chickpea-based product the texture was slightly spongy.

The flavour was not unappealing, but it definitely has a taste that a former meat eater would have to get used to. My husband described it as “a bit cardboardy tasting” though I'm not sure he's ever eaten cardboard.

The plant-based mince made a very comparable cottage pie, but for meat eaters it would take some getting used to — the fat in beef mince adds a lot to the dish's classic flavour profile.

We were surprised at the cost of the plant mince, which made cooking the plant-based cottage pie far more expensive than the beef one. That said, according to the packaging Future Mince is imported from Brazil.

This gave us some food for thought. While the toll the production of beef has on the environment is one of the factors driving the global move towards a more plant-based lifestyle, one needs to consider the impact that importing products has on climate change too.

WATCH | Burger King launches a plant-based menu: Can we tell the difference between the OGs and veggie options?

We tried Burger King's new vegan and plant-based additions and lived to tell the tale.
Lifestyle
2 months ago

Chicken or beef? Which food choices are worse for the environment

Eco-conscious shopping may not be as straightforward as you think. Anthony Warner unpacks your trolley
Lifestyle
1 year ago