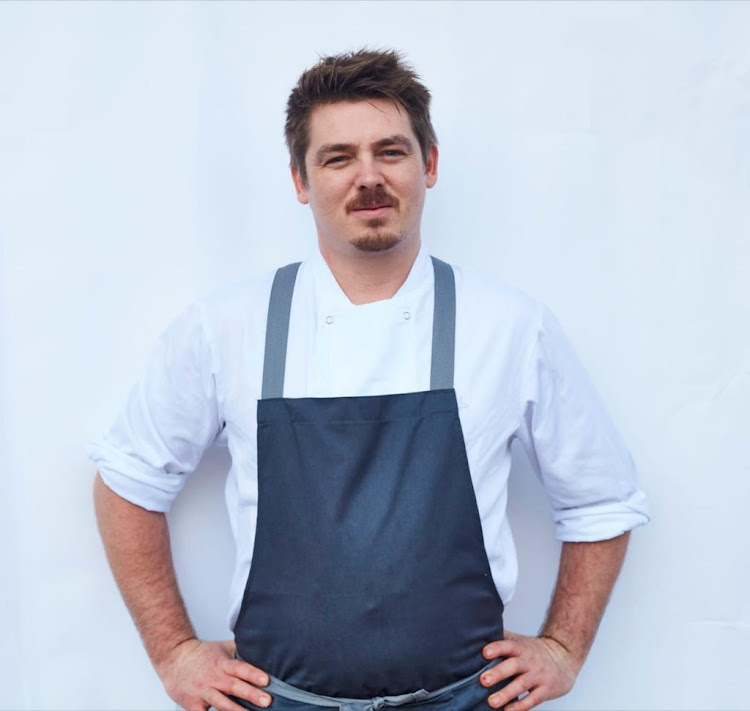 I was so chuffed to see KwaZulu-Natal-born chef Calvin Von Niebel’s recipes for “melk tart” and bunny chow published as part of famed chef and cookbook author Yotam Ottolenghi’s regular column in the UK’s Guardian newspaper.

It was such great publicity for Mzansi’s rich culinary heritage, especially as Ottolenghi’s pieces are syndicated in the States.

Von Niebel (pictured) is the executive chef for the British-based Ottolenghi group, which is no small fry. It consists of two highly regarded London restaurants — Rovi and Nopi — a handful of delis, cafes and bakeries around the city, and a test kitchen.

Nopi is where Von Niebel first started his Ottolenghi journey, nine years ago; he still rates working there as one his career highlights.

The chef, who “never cooked as a kid”, credits both grandmothers for their influence in his career: his English granny for her old school recipes and preserves and jams, the other for her love of spicy food and curries.

That, together with the fact he’s a Durban boy, is the reason he picked to showcase a mutton bunny chow on the international stage.

His version, unsurprisingly, is a little more “cheffy” than the original. It’s served in soft white rolls rather than a hollowed-out loaf with a drizzle of curry leaf oil and a posh carrot sambal on the side. The spicing — imperative to a good bunny — is his own blend of the famous Durban masala brand, Gorima’s.

Von Niebel’s recipe for melktert — or “melk tart” as it appears in print — is a little more controversial.

No, not the custard filling, though the chef flavours it with cardamom and star anise as well as the classic cinnamon. (His suggestion is to let the spices infuse in the milk overnight or “at least for an hour”).

It’s the crust that has got traditionalists’ tongues wagging. Instead of using the traditional pastry, he uses crushed Tennis biscuits to create a base. Von Niebel says unapologetically that that’s the way he’s always make melktert, it’s the version he’s grown up with and the one his wife enjoys most.

Yotam Ottolenghi on 'Flavour': Even run-of-the-mill veg can be heavenly

SA chef Danielle Postma of Moemas fame is a protégé and friend of the acclaimed celebrity chef. She chatted to him about his new cookbook
Lifestyle
1 year ago

These local chefs and cooks all agree that where they're from impacts what they put on the plate — and that our unique food traditions must be ...
Lifestyle
2 months ago

SA’s Michelin-star chef is on a mission to encourage people to eat more game. He share his tips for cooking it
Lifestyle
1 month ago