MasterChef SA is back 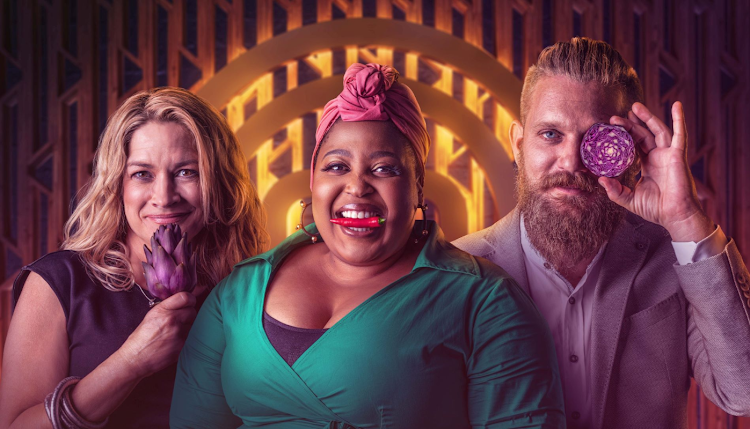 “Foodtainment”. That’s what the late and great chef Billy Gallagher, the longest-serving president of the South African Chefs Association and an iconic figure in SA’s hospitality industry, said of the then dawn of a new era of food shows on television. If I remember correctly it was the mid-1990s, around the time of the popular BBC Ready Steady Cook series featuring the bouncy presenter chef Ainsley Harriott, who would challenge contestants with mystery baskets of ingredients to whip up something grand with the clock ticking. Little did Gallagher know at the time how hot “foodtainment” would become.

This week M-Net, which has been teasing audiences with tiny cryptic bites of the upcoming fourth series of MasterChef SA (which starts on February 28), announced the names of the trio of judges for the new show. Refreshing to see two women — the fabulous celeb chef Zola Nene, who we’ve seen in The Great South African Bake Off, and Justine Drake, founding editor of Pick n Pay’s Fresh Living magazine (the retailer is the main sponsor of the show) — crack the nod. Alongside them will be the less well known chef Gregory Czarnecki, who earned his gourmet pedigree at the helm of The Restaurant at Waterkloof wine estate in the Cape for many years until the Covid pandemic and lockdown restrictions forced him to close the award-winning establishment in 2021.

A Frenchman by birth, Czarnecki speaks of a childhood surrounded by gourmands, so it was no mistake he was destined to a life in food. He won the coveted Chef of the Year award from Eat Out in 2016. The trio make for an interesting blend — Nene who is known for forthright manner and expertise when it comes to food; Drake, who with many years in the food industry under her belt I feel sure will be the one to console the contestants and mop up the many tears the show is well known for; and Czarnecki, who has mentored many young chefs in his time and will ensure that in this series cheffing standards are upheld in the kitchen. I can’t wait.

Billy Gallagher, who has died in Johannesburg at the age of 67, was South Africa’s first celebrity chef.Before being shot during a hijacking attempt ...
Opinion & Analysis
5 years ago

What started as volunteering work for chefs who were jobless during the hard lockdown has turned into something permanent - and thousands will ...
News
1 year ago

'My Kitchen Rules SA' judges David Higgs and J’Something hosted a mass virtual cook-along in aid of charity — and made history in the process.
Lifestyle
6 months ago