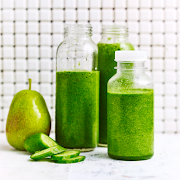 Packed with “superfood” leafy greens, this drink is full of vitamins, minerals, powerful antioxidants, phytonutrients and dietary fibre, while being low-carb, too. 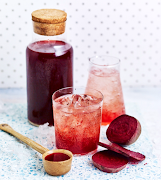 A kvass is a traditional fermented Slavic and Baltic drink. Its anti-inflammatory probiotics support your digestive system by improving the balance of healthy gut bacteria. It’s also a source of curcumin, which soothes your digestive tract and helps reduce inflammation.

It’s nonalcoholic and many compare it to a different kind of kombucha, yet way simpler to prepare.

You will need to start this three days ahead.

800g or 4 large beetroot, peeled and chopped into 4cm pieces 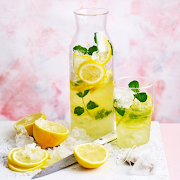 Green tea is a powerful antioxidant, which protects the body against disease; mint is a particularly good source of vitamin A; and lemon is full of vitamin C — a great pick me up.

A handful of ice cubes 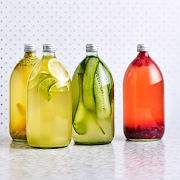 Traditionally, kefir is a fermented milk product of Russian origin made by using a culture of kefir grains composed of a number of different bacteria and yeasts. The yeasts ferment the sugar in the milk to create carbon dioxide and alcohol. Water kefir grains are available from health food stores or are readily available to purchase online.

Freeze leftover grains for up to 12 months — they can be used with other liquids to create an effervescent mixture. Some sugar is needed for this to work, which is mostly converted to carbon dioxide to produce a refreshing, healthy sparkling drink. Store water kefir soda, with flavouring added, in the fridge for up to two weeks.

Rich in probiotics, this sparkling drink is a healthy alternative to regular soda that helps to maintain the balance in your digestive system. The unique compound in kefir, called kefiran, also helps clear candida.

Preparation time: 30 mins plus three or four days of fermenting. You will need to start this recipe at least four days ahead.