Love bread? Try freezing and toasting it to be more healthy 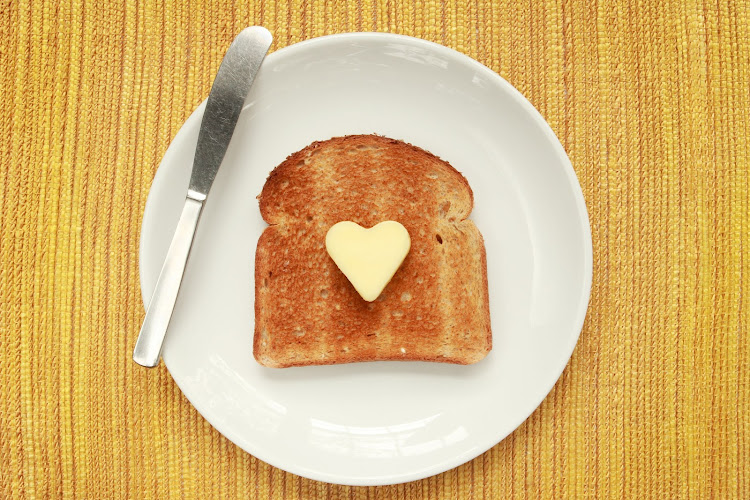 According to new research, toasted and stale bread is easier to digest.
Image: 123RF/soupstock

When it comes to health we are bombarded with conflicting messages that make the concept of eating more healthily quite confusing.

One guru I do follow for what I understand is his good, no-nonsense practical advice is Dr Michael Mosely. Based in the UK, the British doctor has spent years researching diets and is the author of best-selling books such as The Fast 800 and The 8 Week Blood Sugar Diet.

I make reference to him because I stumbled on some interesting research about bread and when his name popped up it pricked my interest.

I have mixed feelings about bread. On the one hand it’s my very best thing in life. I adore baking bread, chasing down good artisanal bread and, for me, there’s nothing better than hot bread straight out of the oven slathered with butter. On the other hand, I often omit it from my diet, or try to, in an effort to lose weight. And carbs are one of the things Mosley encourages to avoid when trying to lose weight.

Research  coming out of British university Oxford Brookes has discovered that the glycaemic response of bread — that is the speed at which starches break down when consumed into sugars which are then absorbed into the blood stream, or the process which spikes the blood sugar, giving the body the highs and lows which make one hungry for more — varies.

When fresh bread is frozen, defrosted and toasted, the makeup of the starch molecules changes, making it more resistant to digestion.

This causes a gentler blood sugar spike than fresh bread because fewer kilojoules are absorbed by the body. According to Mosley’s theories about freezing sliced bread, it should be a good wholemeal slice.

This same theory applies to stale bread, where it was discovered that, though less palatable, stale crumbs too have higher levels of resistant starch when compared with fresh bread.

Making berry jam is super easy and way better than the shop-bought variety.
Lifestyle
3 months ago

With Pecks Anchovette and Redro fish paste discontinued, our food editor put a recipe to the test and shares the results.
Lifestyle
3 months ago

No yeast? No regular flour? Five ways to bake bread without them

Innovative recipes for a yeast-free amasi soda bread, a flour-free cabbage bread and other tasty loaves
Lifestyle
10 months ago