Eaten across Asia and South America, dragon fruit is being grown in our backyard in Limpopo. Bridget Hilton-Barber went exploring 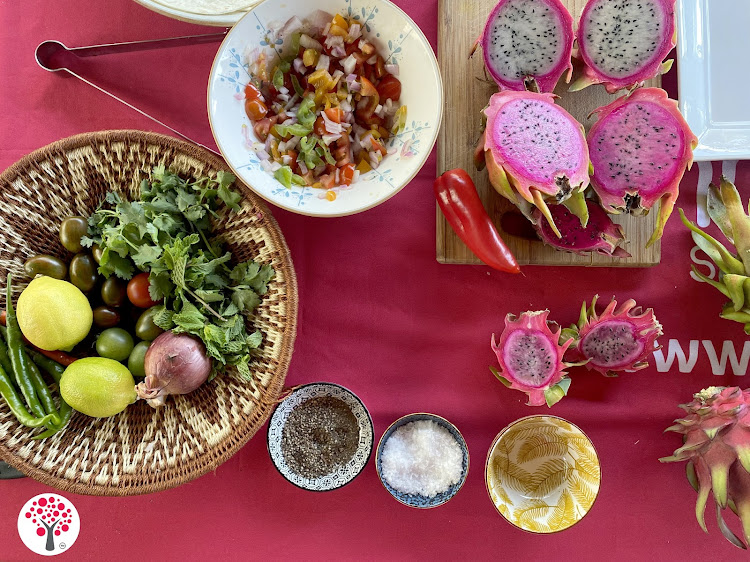 The deliciously sweet dragon fruit is being farmed on the magnificent Amorentia Estate & Nursery in the Politsi Valley outside Tzaneen.
Image: Supplied

A gentle country road leads through forests and farmlands, past dams and rivers, to the magnificent Amorentia Estate & Nursery in the Politsi Valley, about 20km from Tzaneen. Amorentia is one of the country’s largest exporters of macadamia trees, and propagates avocado trees, azaleas, camellias and other ornamentals, plus bonsais. It’s also the home of Amorentia Sweet Dragon Fruit.

Owner of Amorentia, businessman and farmer Howard Blight, spotted a gap in the market for dragon fruit and started growing them about six years ago. They’re basically a cactus that likes the subtropics and tropics, he says, with the outer flesh resembling the scales of a dragon, and the inside flesh varies in beautiful hues.

Commercial plantings are found in South East Asia (Vietnam exports over 1 million tonnes a year), south and Central America, northern Australia, Hawaii, Israel, southern China and more recently in the US. While less than 50ha of dragon fruit orchards have been established in SA, Blight believes there’s great potential from a climate, cost and nutrition point of view.

“We’re growing a new generation of deliciously sweet, red, pink and white fleshed fruit," says Lauren Strever, Blight’s daughter and brand ambassador for Amorentia Sweet Dragon Fruit. “Unlike the traditional dragon fruit selections that tasted bland, our cultivars are sweeter, and each one has a slightly different taste”. The fruit looks the same on the outside, but the inside flesh ranges in colour from creamy white to cerise, with evocative names like Sweet Azalea, Sweet Ballet, Sweet Coral and Sweet Fiery Kiss."

The dragon fruit is so nutritious and delicious it’s been declared a superfood. Due to its antioxidant properties, the dragon fruit slows down the ageing process. It can help lower blood sugar, it has immune boosting vitamin C and anti-inflammatory properties. Recent studies indicate that dragon fruit can prevent the spread of cancer cells in the body as it contains vitamin C, lycopene and carotene which have anti-carcinogenic properties.

The dragon fruit can be used in savoury and sweet dishes. It goes well in a salad with avocado, shrimp and feta cheese, and can be used in cheesecake, panna cotta and ice cream.  Beyond eating here are three simple ways to use it from the soon-to-be released Amorentia Sweet Dragon Fruit cookbook. 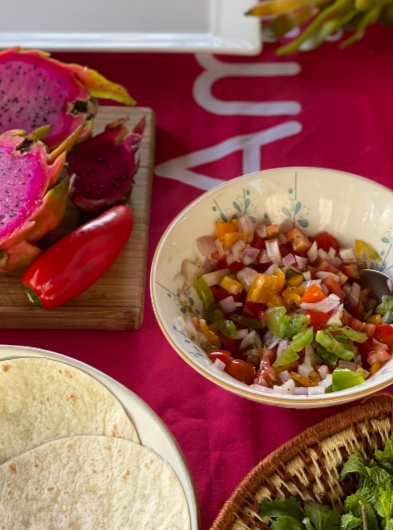 Gently combine all ingredients in a bowl. Serve with chips or tacos or use to top roasted vegetables. 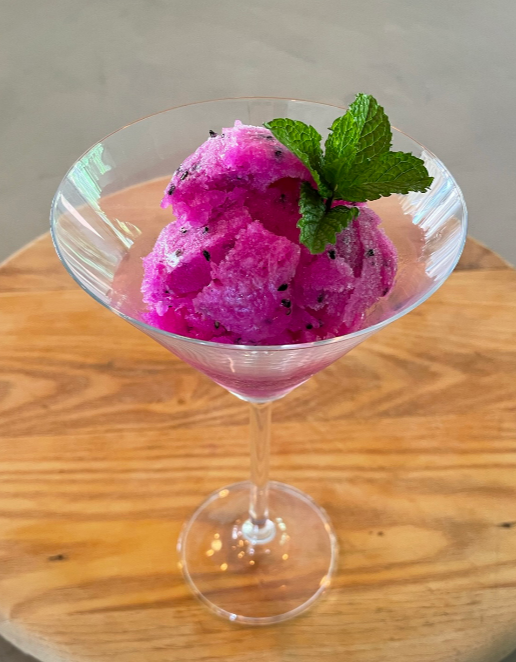 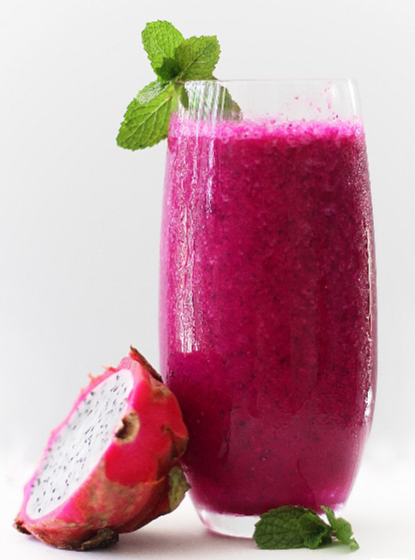 Zest and juice of 1 lime

Combine all the ingredients into your blender or smoothie maker and process till smooth and serve. DRINK THE FRUIT IN A PRETTY GIN

This being Limpopo, the dragon fruit has also been turned into a gin. The Old Packhouse Distillery is a short drive from Amorentia Nursery and uses the Amorentia Sweet Dragon Fruit in its gin, which is an unbearably sexy colour, never mind springy and zingy. Add in a slice or two of dragon fruit and a sprig of mint to garnish. www.theoldpackhousedistillery.com

The dragon fruit became a symbol of Vietnam’s national pride during the first wave of the pandemic in 2020. Due to its exports to China being shut down, tonnes of dragon fruit faced going rotten before a famous baker in Saigon called Kao Sieu Luc of ABC Bakery used the surplus fruit to make pink bread.

He shared his recipe publicly, it became a YouTube sensation and then he sold his recipe to KFC in Vietnam which debuted its KFC dragon fruit burger — a chicken burger with pink buns.

RECIPES | These two easy dishes use avocado in inventive ways

The cherry season may be short but the flavour everlasting with two easy show-stopping desserts.
Lifestyle
7 months ago

This sweet, delectable fruit is in season right now. Make the most of this moment with these fab ideas from starters to mains to deserts
Lifestyle
1 year ago

Granadilla lollies from the vendors on Clifton beach may make you jolly when you're on holiday, but when you're on a staycation there's nothing ...
Lifestyle
1 year ago