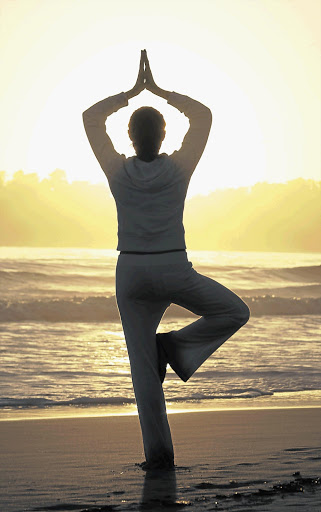 IN THE MOMENT: Mindfulness draws on the traditional breathing exercises used in meditation and yoga
Image: THINKSTOCK

The health benefits of yoga are said to be legion, everything from stress busting to lowering fat and stimulating the immune system. Now it may also help people with a common heart rhythm problem — at least, according to a US study.

The American Heart Association says that about 2,7 million people in the United states have atrial fibrillation (AF), in which the heart’s upper chambers quiver chaotically instead of contracting normally. It increases the risk of stroke.

Though people with AF are often prescribed drugs such as beta blockers to help control their heart rate and rhythm, the medicines don’t work for everybody, said researchers whose findings appeared in the Journal of the American College of Cardiology.

That’s where yoga could come in, said researchers led by Dhanunjaya Lakkireddy, from the University of Kansas Medical Center in Kansas City.

The study included 49 people who’d had AF for an average of five years. For three months, the researchers tracked their heart symptoms, blood pressure and heart rate, as well as their anxiety, depression and general quality of life.

For the second phase of the study, the same participants went to group yoga classes at least twice a week for an additional three months, again reporting on their symptoms and quality of life. All of the patients were on stable medications throughout the study.

Nonetheless, the number of times they reported heart quivering — confirmed by a heart monitor — dropped from almost four times during the first three months to twice during the yoga intervention phase. Their average heart rate also fell from 67 beats per minute at the start to between 61 and 62 beats per minute post-yoga.

Participants’ anxiety scores fell from an average of 34, on a scale of 20 to 80, to 25 after three months of yoga.

“People feel more empowered, they feel better, they feel stronger,” said W. Todd Cade, a physical therapy researcher from Washington University School of Medicine in St. Louis, who was not involved in the study.

Lakkireddy told Reuters Health that, for real help, yoga has to be incorporated into daily life, not just picked up for a few months at a time. Patients should also not expect a cure, but their arrhythmia may become “more tolerable,” and emergency room visits due to symptom flareups may be reduced.

“A lot of people ask, ‘Can I just do yoga and nothing else?’” Lakkireddy said. “I think that’s the wrong approach to take. Yoga is not a cure in itself... it is a good adjunct to what else these patients should be doing.”

Cade said future studies are needed to look at, among other things, whether yoga might help AF patients cut back on medication. Any possible benefits will also need to be confirmed - and better explained — in future research.