Does sugar make you sad? New science suggests so 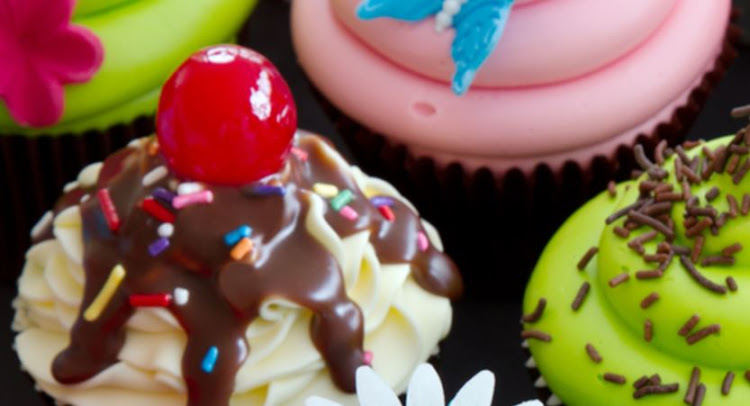 Cutting down on sugar is probably a good idea, regardless of whether it causes mood disorders or not.
Image: Ruth Black/Shutterstock

The thought of a cupcake, skillfully frosted with fluffy vanilla icing, may put a smile on your face, but research suggests that, in the long term, a sweet tooth may turn that smile into a frown – but not for the reasons you think.

In a new study, published in Scientific Reports, my colleagues and I found a link between a diet high in sugar and common mental disorders.

The World Health Organisation recommends that people reduce their daily intake of added sugars (that is, all sugar, excluding the sugar that is naturally found in fruit, vegetables and milk) to less than 5% of their total energy intake.

However, people in the UK consume double – in the US, triple – that amount of sugar. Three-quarters of these added sugars come from sweet food and beverages, such as cakes and soft drinks. The rest come from other processed foods, such as ketchup.

Since then, a handful of studies have investigated the link between added sugar consumption and subsequent depression.

Fighting the fat wars: which diet is the most healthy for South Africans?

In 2011, researchers in Spain found that when they grouped participants based on their commercial baked food consumption, those who ate the most baked food had a 38% increased chance of developing depression compared with those in the group with the lowest intake. The association remained even after accounting for health consciousness and employment status.

In 2014, researchers studied the association between sweetened beverages in a large US group. They found that sugar-sweetened and artificially sweetened drinks (diet drinks) could increase a person’s risk of developing depression.

Trying to explain the link

We are still not sure what causes depression, but some researchers believe that biological changes are at the root of it. Some of these changes could be influenced by sugar and sweet taste.

For example, a study in rats found that diets high in sugar and fat can reduce a protein called BDNF that influences the growth and development of nerve cells in the brain. This protein is thought to be involved in the development of depression and anxiety.

Another possible biological cause is inflammation. High sugar diets can increase inflammation – a protective reaction of the body, normally directed against microorganisms or foreign substances. While common signs of inflammation, such as redness, are far from a mood disorder, the symptoms that keep us in bed with a cold are much closer, such as low energy and being unable to concentrate. Ongoing research suggests that mood disorders could be linked with inflammation, at least in some cases.

Dopamine is another possible culprit. A study using rats earned headlines for suggesting sweet foods could be as addictive as cocaine. This might be due to affects on dopamine, a brain chemical involved in the reward system. Dopamine is also thought to influence mood. And addiction is itself associated with a higher risk of developing a mood disorder.

Finally, sugar intake could be associated with other factors, such as obesity, which itself is related to mood.

But these associations could also reflect a reverse phenomenon: low mood could make people change their diet. Sweet foods could be used to soothe bad feelings by providing a short-term mood boost. And low mood and anxiety could make simple tasks, such as grocery shopping or cooking, so difficult and exhausting for the sufferer that they might start to avoid them. Instead, they might opt for junk food, takeaways and ready meals – all of which have a high sugar content.

What our study adds to the debate

For our latest study, my colleagues and I put the reverse association idea to the test. We used sugar intake from sweet food and drinks to predict new and recurrent mood disorders in a group of British civil servants. We also investigated whether having a mood disorder would make people more inclined to choose sweet foods and drinks.

We found that men without a mood disorder who consumed over 67g of sugar had a 23% increased risk of suffering from a mood disorder five years later, compared with those who ate less than 40g. This effect was independent of the men’s socioeconomic status, physical activity, drinking, smoking, other eating habits, body fatness and physical health.

We also found that men and women with a mood disorder and a high intake of sugar from sweet food and drinks were at higher risk of becoming depressed again five years later, compared with those who consumed less sugar. But this association was partly explained by their overall diet.

We found no evidence for a potential reverse effect: participants did not change their sugar intake after suffering from mood disorders.

Despite our findings, a number of questions remain about whether sugar makes us sad, whether it affects men more than women, and whether it is sweetness, rather than sugar itself, that explains the observed associations.

What is certain, though, is that sugar is associated with a number of health problems, including tooth decay, type 2 diabetes and obesity. So cutting down on sugar is probably a good idea, regardless of whether it causes mood disorders or not.

• About the author: Anika Knüppel is a PhD Candidate in Epidemiology and Public Health at UCL in London.

• This article was first published in The Conversation.