He Said, She Said

What you're doing wrong in the sack 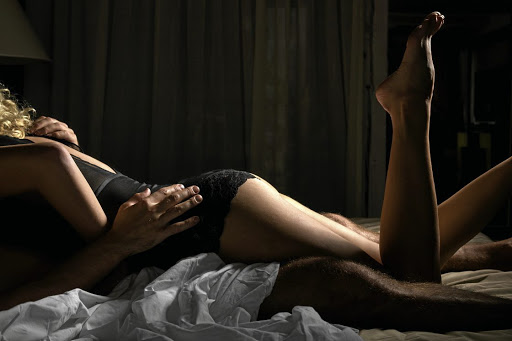 If all else fails, just remember to arch your back and 'everything will turn out fine'.
Image: Supplied

GUYS, JUST ADMIT YOU WERE TRYING YOUR LUCK: PAIGE NICK

Well I know what women get wrong in general, but that's easy. At one point I'd had more than 19 consecutive first dates. I certainly wasn't getting anything right.

Some of the things women have been doing wrong since the beginning of Cosmopolitan magazine include stressing about cellulite and allowing the world to con us into removing all our hair from our necks down. All wrong.

But figuring out my own gender's shortcomings isn't my assignment.

So let's rather focus on a few things I think the men get wrong.

We can get the obvious ones out of the way quickly, such as being sick, your remote-control technique and stacking the dishwasher - all wrong.

You've clearly been getting ruling the world wrong too, but maybe we shouldn't talk about politics, sex is so much less of a minefield. So here are a few things guys get wrong in the bedroom.

The difference between masterbation & 'misses'bation

Like when you try your luck with the wrong hole and then, when things don't go your way, you pretend it was an accident. No guy is that bad at geography. You're doing it wrong.

If you've ever tried to high five or fist-bump a woman after sex, you're getting it wrong. I'm not the quarterback on your team, guy.

If you've ever tried to high five or fist-bump a woman after sex, you're getting it wrong

Wearing socks during sex? I can guarantee you're doing it wrong. It's never cold enough to warrant that, not even if we're screwing in an igloo in the outer Arctic.

And coming to bed in a onesie? Are you an adult male? You're doing it wrong.

And, most importantly, if we're in the middle of an argument, just so you know, whatever it is you're doing in that moment, you're doing it wrong.

There's a worn-out sentiment that's particularly true to men; Sex is like pizza - even when it's bad, it's still pretty good.

A common misconception well-documented on all ''Moms Who Love Wine" blogs is that women don't really need to do much work and it's up to the man to know what's going on - and we botch it up all too often.

Here are a few quick tips.

But I'm not here to talk about the sexual ineptitude of men. I have a black belt in sex; I've got nothing to worry about. I'm here to talk about sure-fire ways that women commit involuntary mood-slaughter and have men checking their watch every ten seconds.

These, in the bedroom, are what religion and politics are to conversation.

These are the top five things women do wrong during sex:

1) I don't know what the latest Cosmo has declared as the new ''in thing" - but do not slip your thumb up my bum. The real men still present prefer our steaks rare, our jeans unskinny and our anus inviolate.

3) Bringing out comparisons with ex-boyfriends will have a Freestate man bringing out the shotgun. Don't do it.

4) Taking role play to necrophilia levels. Don't just lay there like a starfish, get involved. Show us those tricks you learnt from reading Paige's articles.

5) Lastly, insecurity isn't sexy. Initiate the action from time to time and flaunt what you've got. If all else fails, bend at the waist, not at the knees, remember to arch your back and everything will turn out just fine.

• E-mail us if there are any topics you'd like to hear about from a She Said/He Said point of view: amillionmilesfromnormal@gmail.com

Why being 'friends with benefits' is ALWAYS a bad idea

Paige Nick and Jason Mykl Snyman reveal why being 'friends with benefits' isn't always all it's cracked up to be Isn't it just a bit of an insult?: ...
Lifestyle
4 years ago
Next Article