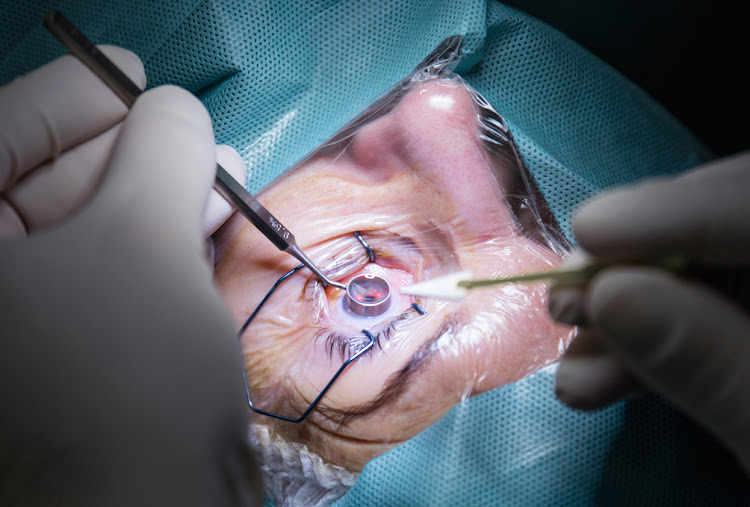 The outlook is bleak for the 1‚738 adults and 146 children on the national corneal transplant waiting list.
Image: iStock

"Somebody else can see the world through her eyes due to my mom's cornea organ donation‚ and what a lovely view of the world it is."

Karin Clarke's mother's corneas were harvested and donated in 2009 when the family made a decision to donate their parents‚ Alan and Marita's organs following a deadly car crash in Cape Town.

"My mom was a wonderful person and always so positive so the person seeing through her eyes probably now has a very positive outlook‚" said Clarke.

But the outlook is bleak for the 1‚738 adults and 146 children on the national corneal transplant waiting list.

A 15-year-review of corneal donations in South Africa has found a "gross shortage of corneal tissue available to ophthalmologists".

Corneal transplants can restore or significantly improve the vision of 11% of blind or severely visually impaired children and 4% of blind adults in the country.

The review published in the latest edition of South African Medical Journal suggests that the rapid decline in corneal donations between 2005 and 2008 coincided with legislation affecting forensic mortuaries.

"Before 2006‚ the South African Police Services controlled and managed the forensic mortuaries. Eye bank directors had liberal access to information on deceased persons in the mortuaries and were therefore easily able to identify potential donors and contact their next of kin. This made mortuaries the main source of corneal donors at the time‚" the study found.

But in 2006 the national health department took over and placed heavy emphasis on ethics and confidentiality‚ restricting access to information of possible donors. The new protocols called for written consent from next of kin.

"Given the fact that the time from death to the harvesting of corneas should ideally be within 12 hours‚ this was very seldom possible. The result was a rapid fall in donors originating from the forensic mortuaries from 2006 onwards.

"By 2007‚ this source of corneal donors had fallen to levels below that of donors originating from private hospitals‚ and these numbers continued to decline."