Save the implant! Contraception experts call for urgent action 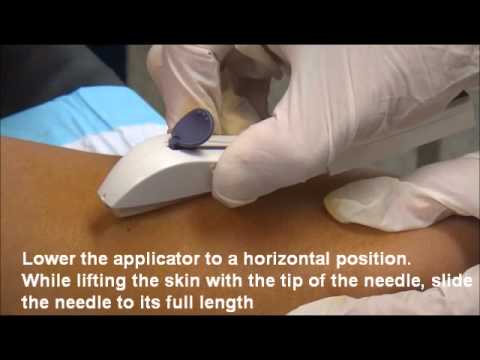 The lacklustre launch of a revolutionary contraceptive implant could have scuppered hopes of a dramatic reduction in unplanned pregnancies.

Reproductive health experts say inadequate training has left family planning clinic staff ambivalent and even negative about the device‚ which is implanted under the skin of the upper arm and lasts for up to three years.

In a South African Medical Journal editorial after the first evaluation of the Implanon NXT rollout‚ the experts say urgent action is needed to save the implant as a contraceptive option that is particularly well suited to adolescents and young women.

“The worst-case scenario — withdrawal of the implant from the method mix owing to dwindling uptake — is not as implausible as it might seem‚” say Saiqa Mullick‚ Matthew Chersich and Helen Rees of the Wits Reproductive Health and HIV Institute‚ and Yogan Pillay‚ a deputy director-general in the health department.

“Difficulties with new methods‚ when left unaddressed‚ often lead to their discontinuation.”

The possibility that the popular Depo-Provera contraceptive injection could be withdrawn‚ after a World Health Organisation warning that it may increase women’s risk of contracting HIV‚ “provides a particularly compelling reason for shoring up the performance of implant provision”‚ they say.

The October edition of the medical journal contains three articles evaluating the rollout of the implant in public sector health facilities since 2014.

The experts say that after high initial uptake‚ it now accounts for 7% of contraceptive use but has been plagued by poor training and targeting‚ as well as inadequate management of side effects such as heavy bleeding and headaches.

Writing about the experience of 152 women from clinics in Johannesburg and North West‚ Wits academics and others say three-quarters rated the implant “good” or “very good”‚ but most of the 61 women who had the device removed within a year were unable to tolerate the side effects.

Some women said their partners encouraged them to have the implant removed. “He was starting to get irritated by the fact that I was always sick and obviously we couldn’t have sex on a regular basis‚” said one.

The researchers say the implant’s initial popularity has been affected by gossip about the side effects. “Rumours‚ based on partially accurate information‚ appear to have accrued rapidly‚ despite many women being very satisfied with the method‚” they say.

“These perceptions may become entrenched within popular culture unless they are redressed soon.”

In their editorial‚ the Wits experts say the implant’s potential to make a “major contribution” to reducing unplanned pregnancies is beginning to be realised‚ but “gains could be substantially extended”.

They call for refresher training‚ emphasising counselling on the implant’s effectiveness; sharper targeting of women best suited to the device; improved management of side effects; and a campaign to remind clinic staff that most women are satisfied with the implants.

They also want contraception to be much more widely available‚ saying restricting it to family planning clinics “may well be responsible for the slow progress made in reducing unintended pregnancies”.