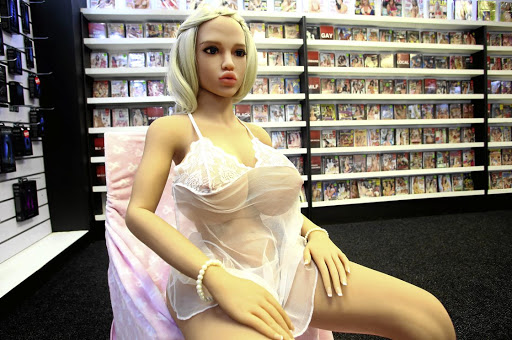 In many a frat house, pub and space where straight male friends discuss the fairer sex, there are fantasies bandied about concerning a mythical world. This paradise is populated by women who actually find our jokes funny, are not judgmental about the 67 seconds of zealous thrusting that constitute our best lovemaking and could not be bothered by the fact that your meat spear is more of a partially nibbled Vienna. In this world your obsession with World War 2 aircraft specs is a riveting topic of conversation and all your opinions are treated as immutable fact.

Get ready, because the realisation of that fantasy could be much closer, temporally and geographically, than you think.

Luvland recently became the first adult franchise in South Africa to import and sell the JYDOLL, a variant of the life-sized sex dolls that have the international adult industry aflutter. The doll weighs as much as a real woman and is made of a "thermoplastic elastomer material", which means she feels more "real" than a plastic phallus.

The sex dolls are moulded on real women. This one weighs about 60kg and has all the orifices. It feels real and can be put into any position

"The sex dolls are moulded on real women. This one weighs about 60kg and has all the orifices: ears, mouth, nose, anus and vagina. It feels real, is portable and can be put into any position," says Patrick Meyer, operations manager at Luvland.

The 60kg "this one" he refers to is named Tiffany and her come-hither stare was fixed resolutely on a blank space on the ceiling when I tentatively shook her hand.

Tiffany, with her toffee skin and brown hair, came to this country as part of a small bevy of sex dolls whose mission was to test demand in the South African market.

"We were in China in October, where I ordered six of them. They were delivered a few weeks later and now we've only got one left. I've got another 45 coming in January," says Meyer.

Advances in artificial intelligence and other technologies have turned sex bots and dolls into the hottest new buzzword in the adult industry. Gone are the days when you had to attach an air pump to your lover. Now, depending on your budget, she could moan, crack jokes and potentially even read you the news.

Harmony is the latest brand ambassador for this next generation of sex toys. She's essentially an animatronic sex toy in parts. Her brain is an Android app developed by Realbotix. In this form she lives on whatever device you decide to download her onto. She makes jokes, answers questions and loudly wonders about the size of your penis.

The second piece of the Harmony puzzle is provided by a US sex-doll company called Real Doll. It, in conjunction with Realbotix, is putting the finishing touches to a vessel for Harmony's mind. Said vessel will have eyes and mouth that move and, eventually, cameras that are able to track movement and sound. She won't be as good at sex as a real woman, but for her creators the goal is to create a companion.

In an interview with technology news website Engadget, Matt MacMullen, the CEO of Real Doll, said: "What initially seemed like the Ferrari of sex devices proved to be something more for the people who actually buy them. They have sort of become companions and what I started to notice is that people sort of started imposing personalities on their dolls." 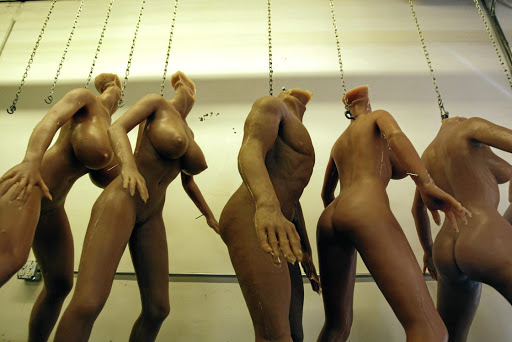 It was not a large jump from people imposing personalities in their sex dolls to giving the dolls actual personalities, among other things.

"It is engineered in such a way that it is going to learn from the different interactions that it has," he said, outlining the fact that each person will have a different version of the doll depending on how one sets up its customisable personality and how one engages with it from that point.

"People have asked me if I'm asking the dolls to replace women and that has really never even been on the radar. It's an alternative form of relationship, that's all."

As much of a focus as personality is, the sex dolls of the future are still going to have enough sex gadgetry on them to make that old blowup doll in your cupboard look like a telegram machine.

It is expected that in the very near future - think before the next Olympics - animatronic sex toys will be equipped with self-lubricating vaginas, heat and touch sensors and all manner of doohickeys to make the sensation as real as possible.

The Harmonys and Tiffanys of the world may only be approximations of real women, but their arrival has stirred up a number of serious questions about their potential effects on the lives of real women.

Dr Kathleen Richardson, a senior research fellow in the ethics of robotics at De Montford University in the UK, is concerned that the increased sophistication of robots that are essentially non-human sex slaves could have dangerous side-effects for our value systems.

In an article in the London Telegraph she said: "If you didn't have prostitution, you couldn't have the idea of a sex robot or a sex doll. They are an outcome of a way of reflecting on a human person as if they were a thing."

This concern birthed a campaign called "Campaign Against Sex Robots", which argues against the development of robots or AI that mirrors, reproduces or contributes to current gender inequalities.

Richardson is not alone and there is currently a running back and forth concerning the ethics of sex robots that encompasses everything from whether robots can have rights to whether or not it even matters if robots are slaves. After all, they were made to serve us, right?

For many people however, sex dolls are neither the topic of a third-year philosophy class nor are they toys. Luvland's Meyer, for instance, is quick to claim that the majority of the dolls he brought into South Africa have been bought by disabled people and others who, for whatever medical reasons, may struggle to have sex with a real woman. Having a quippy robot can also be therapeutic for people with social anxiety disorders.

That said, there is a debate going on about the merits of sex dolls for paedophiles. As discomforting to read as it is, there are sex dolls that mimic the dimensions of young girls. Some of the smallest of them stand at 100cm tall, weigh 12kg and have a 58cm chest - the dimensions of a five- or six-year-old.

The argument for their production essentially states that if you provide a doll for that kind of deviancy then you help keep real children safe. For many that argument is thin at best.

It is not a road Meyer is interested in walking down. "We absolutely won't touch those or anything near those sizes. They are also banned in the UK," he says.

Like all things sex-related, the rise of sex dolls and bots tickles us in all the right spots. It is a bit like looking in a quirky circus mirror only to start noticing scary shapes behind you when you look too hard.

Much like many of the current debates around virtually everything robotic, sex bots are talking a big game but standing beneath a sign that looks suspiciously like "Underdelivery". They're certainly interesting but hysteria has overblown their capabilities and if hysteria weren't so much fun to participate in, we would admit that we know it.

Cliched as it may be, the future is here; we can and should talk about it. Within decades we've become reliant on technology and robots are ...
Lifestyle
4 years ago

So perhaps the real reason sex robots and AI in general pique so much of our interest is because of one of those scary shapes in the circus mirror that we are loath to look at but are fascinated by nonetheless. We've already made them in our own image and seem to be fast approaching the point where they become sentient. So when they do, will all these new robots call us God?

How do you clean them?

Generally all you need is a pair of gloves, dishwashing liquid and baby powder. The gloves are not compulsory but you'll want them. The folks at Real Doll are hoping that future-generation dolls will have detachable bits that you can lob into the dishwasher.

Can you rent one?

Not in South Africa yet, but if you find yourself in Dublin, unable to find a comely Irish lass, then for €100 (R1,600) you can get an hour's worth of rubber necking. Lumidolls in Barcelona is the world's only sex-doll brothel.

Are there male sex dolls?

How are they delivered?

In a box far too large to be inconspicuous. It may not necessarily have the words "GIANT SEX TOY" on the side, but people will notice. Maybe you can pretend it's a fridge.

Where can I find them?

There are a number of companies selling them if you are keen on shelling out upwards of R16,000. Luvland is the only local supplier at the moment but I'm sure DHL could bring you one from across the pond if you asked nicely.

How long do they last?

With the right care, a lifetime - or however long it takes for your religious mother to find yours and condemn it to the fiery pits of the church incinerator in an attempt to save your soul.