Do you hug left or hug right? The answer says a lot about how you feel 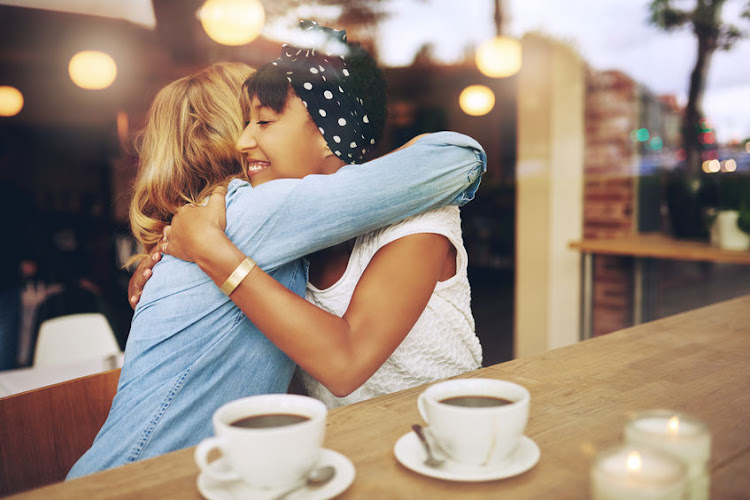 The direction you hug someone from says a lot about how you feel about them, according to a new study.
Image: 123RF/langstrup

Next time you hug someone — in real life‚ not the emoji version — your feelings will drive you to the left or right side for the embrace‚ a new study has found.

Researchers found that you are more likely to hug a person from the left in emotional situations‚ regardless of whether they are positive or negative. Neutral hugging – for instance‚ when greeting someone - tended to be from the right side. Most people prefer right-sided hugs‚ prior studies have found.

Left-sided hugs were linked to intense occasions after researchers observed more than 2,500 hugs.

Lead author Julian Packheiser‚ from Ruhr-University Bochum‚ Germany‚ said: “This is because of the influence of the right hemisphere of the brain‚ which controls the left side of the body and processes both positive and negative emotions.”

Science is on the side of Cupid: multiple studies suggest that kissing can do everything from help burn kilojoules to giving you an emotional high.
Lifestyle
4 years ago

At a German airport where people were saying hello or goodbye‚ they studied 1,000 hugs as examples of hugging in emotional contexts. In day to day situations across gender‚ “right-handed people tend to hug the other person from the right side‚ much more often than left-handed people”.

But an embrace between two men differed from the norm‚ with men showing more of a left-hand pattern even in neutral situations.

“Our interpretation is that many men consider embraces between men to be something negative; therefore‚ they tend to perceive hugs as negative even in a neutral situation‚ such as saying hello‚” co-author Sebastian Ocklenburg suggested.

From birth‚ people are hugged as a way of showing love and affection‚ a ritual which endures into old age. Hugs also reassure people when they are sad or scared or needing comfort.

Hugs help to protect people from stress and illness

Another bonus is that hugs helped to protect people from stress and illness‚ according to recent research by Carnegie Mellon University in the US.

Lead author Sheldon Cohen and his team tested “whether hugs act as a form of social support‚ protecting stressed people from getting sick”.

They found that people getting more frequent hugs from friends were less likely to be stressed or get infections. A hug a day could keep the doctor away‚ they said.

The latest paper‚ Embracing your emotions‚ was published in the journal of Psychological Research.