Could Siri replace personal trainers? Tech is changing the way we work out

Virtual reality, apps and voice recognition are radically transforming people's fitness regimes. Well, those people who can afford the gadgets that is

Once upon a time there was Verimark, promising godlike perfection from the Elite Orbitrek or sculptural strength from the Maxxus V-trainer compact - free shipping and money back guarantee included if you call now. And what's more, there's more...

But those Verimark ads have vanished from the consciousness of all but the most dedicated couch potatoes, who catch the repetitive demonstrations squeezed in between reruns of their favourite soapies.

And while there are still lots of higher LSM earners who clock in with their personal trainers and mid LSM earners who frequent the gym, technology has had a significant effect on the way people get fit, if you can afford the gadgets to go with it.

Steven Ward, chief executive of a leading not-for-profit body that champions physical activity, says: "With technology helping to dissolve the physical barriers that have traditionally dictated how we keep fit, we're entering a brave new world of innovation with exciting opportunities to get more people, more active more often. There's huge potential for emerging technologies like voice recognition and immersive fitness to shake-up our fitness regimes."

A plethora of games and training programs is being designed to pep up indoor workouts and enable remote race participation through simulated environments and sensor-laden exercise machines. 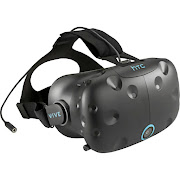 Part of the game's appeal, says Wired Magazine, is that thousands of people around the world log into Zwift daily, participating in group rides, workouts, and races - which enables athletes to vie and train with other riders of similar ability.

But though Zwift enables riders from all over to train together on any number of simulated routes, the gear needed and the cost means that for now the sport will not be democratised.

The same applies to Virtual Runner, a popular app that allows runners to interact with race courses, popular running routes and scenic locations on any treadmill.

There's also Virtual Active, a play-video experience designed to enhance your cardio workout. Imagine your dream destination and the app on your screen will create the sense that you're running, hiking or biking through it. Not quite a full VR experience, but Icaros, a company that's developed aerial imaging software to create a virtual reality system, allows exercisers to feel like they're flying and diving.

Start-up Black Box VR has developed a full-body workout in the form of a 30-minute virtual reality game-like experience. A resistance training machine and an HTC Vive headset enable you to enter a virtual arena, where you compete against an avatar and, eventually, against other players. It's a gamified workout that can track your progress. Once again though, the cost is inhibitive.

There's a big market for apps that motivate you to get your training done. Some are compatible with fitness trackers like fitbit but there are many that work on their own.

Strava is a popular app with an emphasis on performance analytics - allowing you to compare your performance to other athletes who have completed similar workouts.

Sweatcoin is an app that awards points for walking or running outdoors and rewards your activity with gifts like the latest fitbit.

Last year it became the most downloaded health and fitness application in the US. According to Anton Derlyatka, Sweatcoin co-founder, the app aims to overcome tendencies to choose immediate gratification - like doughnuts or binge-watching videos - over activities like daily exercise that offer long-term benefits.

And while we're used to Amazon's Alexa and Apple's Siri identifying our voices and responding to our commands, the next step is likely to be us responding to their commands.

Alexa already has a variety of heart-pumping guided workouts programmed into her interface turning her into your own personal trainer (and getting you used to domination).

All the new developments in fitness tech are built around the promise that you're going to live longer, better, fitter, healthier and more productive lives.  Heads up: you're still going to die though!