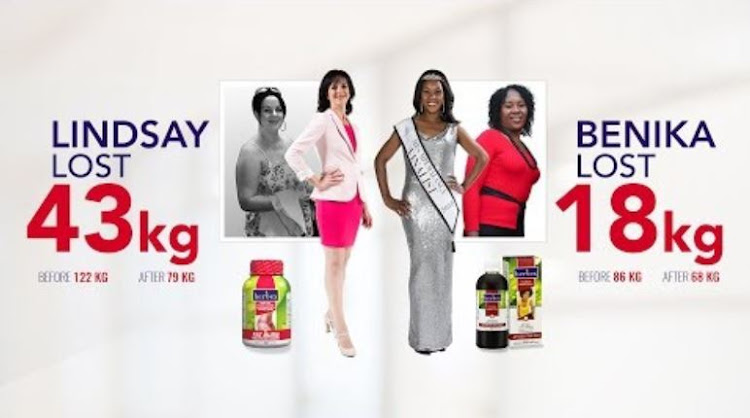 Consumer activist Dr Harris Steinman has challenged Herbex to conduct a “robust credible” study to confirm its claims that its products result in weight loss.

He specifically challenged the managing director of Herbex holding company Newgroup Holdings‚ Eddie Bisset‚ on his website CAMCheck.co.za on Sunday.

“I bet he will not‚ for he himself suspects or knows that the evidence will not.”

Steinman claims Herbex earns around R3-million per month for Attack The Fat‚ the weight loss claims for which made in a television commercial were found by the Advertising Standards Authority (ASA) to be unsubstantiated.

Steinman complained about the commercial for Attack The Fat. It features the testimonial of one Lindsay who claimed she lost 43kg since 2006 using Herbex slimmers.

Herbex is not a member of the ASA and said it would not submit to its jurisdiction.

Steinmain said: “We have argued for all these years that there is NO evidence that Herbex products have any effect on weight loss.”

He added the ingredients in Herbex products had either “never ever been used for weight loss‚ or been shown to be ineffective at high dosages with Herbex using them at ridiculously low dosages”.

According to Steinman‚ Attack The Fat contains a daily dose of 1.7 mg green tea and 1.7 mg garcinia while studies showed daily doses of green tea was ineffective between 270 to 1‚200 mg and garcinia between 1‚000 and 5‚000.

“Herbex relies on the fact that the South African Health Products Regulatory Authority (SAHPRA) (previously the Medicines Control Council) is doing nothing to police or enforce complementary medicine regulations.”

He added that ASA is the only body taking action.

“Herbex products are NOT registered by the MCC/SAHPRA‚ i.e.‚ have not been assessed for efficacy‚ safety or quality. Herbex could be selling sea sand as a weight-loss product and get away with it because of the regulatory vacuum.”

Herbex and Bisset hit back on Friday and said the ASA was not mandated by the SAHPRA to comment on “complementary medicine”.

ASA not mandated to comment on ‘complementary medicine’: Herbex

Herbex has slammed the Advertising Standards Authority (ASA)‚ charging that it is not mandated to comment on “complementary medicine”.
News
4 years ago

Steinman said without evidence‚ Herbex’s testimonials could be placebo responses.

“A well-known study of 114 obese individuals assessed a sham weight-loss supplement for 12 weeks. One individual lost over 29kg with a placebo. Testimonials need to be based on proper evidence‚ and not a belief – even if ‘supported by an affidavit signed by the featured customers’. Individuals who really believe that they were abducted by aliens‚ would also ‘support this claim by an affidavit signed by’.”

Steinman said it was “highly unlikely” that Herbex products were “carefully researched and formulated by industry professionals before going to market” as they claimed.

“Over years in combating scam and unsubstantiated products‚ we know that there are ‘experts’ and ‘professionals’ who are prepared to substantiate these products‚ either for financial gain or incompetence. Some knowingly lie. We know of at least four professors‚ a number of doctors‚ and a range of other ‘experts’ who have done so.” Herbex submitted their product information to SAHPRA for registration. Steinman said this did not mean SAHPRA would register its products.

Herbex said on Monday it would no longer comment on this issue.

The Advertising Standards Authority (ASA) has found that weight loss claims made by Herbex in its television commercials are unsubstantiated.
News
4 years ago