Is your cappuccino giving you cancer?

Evidence shows that acrylamide, which is found in coffee, is probably a cancer-causing substance 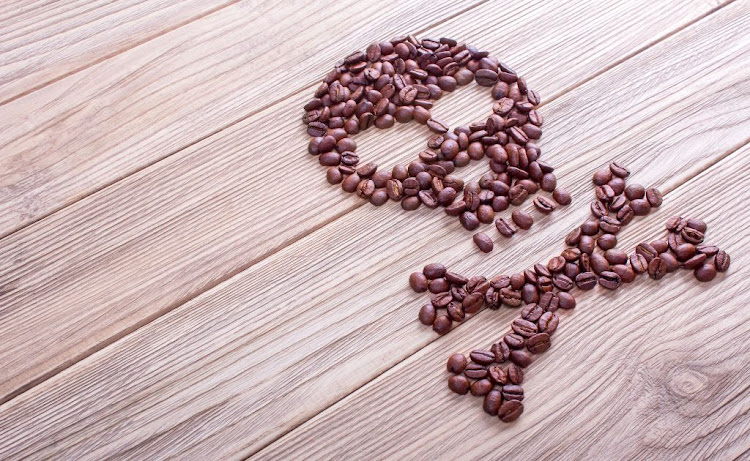 Nobody disputes that coffee contains acrylamide or that acrylamide causes DNA damage, but it’s how much you consume that is important.
Image: 123RF / Adragan8

"While plaintiff offered evidence that consumption of coffee increases the risk of harm to the fetus, to infants, to children and to adults, defendants’ medical and epidemiology experts testified that they had no opinion on causation."

A California judge recently ruled that Starbucks and other coffee companies in the state must serve the drink with a cancer warning. The legal issue comes from the presence of acrylamide in coffee. This chemical is typically found in many foods with a high carbohydrate content that are exposed to high temperatures, including cakes, potato crisps, bread and cereals. Evidence shows that acrylamide is probably a human carcinogen, a cancer-causing substance.

The acrylamide in coffee is formed early in the roasting process, which turns the fresh green beans the dark brown colour we are familiar with and gives coffee its deep bitter flavour. Once inside the body, acrylamide can be converted to another compound, epoxide glycidamide, and both of these chemicals can bind to and damage our proteins and DNA. Damage to DNA can be the first step in the development of cancer, and acrylamide also interferes with DNA repair.

Once inside the body, acrylamide can be converted to epoxide glycidamide, and both of these chemicals can bind to and damage our proteins and DNA

The problem with the recent court ruling was that person bringing the case only needed to show there were trace amounts of acrylamide in coffee in order to succeed. This is where the reality of our lifestyles makes the ruling seem over-cautious.

Nobody disputes that coffee contains acrylamide or that acrylamide causes DNA damage, but it’s how much you consume that is important. The risk is really related to the total sum of exposure over a lifetime, but one estimate suggests an 80kg adult consuming less than 208 micrograms of acrylamide a day should not have any increased risk of cancer.

The main lifestyle choice that exposes people to toxins is smoking. Each cigarette contains around 2.3 micrograms of acrylamide, among a cocktail of other carcinogens. But all the foods we roast or fry to get delicious caramelisation also contain acrylamide. So non-smokers’ lifestyles are not acrylamide-free, with 5 micrograms in a slice of toast or 7 micrograms in a bag of potato crisps, as examples.

A cup of coffee fits into our daily acrylamide exposure at around 0.9 micrograms to 2.4 micrograms per 150 millilitre cup. But every cup also contains a diverse array of anti-oxidants and other compounds thought to have positive health effects (outside of pregnancy).

Should coffee be classed as a health drink?

The same group of scientists (working for the World Health Organisation), who classified acrylamide as probably carcinogenic, found there was no conclusive evidence that drinking coffee caused cancer. In fact, they suggested coffee drinking may protect against liver and endometrial cancers and more recent studies have supported this idea. In 2016, the WHO took coffee off its list of possible carcinogens.

Scientists’ original concern over coffee drinking followed studies that suggested a possible link with bladder cancer. But closer analysis of the data and larger scale studies showed that the original research was confused by not taking account of smoking habits. It’s possible that coffee drinking interacts with smoke carcinogens to increase the risk of bladder cancer for smokers. In non-smokers, there is no robust evidence of a link between coffee and bladder cancer.

If you’re still worried about the acrylamide in coffee, it’s worth noting that less acrylamide seems to make it into the cup when the coffee is filtered

If you’re still worried about the acrylamide in coffee, it’s worth noting that less acrylamide seems to make it into the cup when the coffee is filtered than made using the espresso method. The choice of beans and roasting time might be important too since Robusta contains more acrylamide than Arabica, and darker roasts contain less than lighter ones.

Acrylamide isn’t good for you but the amount present in coffee makes no observable contribution to cancer risk. There is no strong evidence for a link between drinking coffee and developing cancer. While there have been occasional studies suggesting an increased risk in bladder cancer, overall the vast majority of rigorous studies suggest that if coffee drinking has any effect at all it actually offers a mild protective effect from some cancer types.

Annie Anderson, professor of public health nutrition at the University of Dundee

This article provides a fair, evidence-based reflection on coffee and cancer with a focus on acrylamide. The science sources cited are robust and the case well made for coffee being one source of acrylamide, which is the one component indicated as a carcinogen. The work from the WHO scientists is particularly notable in this respect.

Acrylamide is a nasty carcinogen and keeping intakes down is highly recommended, as a UK government report recently reaffirmed, and especially for pregnant women.

Coffee is one source among many (others are mostly high starch foods cooked at high temperature). Cutting back on these foods is all well and good but the amount of acrylamide we consume is probably more determined by what the food industry feeds us, the raw ingredients it uses, the cooking temperatures in processing and so on. Worrying about the relatively small amounts of acrylamide consumed through coffee is not half as helpful as what the industry action could do.

Recent research showing a link between ultra-processed food and cancer risk means we need to think way beyond coffee and remember that, as part of a plant-based diet, it may actually be protective against at least two cancers.

• Simon Baker is bladder cancer researcher at the University of York.

• Annie Anderson is professor of Public Health Nutrition at the University of Dundee.